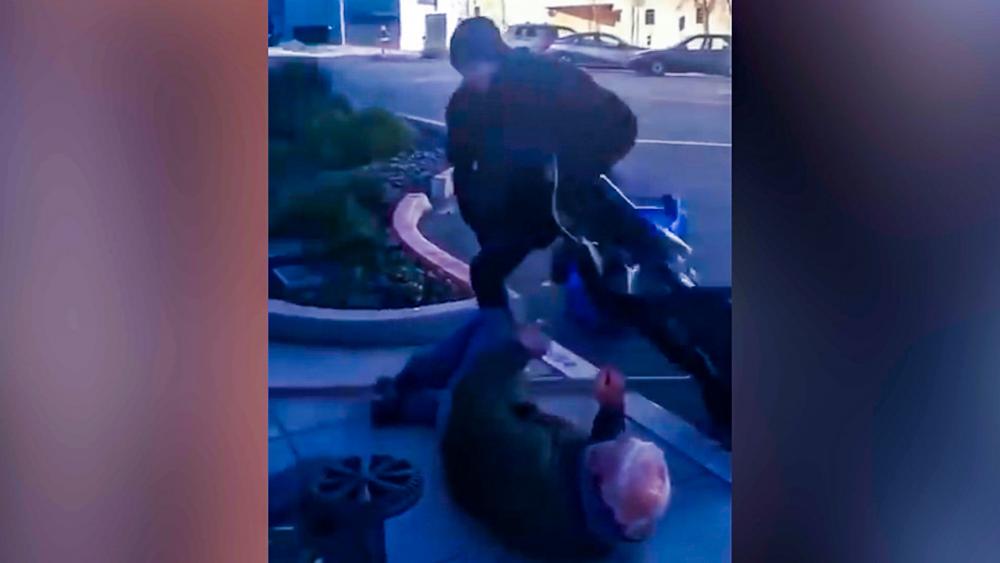 Shawn Carney reports for LifeNews, March 27, 2019, that an 85-year-old man who was peacefully praying outside a San Francisco Planned Parenthood, was physically attacked, knocked to the ground, and viciously kicked again and again.

On March 19, 2019, a man approached the 40 Days for Life peaceful vigil outside a San Francisco Planned Parenthood, and threw a sign, a table and pro-life literature into the street. He then knocked to the ground two male pro-lifers, including Ron.

Two days later on March 21, the assailant returned, and snatched the 40 Days for Life banner. Ron tried, unsuccessfully, to stop the theft of the banner by putting a stick into the spokes of the assailant’s bicycle. The man threw Ron to the ground and violently and repeatedly kicked him while yelling, “Stay on the ground, old man!”

The attacks were reported to law enforcement, and police officers took statements from the victims. Ron was treated by paramedics at the scene. It is not clear whether a formal investigation has been launched.

Although Planned Parenthood has video surveillance of the area including the attacks, reportedly they are unwilling to release the video or assist in the pending investigation.

“40 Days for Life will always support and defend its vigilant and peaceful prayer volunteers. As a former elected prosecutor, I have reviewed thousands of cases of violence, and anyone who would make such a brutal, vicious assault and robbery of an elderly, peaceful man should end up in the penitentiary where he can do no more harm. It is unconscionable that in the United States of America, law-abiding citizens are not free to peacefully express their opinions without the fear of thugs like this. I hope that the great City of San Francisco, which has so many protests of all types, recognizes and protects this basic American principle of Freedom of Speech by investigating, apprehending and punishing this shameful assailant.”