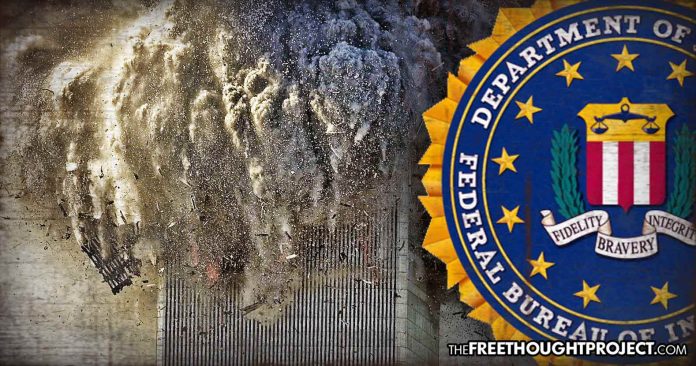 In yet another major move from the great folks over at the Lawyers’ Committee for 9/11 Inquiry, Architects & Engineers for 9/11 Truth, and 9/11 victim family members Robert McIlvaine and Barbara Krukowski-Rastelli, a joint federal lawsuit has been filed to assess any evidence the FBI may have known about that contributed to the destruction of the towers on 9/11 which they may have kept from Congress.

As TFTP previously reported, a monumental step forward in the relentless pursuit of 9/11 truth took place last December when a United States Attorney agreed to comply with federal law requiring submission to a Special Grand Jury of evidence that explosives were used to bring down the World Trade Centers. Then, earlier this month, the group behind the submission, the Lawyers’ Committee for 9/11 Inquiry, announced the filing of a “petition supplement” naming persons who may have information related to the use of said explosives.

If you’d like to help finance this lawsuit moving forward, you can donate to the group here.