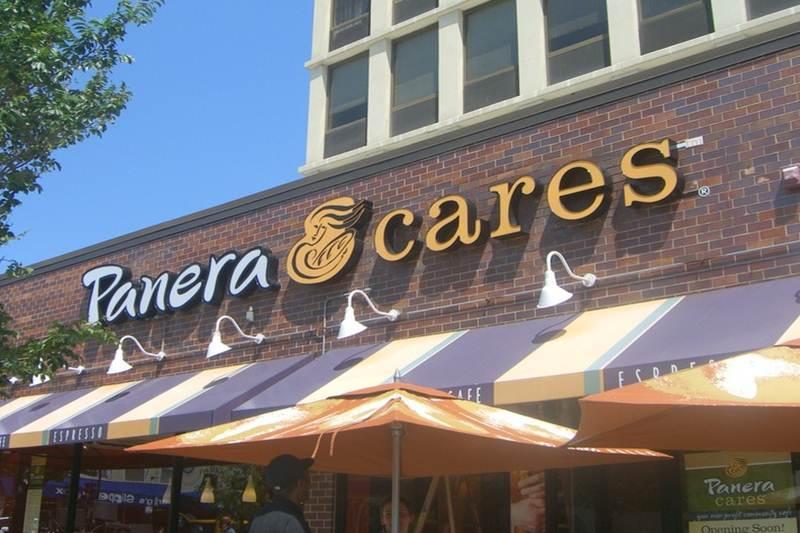 Panera Bread Company exemplifies one of the stubborn attributes of the Left: They persist in advocating socialism/communism, in spite of the testimony from history that it doesn’t work.

Not only has socialism-communism wrecked entire economies, a contemporary example of which is Venzuela, there are the horrific human costs. Bearing silent witness are the bones of HUNDREDS OF MILLIONS of those whom communist regimes had slaughtered in the 20th century.

But the Left insist that “they” didn’t do socialism/communism properly, and that “this time” they’ll make it work. As my erstwhile faux-socialist friend Stephanie so aptly put it many years ago: “I’ve made up my mind! Don’t confuse me with facts!”

In November 2010 in a pious TED talk, Panera founder and then-CEO Ron Shaich announced the inception of Panera Cares — a chain of six nonprofit “community cafés” in Dearborn, Portland, Chicago, Boston, and St. Louis, which operate on a “pay-what-you-can” model “to help raise awareness about the very serious and pervasive problem of food insecurity (hunger) in the U.S.”.

Customers pay whatever amount they “can” for food, while others are encouraged to contribute their free labor and pay more (“donate”) in accordance with “suggested donation amounts” listed for all menu items “designed to help you understand the cost of ‘paying it forward’ and assisting those who struggle with food insecurity.”

Overseeing the community cafés is the Panera Bread Foundation, an IRS-designated 501(c)(3) “private charity” launched in 2010 before Shaich’s TED talk, with the goal of helping the poor, providing education to at-risk youth, and promoting health and welfare.

Alas, human nature being what it is, although some people paid their “fair share” (whatever that means), many others simply took advantage of the communist “pay-what-you-can” model by paying little or nothing. The cafés reportedly were “mobbed” by students and homeless people looking for a free meal.

In February 15, 2019, Panera Cares closed its last communist café, in Boston. In an emailed statement, Panera Bread says: “Despite our commitment to this mission, it’s become clear that continued operation of the Boston Panera Cares is no longer viable.”

Now, the IRS is coming after the tax-exempt Panera Bread Foundation because, simply put, the “community cafés” didn’t do what they said they would do, i.e., feed people who couldn’t pay. A year after opening, because it was losing money, the supposed non-profit charitable “community café” in Portland began turning away those who couldn’t pay, banning students from visiting during school hours. The café even employed a “community outreach manager” to “gently usher out unwelcome diners” because, as Shaich told the Portland Tribune, “this is a cafe of shared responsibility and not a handout. It can’t serve as a shelter and we can’t have community organizations sending everybody down.”

Natasha Frost reports for Quartz, March 27, 2019, that according to a March 20 report on Law360 (which is viewable only if you register with a “professional” email address), the IRS has taken a closer look at this so-called nonprofit and says Panera owes a hefty tax bill going back to 2012 on annual revenues exceeding $7.5 million:

So far as the IRS is concerned, the cafés were primarily profit-making enterprises, rather than anything “inherently charitable.” (The fact that they closed because they weren’t making any money supports such a claim.)

Panera, in its defense, say it operated the cafés to literally feed the poor—what could be more charitable than that? In a slightly weaker line of argument, the company argues that it was providing “a valuable educational experience” by giving people of means the opportunity to “stand in line” with “individuals lacking means to purchase food.” These wealthier folk would “otherwise … rarely interact with someone who was hungry.”

To be deemed “publicly supported” by the IRS, organizations must take at least a third of their financial support from donations: Panera Cares Cafés’ public support made up close to 58%, the company said. It is not clear whether these were actually donations, in-kind donations of labor, or people simply paying above the sticker price on their lunch.