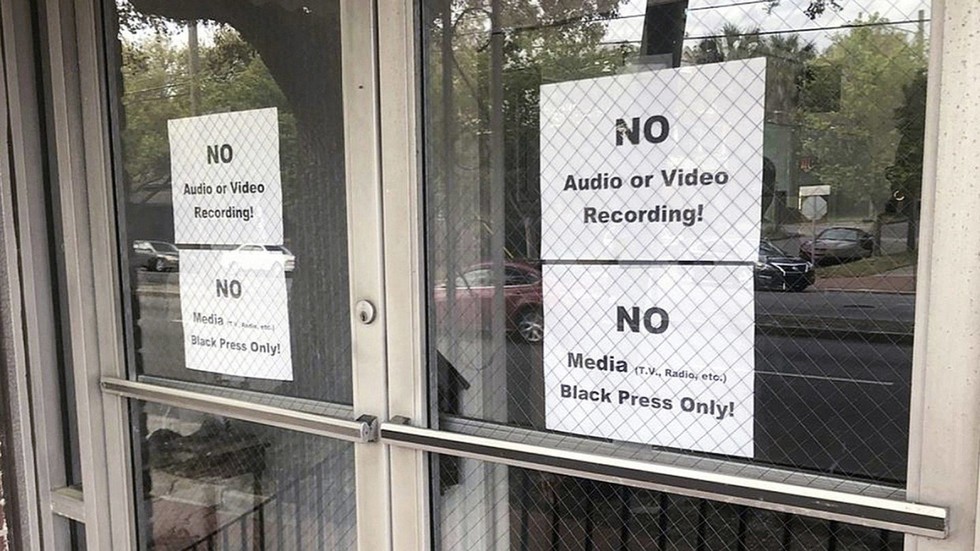 Journalists of all races are demanding answers after a Savannah, Georgia political strategy meeting – held in an effort to unite the city’s black community behind a mayoral candidate – barred all white press from entry.

A sign on the door of Bolton Street Baptist Church clearly read “Black Press Only!” before the Wednesday night meeting, organized by Rev. Clarence Teddy Williams. He refused to discuss the entry policy with media, several of whom were left on the wrong side of the door when the meeting began.

"Black Press Only!" Only black reporters were allowed inside a meeting to discuss the upcoming mayor's race in Savannah, Georgia. https://t.co/xLtV7zDVBw

Van Johnson, one of the two mayoral candidates who attended the event, told WTOC that he had been invited to speak to“a gathering of African American community leaders,” but was not made aware of the blacks-only press policy, which he called “unfortunate.” Like most of the American South, Savannah was legally segregated until 1963 – a policy no one seems interested in reviving.

Three black candidates have entered their names in November’s mayoral race in the hope of unseating Eddie DeLoach – Savannah’s first white mayor in two decades. Because the mayoral election is nonpartisan, all qualifying candidates appear on the ballot, meaning the black candidates could potentially split the vote, handing DeLoach another term.