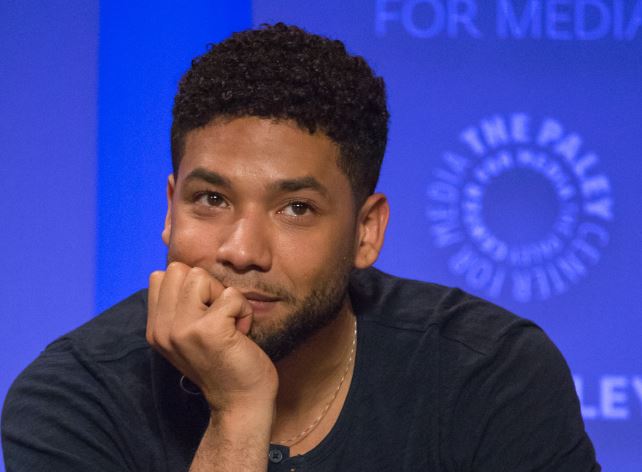 The city of Chicago threatened Jussie Smollett on Thursday with a new charge if he doesn’t pay $130,000 to cover overtime costs incurred by police during their investigation into a hate crime the actor allegedly staged against himself in January.

In a letter sent to Smollett’s attorneys, the Chicago Corporation Counsel requested that Smollett pay up within seven days, noting that the “Empire” actor could face a new charge for making a false statement if he doesn’t pay in a “timely” manner.

“[Y]ou made a police report in which you falsely claimed that two men had attacked you while yelling racial and homophobic slurs. The Chicago Police Department conducted an extensive investigation into this report,” the letter stated, according to the Chicago Sun-Times. “Over two dozen detectives and police officers participated in the investigation, ultimately spending weeks investigating the false claims, including a substantial number of overtime hours.”

"Please submit a money order or certified cashier's check payable to 'City of Chicago' … within seven days of the date of this letter." pic.twitter.com/qQd1Iz0hJw

“In an attempt to resolve this matter without further legal action, the City requires immediate payment of the $130,106.15 expended on overtime hours in the investigation of this matter,” the letter stated. “If the amount is not timely paid, the Department of Law may prosecute you for making a false statement to the City under section 1-21-010 of the Municipal Code of Chicago.”

The letter was made public just hours after Chicago Mayor Rahm Emanuel said on WGN Radio the city would bill Smollett for the entire cost of the investigation into the actor’s alleged hoax.

Smollett, 36, faced 16 charges for allegedly filing a false police report claiming that two individuals wearing “Make America Great Again” hats attacked him on the street with a chemical substance and a noose.

Prosecutors shocked the nation Tuesday when they abruptly dropped all charges against Smollett, citing the actor’s prior community service and his agreement to forfeit his $10,000 bail to the city of Chicago.

Emanuel said the $10,000 bond “doesn’t even come close to what the city spent in resources” investigating Smollett’s alleged hoax.

“They’re saying $10,000 and two days of community service is good enough,” Emanuel told CNN’s Wolf Blitzer on Tuesday. “I don’t believe, not only is it not good enough—especially when he’s walking around thinking he’s innocent.”

“He is also guilty of a moral crime,” Emanuel added, “which is to use the hate crimes to advance his career for his own selfish reasons.”

This article has been republished with permission from The Daily Signal.