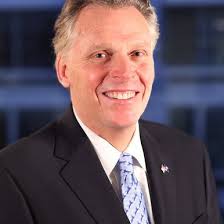 Is it too early to tout a McAuliffe-Abrams ticket?

Everybody and their cousin is jumping into the 2020 race. It doesn’t matter if you’ve barely held public office or have had more corruption scandals than brain cells.

Come on down, Terry.

Virginia Democratic Gov. Terry McAuliffe is the subject of an ongoing investigation by the FBI and prosecutors from the Justice Department’s public integrity unit, U.S. officials briefed on the probe say.

McAuliffe has been telling Democratic allies that he is leaning toward jumping into the Democratic presidential race next month, according to three people who have spoken to him. The former governor has long said he would make a decision by the end of March, with a potential announcement later in April.

McAuliffe has been flirting with the idea for a while. Under the Clintons, he was really close to the center of power. And its financial rewards. He racked up a legion of Clinton scandals, impressive even by Clintonworld scandals, which, considering McCabe, keep on coming even now and the Clinton email investigation.

Here’s a summary from that notorious right-wing publication, Mother Jones, of his past.

He cooked up the idea of essentially renting out the Lincoln bedroom during the Clinton administration as a fundraising vehicle, and he smashed all previous presidential fundraising records in the process. When McAuliffe was the Dems’ top fundraiser, a campaign finance scandal besieged the Clinton White House. Coincidence? No.

Or the New York Times.

A 2011 New York Times editorial chastised McAuliffe as “a walking symbol of the wretched excess of the Clinton years.”[36]

During the 1996 election, Martin Davis, a Democratic fund-raising operative, who later pleaded guilty to fraud in relation to their dealings, implicated McAuliffe in an illegal contribution swap scheme

In 2013, the Washington Post reported that McAuliffe used his political connections to generate big profits for himself while many of his the businesses he invested in failed.

Clearly, the 2020 candidate that the Dems deserve.