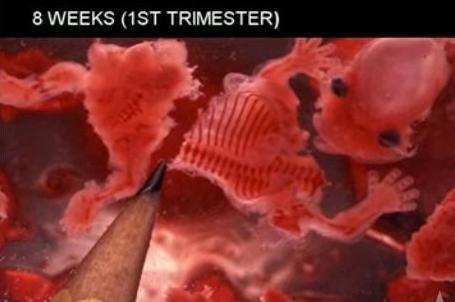 “Good and evil have not changed since yesteryear, nor are they one thing among Elves and Dwarves and another among men. It is a man’s part to discern them as much in the Golden Wood as in his own house.” –J. R. R. Tolkien

Founded in 1994, the Pontifical Academy for Life of the Roman Catholic Church is charged with promoting the Church’s consistent life ethic. Though considered an autonomous entity, the Academy is linked to the departments (“discasteries”) of the Roman Curia. The latter comprises the administrative institutions of the Holy See or the Vatican — the central body through which the affairs of the Catholic Church are conducted, which acts in the Pope’s name and with his authority.

In a statement in 2005, the first year of the pontiff of Benedict XVI, on the subject of the many vaccines that use cell lines derived from aborted babies, the Pontifical Academy for Life said that despite the potential benefits of using these vaccines, “there remains a moral duty to continue to fight and to employ every lawful means in order to make life difficult for the pharmaceutical industries which act unscrupulously and unethically.” Parents are urged to ask their physicians to use vaccines not derived from the cell lines of the fetuses aborted in the 1960s if such vaccines exist and, if they don’t, to write to pharmaceutical companies urging the development of alternate vaccines.

The Academy’s position in 2005 was consistent with that of Catholic theologians, who maintain that the use of these morally tainted vaccines constitutes “remote material cooperation,” which could be justified only in compelling circumstances.

That position is consistent with philosopher Immanuel Kant’s categorical imperative — that we should treat others as ends, not as means to our end(s). For Kant, treating another merely as a means to our own end or objective is immoral — and that is precisely why vaccines that are developed with cell lines from aborted human babies are immoral.

14 years later, the Pontifical Academy for Life of Pope Francis is singing a completely different tune.

In a statement released in July 2017 but only now made public by the Catholic News Service, the Pontifical Academy recognizes that many of the most common vaccines for measles, rubella and chickenpox are prepared from cell lines that originally were developed from a female fetus aborted in 1964 and a male fetus aborted in 1966. The Academy however says not only is it no longer “remote material cooperation” to use vaccines developed from cell lines of aborted children, it is the moral duty of Catholic parents to vaccinate their children for the good of their children and the community. And the parents can do so with a “clear conscience” that “the use of such vaccines does not signify some sort of cooperation in voluntary abortion.”

Not coincidentally, the statement was issued shortly after Pope Francis completely revamped the Pontifical Academy for Life, replacing all of the group’s members and giving the office a new direction.

Although the Pontifical Academy for Life had changed its policy in 2017, it only sent Catholic News Service a working translation of the 2017 document on March 20, 2019, after U.S. news media reported on a Kentucky Catholic family suing the local health department for forcing chickenpox vaccination on their son against their Catholic beliefs.

The boy, Jerome Kunkel, 18, is a senior at Assumption Academy in Walton, Kentucky, a Catholic K-12 school affiliated with the traditionalist Society of St. Pius X.

On February 5, the health department sent Assumption Academy parents a letter informing them of a chickenpox outbreak and urging them to make sure their children’s vaccinations were up to date. 32 students, 13% of the student body, had contracted the disease.

On March 15, the health department sent the parents another letter, threatening that “all students, grades K-12, without proof of vaccination or proof of immunity against varicella virus will not be allowed to attend school until 21 days after the onset of rash for the last ill student or staff member.”

A day ago, on March 14, the Kunkel family filed a lawsuit in the Boone County Circuit Court alleging that the health department violated Jerome’s First Amendment rights, and that they believed using the vaccine would be “immoral, illegal and sinful” according to their Catholic faith.

In filing the lawsuit, the Kunkel family is being consistent with the handbook of the Assumption Academy, posted on its website, which states:

Schools of the U.S. District of the Society of St. Pius X comply with vaccination policies of local health and education authorities while adhering to moral principles of the Roman Catholic Church. The Catholic Church does not oppose vaccinations in principle, but it does consider as morally illicit the development of vaccines from aborted fetal tissues. In 2005, the Vatican clarified the proper position of all Catholics on this matter, and the SSPX adheres to that declaration.