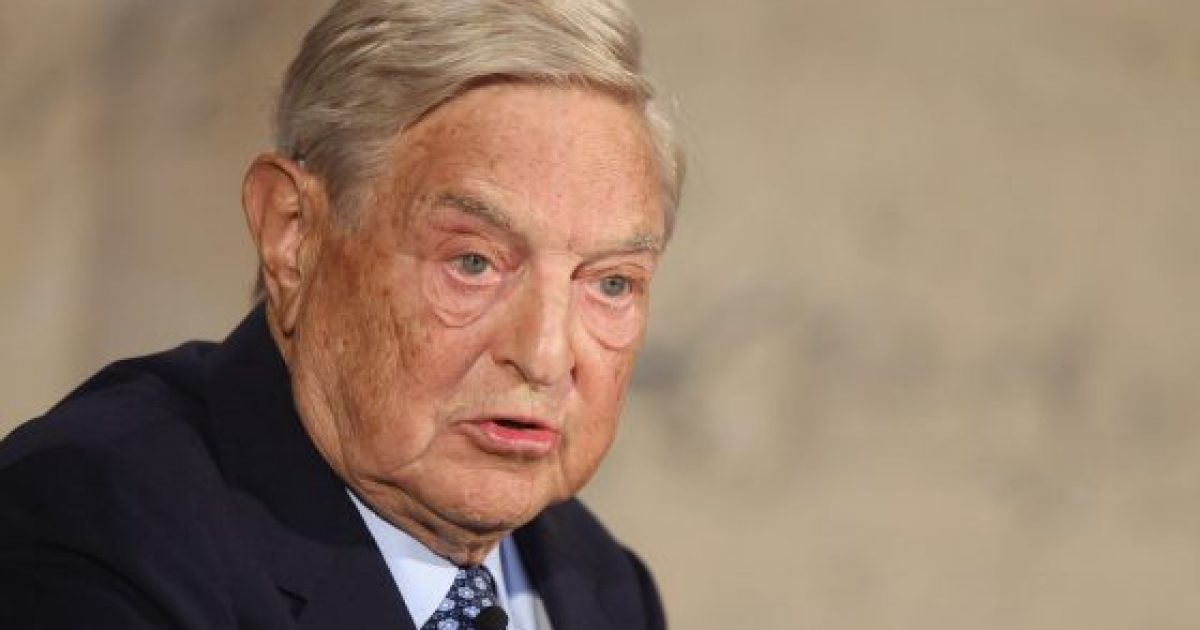 The mainstream media is being exposed as the corporate, state-controlled puppets they are.  In a report this week, a massive “hate crime” database, which was used by more than 100 media outlets to report alleged hate crimes, was funded by none other than George Soros, according to tax documents and interviews.

Among those that contributed to the database are known liars such as the discredited SPLC and designated terror group Hamas-CAIR.

ProPublica, an investigative reporting nonprofit based in New York City, launched the project, known as “Documenting Hate,” in 2017. The New York Times backed the project in January 2017 editorial, “Why We Need a Project to Document Hate Crimes.”

“Reliable data on hate crimes is hard to come by. As reports of racist, anti-Semitic and Islamophobic harassment and attacks poured in after the election of Donald Trump, many Americans wondered whether they represented a nationwide increase in hate crime,” the Times editorial board wrote. “While the Southern Poverty Law Center saw a dramatic increase in reports after the election, it’s not yet clear whether this indicates a nationwide trend.”

ABC News later ran a piece titled, “Help ABC News, ProPublica and other newsrooms across America track hate crimes across the US” that also cites the SPLC as to why it is needed. The announcement urges the public to share their stories if they have been a victim of a hate crime.

The Beacon then added that the project received substantial backing by Soros.

The project received hundreds of thousands of dollars in funding from George Soros’s Foundation to Promote Open Society, according to the group’s most recent tax forms.

On page 321 of the Foundation to Promote Open Society’s 2017 tax forms, a $200,000 contribution is shown to ProPublica “to create a well-reported data set of hate crimes and to produce high-quality investigative reporting on the subject” while another $375,000 donation was made to ProPublica “to support the hate crimes tracking project.” Soros gave $200,000 more to the group, which was split between “general support” and a separate initiative on online price discrimination.

While “Documenting Hate” is not specifically mentioned by name on the tax forms, the Soros donations were, in fact, for the project, which made it possible for the initiative to launch and maintain itself, according to a phone interview with Richard Tofel, the president of ProPublica.

Of course, we know that the leadership of the SPLC have either been fired or are headed for the exit doors about scandals of their own, which is not surprising in the least.

Two weeks ago, the SPLC fired it’s co-founder Morris Dees over sexual harassment and racism.  On the heels of that revelation, SPLC President Richard Cohen also let it be made known that he was on the way out as well.

Immediately following that news, the SPLC just stepped right into another controversy by hiring the usurper Barack Hussein Obama Soetoro Sobarkah’s senior advisor who fixed Jussie Smollett’s “hate crime” hoax, Tina Tchen.  Isn’t it nice to know that an organization that often brands decent, moral and upstanding, law-abiding citizens and organization as hateful, not only has a history of promoting “fake hate,” but then brings someone in that has recent history is fixing a “fake hate crime”?  It’s scandalous, which should be the first word now in SPLC.

Not only did the Free Beacon report that many of the alleged “hate crimes” were hoaxes and often self-inflicted, like Smollett’s, but that they were promoted by the SPLC and CAIR through media outlets as though it were actual real news.  I guess NewsGuard is going to need to work a little harder to prop up the mainstream media by red badging those they disagree with.

The author of “Hate Crime Hoax

, found more than 400 hate crime hoaxes while conducting research for his book.

Reilly, an assistant professor of political science at Kentucky State University, wrote in USA Today that the Jussie Smollett hoax is one of many widely reported instances.

He said “these cases are not isolated outliers.”