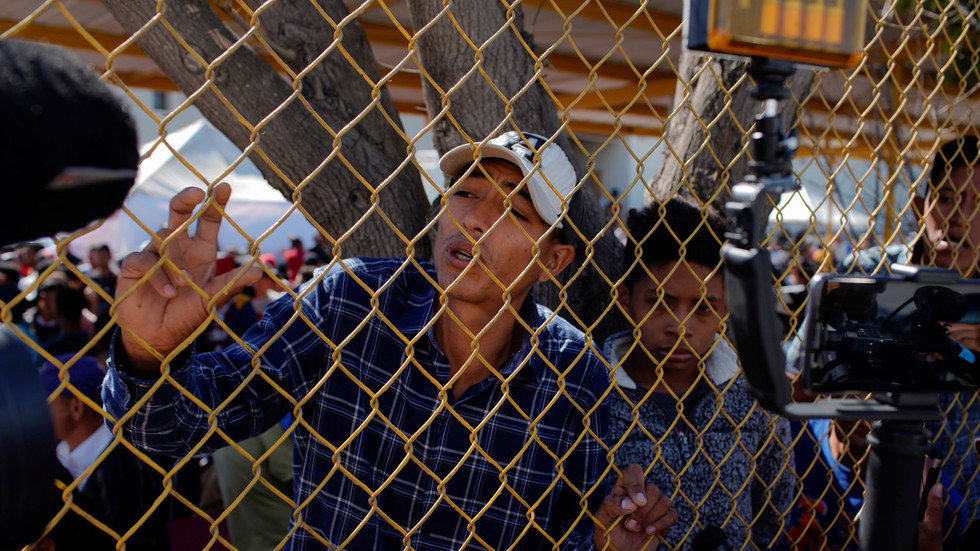 US President Donald Trump has ordered to cut all aid programs for the so-called Northern Triangle nations over the migrant inflow into the US. Washington is often criticized for worsening the conditions that force people to flee.

“We are carrying out the President’s direction and ending FY [fiscal year] 2017 and FY 2018 foreign assistance programs for the Northern Triangle,” a State Department spokesperson told the media. “We will be engaging Congress as part of this process,” she added.

Earlier, Trump himself told journalists that he “ended payments to Guatemala, to Honduras, and to El Salvador. No money goes there anymore.” He also accused the Central American countries of not doing “a thing for us.” The president also turned to Twitter to lambaste the three nations, along with Mexico, over their failure to stop illegal immigration into the US.

Mexico is doing NOTHING to help stop the flow of illegal immigrants to our Country. They are all talk and no action. Likewise, Honduras, Guatemala and El Salvador have taken our money for years, and do Nothing. The Dems don’t care, such BAD laws. May close the Southern Border!

He then also threatened to close the US’ southern border or at least a “large section of the border” next week while slamming the Democrats for what he called “the weakest immigration laws anywhere.”

The move seems to be a sudden about-face as, just earlier this week, US Homeland Security Secretary Kirstjen Nielsen visited Mexico and Honduras to sign new partnership agreements. On Wednesday, US State Secretary Mike Pompeo, who ordered his department to act on the president’s direction, told the House that Trump instructed him and Nielsen to “develop a set of programs that reward effective outcomes, that reward good leadership, that get us to a place where we actually achieve the outcomes.”

Meanwhile, the president’s move has already seen some resistance from lawmakers. Senator Bob Menendez (D-NJ), a top Democrat in the Senate Foreign Relations Committee, denounced Trump’s order as a “reckless announcement” and called on both Democrats and Republicans to reject it, while arguing that American aid “advances our strategic interests and funds initiatives that protect American citizens.”

While Trump blames the Northern Triangle nations for failing to stop illegal migration to the US, it was Washington that greatly contributed to the causes of the modern political and economic crises that drives people out of the three Latin American countries.

For about a century, the US ruthlessly interfered in the internal affairs of these countries while pursuing its own interests. Back in 1954, the US helped a military junta to overthrow Guatemala’s democratically elected president, who sought a land reform that would favor the local population at the expense of American companies, which had their financial interests in the Latin American country.

An uprising against the US-backed regime sparked a bloody civil war. In the following years, the US consistently supported the Guatemalan military in spite of being well aware of its human rights abuses. In El Salvador, Washington supported another military regime as well. The situation there also spiraled into a civil war in the 1980s, which saw the Salvadorian military shooting their opponents as well as civilians en masse. However, the US continued to actively pour billions of dollars into the tiny country to support the local regime.

In Honduras, the US businesses ravaged the national economy and pillaged the nation’s resources for decades while strengthening the country’s military. Continuous American interventions have destabilized the region and let organized crime thrive in the vacuum of power.

Now, stricken by poverty, crime and corruption of the US-backed governments, the Northern Triangle nations have become a major source of the immigrants seeking to move to the US.

Cutting the funds to the programs aimed at stemming migration could possibly make the situation even worse. Most recently, the Mexican Interior Minister Olga Sanchez Cordero warned that a 20,000-strong “mother of all migrant caravans”is gathering in Honduras and is preparing to move towards the US through Mexican territory. A smaller caravan consisting of some 2,500 migrants is already on its way heading north.