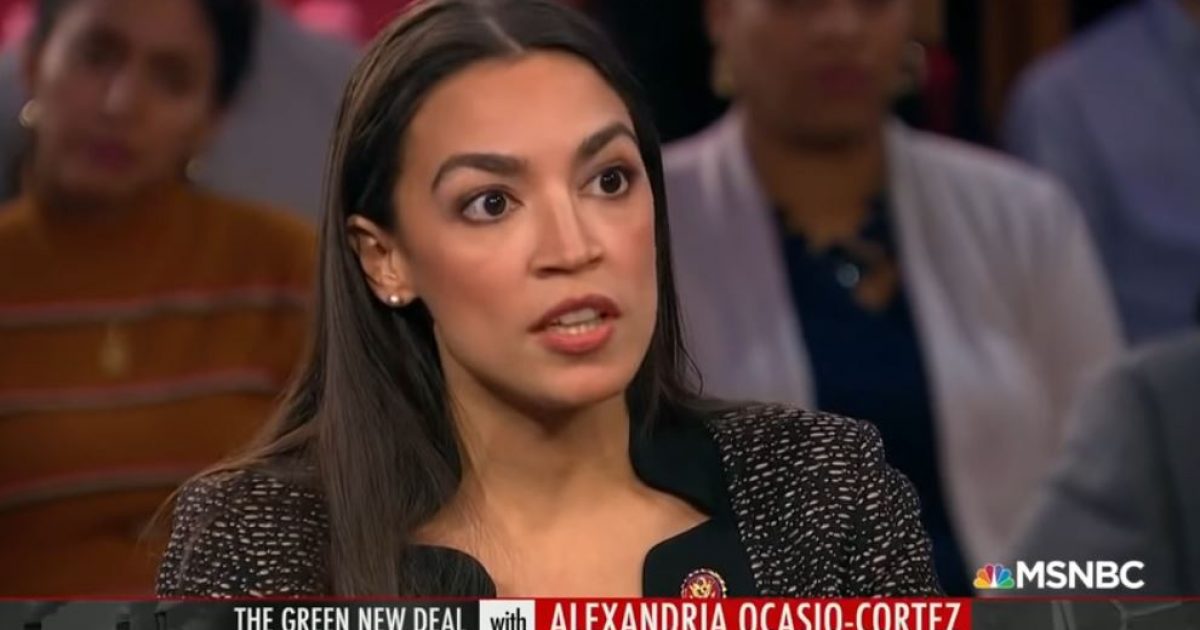 “On the events of September 11, 2001, thousands of Americans died in the largest terrorist attack on U.S. soil and our national response, whether we agree with it or not, our national response was to go to war in one then eventually two countries,” she told Hayes. “Three thousand Americans died in Puerto Rico in the aftermath of Hurricane Maria. Where is our response?”

AOC: After 9/11, we went to war "against one and then two countries." 3,000 people died in Hurricane Maria — "where is our response"? pic.twitter.com/gLJZxomoeK

At least, that’s what it sounds like to us.

Naturally, Twitter had a field day with the New York socialist recently dubbed a “pompous little twit” by a co-founder of Greenpeace.

Twitchy posted some of the responses to her insane statement:

Is she asking us to attacking the environment? https://t.co/rkIDATV2mM

The only solution is to invade these hurricanes and teach them the benefits of Jeffersonian democracy https://t.co/obqJUSjVWA

Absolute 100% hell yes. It is long overdue time we invaded the weather. https://t.co/xOjtkBgDwr

You’re either with us, or you’re with the hurricanes…

Wait til she finds out how many people die in auto accidents per year.

But if AOC and her uninformed ilk have their way, there’ll be no more cars so that concern will be rendered academic.

Ocasio-Cortez had quite a lot to say during what was described as an “hour-long pitch for Socialist Revolution.”