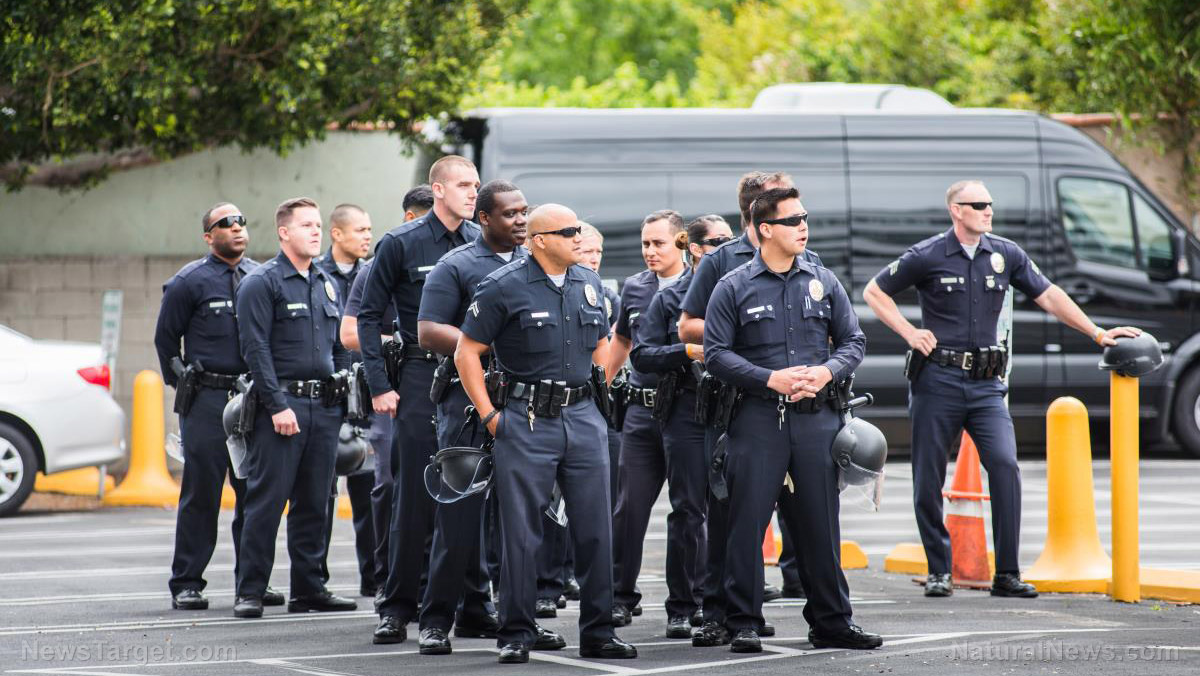 (Natural News) Noted libertarian author and scholar Ayn Rand explained the Constitution’s primary function in “The Virtue of Selfishness” when she wrote:

She notes that our founding fathers adopted a form of government which recognizes that all humans have “inalienable rights” — that is, those which are not dependent on the whims of government officials but rather natural and inherent. American citizens, Rand notes, were to be empowered by the Constitution, while government was to be restricted.

And for certain, our founders never wanted government officials to be in a position to deny us our rights.

Case in point: The Los Angeles Police Department is attempting to revoke most of what few remaining concealed carry permits exist for civilians in a city filled with criminal activity and risks of bodily harm.

Chief Michel Moore said in a sworn declaration he did not believe a group of people who obtained so-called CCWs as the result of a 1994 lawsuit were still entitled to the permits, because it was unlikely the individuals still faced extraordinary physical danger to their lives.

“I do not believe the continued wholesale allowance for each to possess a CCW license based on circumstances that may have existed 24 years ago is in the best interest of the public,” Moore stated.

In California, it’s “legal” to obtain a concealed firearm license but the decision to issue them is up to local sheriffs and/or city police chiefs. Bottom line: If they don’t think a resident needs one, the resident doesn’t get one, period. End of story.

Americans don’t get their rights from government officials, they get them from the Constitution

It was never supposed to be this way. When the founders wrote the Second Amendment, their intent was to ensure that Americans would never be denied the inalienable right to not be improperly harmed by others, whether that threat came internally (from criminals or their own government) or externally, via an invasion. (Related: Florida Carry sues city of Miami Beach over police action against legally armed fishermen.)

They didn’t write caveats into the amendment. They didn’t put a time limit on it. They didn’t distinguish between weapons, either, except to say that “the right to keep and bear armsshall not be infringed.” No provisions requiring citizens to petition government for permission to enjoy their right.

And yet, how many jurisdictions around the country are just like Los Angeles, where Americans are forced to beg for the ‘right’ to bear arms for self-defense — and then denied the right? It’s absurd on its face and patently unconstitutional, period.

It doesn’t matter whether Chief Moore “believes” that Los Angelenos “need” to carry a gun or, at least, it’s not supposed to matter. It isn’t up to him or any other government official to decide what “extraordinary” “circumstances” should exist before an American citizen is “permitted” by license to strap a gun on their hip or carry a rifle on their back, regardless of where they go in the city.

Can you imagine being denied the right to speak freely because you don’t have a permit or haven’t taken a ‘licensure’ course?

Chief Moore proves our founders were correct in their concerns about tyrannical government officials being in a position someday to deny us our rights.

It’s time to reclaim them.