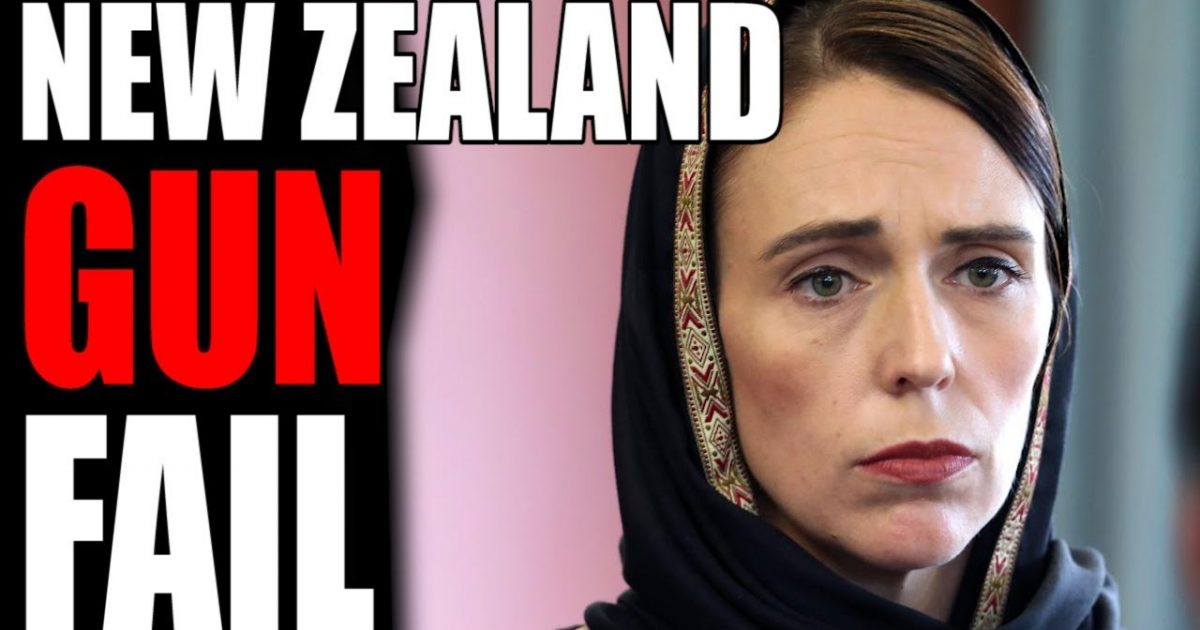 Listen carefully.  Your right to both keep and bear arms is a right given to you by your Creator and any man who attempts to deprive you of that right is a tyrant, period.  Yet, this is what the government of New Zealand, which has bowed to Islam as evidenced by their Prime Minister, a woman wearing a hijab, pontificating on installing pretended laws to disarm the population after the alleged Christchurch mosque shooting.  Now, after thousands have been targeted in door-to-door gun confiscations, it’s being reported that at least one man is dead due to the tyrannical policies of New Zealand.

Following questionable video of an alleged attack in Christchurch on a mosque, a video which has been outlawed in New Zealand with threats around the world for anyone even posting it online to comment (If you need a copy of it, I have one), Prime Minister Jacinda Ardern and the tyrants in government there, issued ex post facto “laws” to outlaw firearms that were previously considered legal.

Like what took place in Maryland last year while executing the unconstitutional red flag “laws” there in which one man was killed, the same has apparently occurred in New Zealand.

The Truth About Guns reports:

According to members of New Zealand’s largest firearm forum, Kiwi police are starting to go to gun owners’ places of employment, homes, and even visiting gun ranges in an attempt to gather information and get gun owners to relinquish their firearms.

Police are apparently trolling social media websites in an attempt to spot the newly outlawed firearms and seeking to steal them from their owners.

And what has been the result? According to Stuff which appears to be the New Zealand equivalent of The Patch . . .

A former Russian soldier who feared going back to prison tried to call his son before dying of a suspected suicide following a three-hour standoff with police.

The family of 54-year-old Troy Dubovskiy told Stuff he was sought by police after his property in the Christchurch suburb of St Martins was searched on Tuesday.

Police acted on information from the public.

His son posted a photo of him wearing a Russian Army Helmet and posing with an airsoft rifle on social media.

Dubovskiy’s 16-year-old son, who Stuff has decided not to name, said police searched the homes of his father, mother and grandparents after someone reported a photo the teen made his profile picture on Facebook five days ago.

The photo, which he first posted to Facebook several years ago, shows the teen holding a replica rifle and wearing a Russian helmet. The teen used the equipment along with his father while playing Airsoft, a team sport where people shoot each other with pellets using replica guns.

During a search of the home, police found a blank pistol, an airsoft rifle, and an SKS carbine; the latter is now illegal under the new “assault rifle” ban.

Sadly, both Democrats and Republicans are pushing for the same kinds of unconstitutional “laws” in states and in DC, including President Donald Trump.

Rep. Thomas Massie (R-KY) warned the American people that both parties were going after your guns and to be vigilant.

This is going on in New Zealand.

It’s also going on in many states in our nation.

It’s long past time for the men of the counties to band together behind constitutional sheriff to oppose this tyranny.  If we don’t, we are surely going to be destroyed.