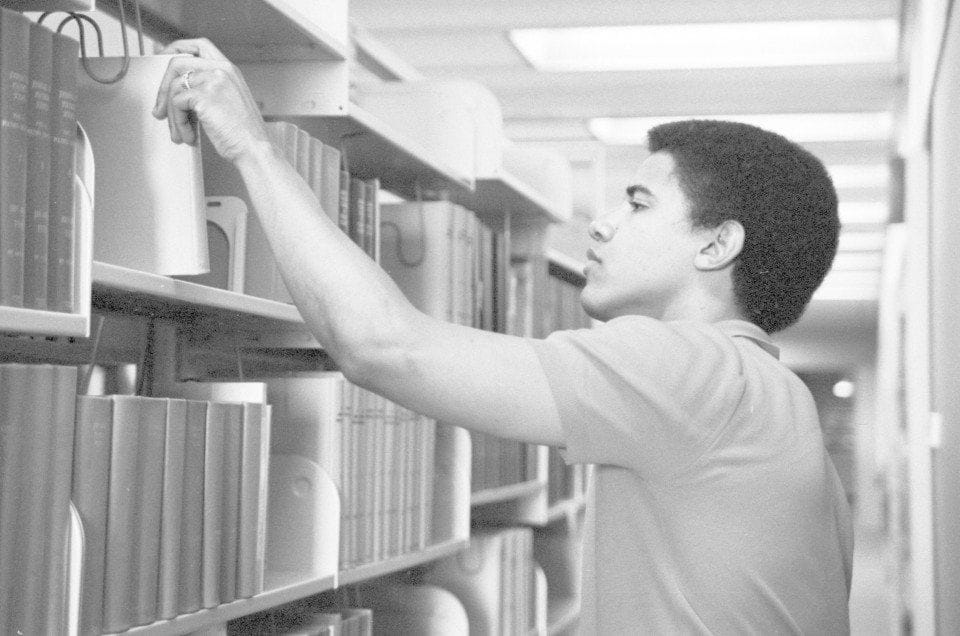 This post originally appeared at Fellowship of the Minds. Pulled from the archives: May 2013. Please note that FOTM has been forced to move twice, so broken links should be expected.

3. In his memoir Dreams From My Father, Obama’s description of a seedy and dissipated older man named Frank is strikingly similar to “Pop” in his poem:

“…by the time I met Frank [Obama was around nine years old] he must have been pushing eighty, with a big dewlapped face and an ill-kempt gray Afro that made him look like an old, shaggy-maned lion. He would read us his poetry whenever we stopped by his house, sharing whiskey with gramps out of an emptied jelly jar. As the night wore on, the two of them would solicit my help in composing dirty limericks. Eventually, the conservation would turn to laments about women.

I was intrigued by the old Frank, with his books and whiskey breath and the hint of hard-earned knowledge behind the hooded eyes. The visits to his house always left me feeling vaguely uncomfortable, though, as if I were witnessing some complicated, unspoken transaction between the two men, a transaction I couldn’t fully understand….”

Frank Marshall Davis as a young man (l); as an old man (r)

Whether Pop was Davis or Dunham, this much is certain: His relationship with young Obama, as the latter described it in the poem “Pop,” was creepy and disturbingly suggestive of pederasty.

Dr. Eowyn is a regular contributor to The D.C. Clothesline and the Editor of Fellowship of the Minds