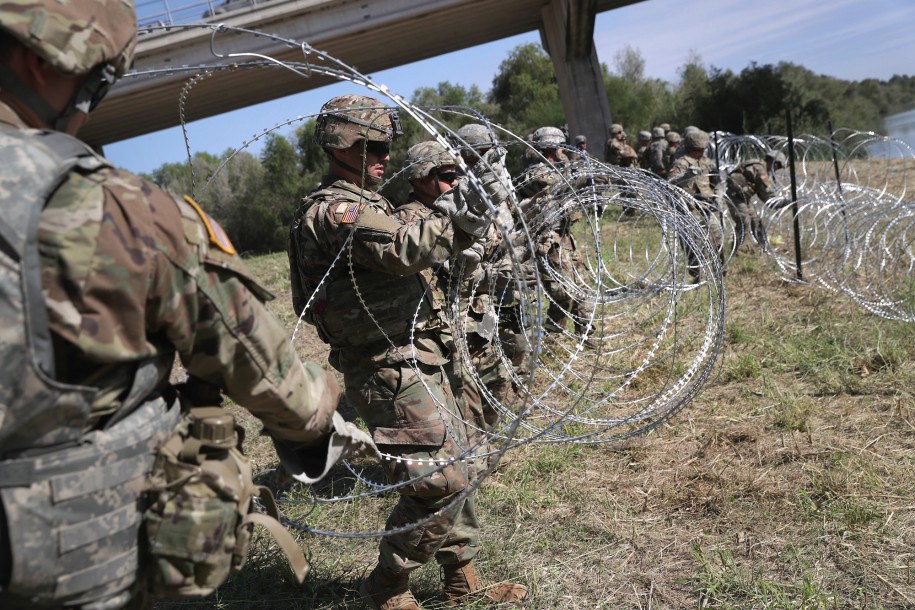 (Natural News) With the surge of illegals now “beyond the breaking point” at the U.S. southern border, defending America against this escalating invasion has become the single most important national priority.

To understand why this land invasion is being allowed to happen, understand that Democrats want America to be invaded by illegals because Dems want to give them all voting rights, knowing they tend to vote 80% Democrat in elections. Indeed, these people vote for the very same left-wing polities and systemic corruption that caused economic collapse in their home countries… which is exactly why they are fleeing in the first place. If allowed to overrun America, they will destroy this nation just like they already destroyed the countries they are fleeing.

If allowed to invade, occupy and take over America, these illegal immigrants will destroy this nation from within. The votes of American citizens will be overruled by illegals who vote. American culture will be eviscerated and nullified. And the American taxpayers will see all their earnings and assets confiscated by an increasingly left-wing government that can only stay in power by handing out more benefits to the voting mass of illegals who are handed voting rights by lawless Democrats.

A constitutional solution that costs the government nothing: Activating the nationwide MILITIA

“Militia” is a term that frightens crybullies and snowflakes, but it merely means armed citizens who are willing to aid in the defense of their own nation.

Article 8 of the United States Constitution directly invokes the creation and use of the Militia to defend the nation, saying that the federal government has the power:

To provide for calling forth the Militia to execute the Laws of the Union, suppress Insurrections and repel Invasions;

To provide for organizing, arming, and disciplining, the Militia, and for governing such Part of them as may be employed in the Service of the United States, reserving to the States respectively, the Appointment of the Officers, and the Authority of training the Militia according to the discipline prescribed by Congress;

In other words, the federal government is specifically called upon in the Constitution to use the Militia to “suppress insurrections and repel invasions.” There is no more clear example of an invasion of our nation than what we are witnessing now with the 100,000+ illegals each month who are attempting to violate the law and enter the United States for the express purpose of gaining welfare benefits, voting rights, entitlements and government handouts.

This invasion must be repelled by all means, and while building a wall is one step toward achieving that goal, government spending will always be tied up by Democrats who quite literally want to see America overrun with illegals. (They don’t care if America is destroyed as long as they get to rule over the ruins.)

The Militia is able and capable of responding right now to the border crisis. President Trump merely needs to “activate” the Militia by calling on them to help “repel invasions.” From that moment, likely tens of thousands of armed American volunteers would head to the border to defend this nation against this lawless attempt to overrun, occupy and ultimately overthrow the United States of America. (Read more news about the invasion of America at InvasionUSA.news.)