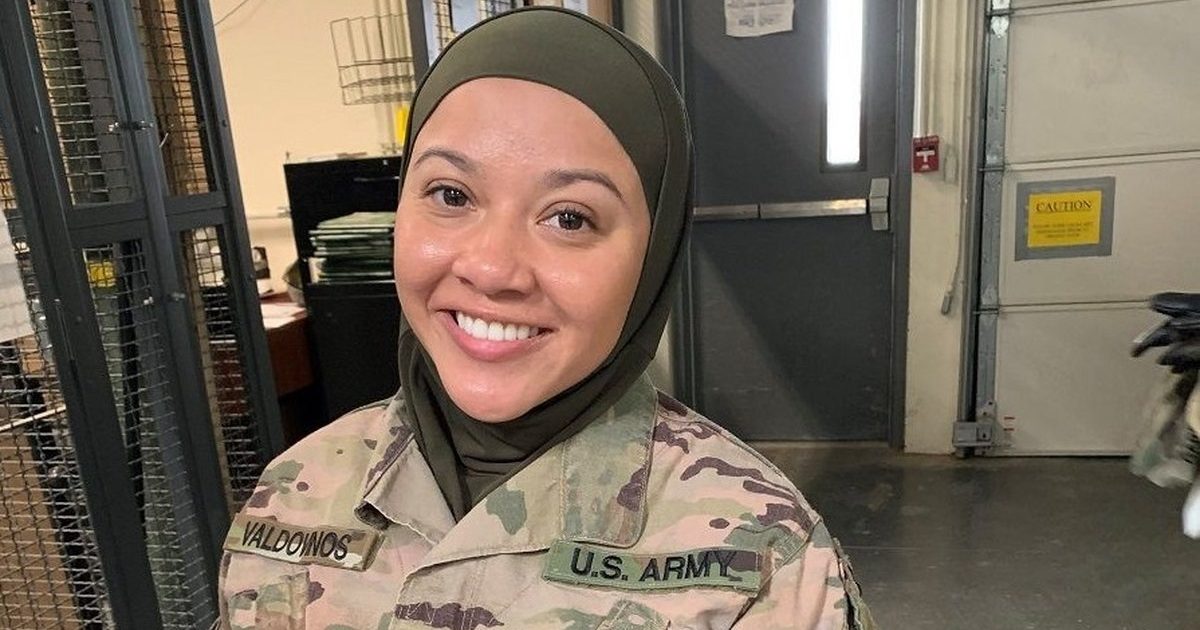 On Wednesday, the Army Times reported that Spc. Cesilia Valdovinos, a Muslim soldier who was demoted earlier in the week, is planning to file a lawsuit accusing her Fort Carson, Colorado, leadership of religious discrimination.

Mikey Weinstein, founder of the so-called Military Religious Freedom Foundation, said a complaint alleging violation of her civil rights will be filed either in northern Virginia or Denver.

“This is a pattern and practice of anti-Muslim bigotry, prejudice and harassment,” he claimed.

The senior noncommissioned officer, believing that Valdovinos was wearing her hair down underneath her hijab ― rather than in a bun, per regulation ― demanded the soldier remove the head covering,

Her hair fell to her shoulders, Valdovinos told Army Times, because she uses the extra fabric in the cap to secure her bun. When she removes it, the bun falls out.

A week later, as the EO investigation was finishing, Command Sgt. Maj. Kerstin Montoya approached the soldier again, demanding that she go to the bathroom and fix her hair.

“I don’t have long, thick hair,” Valdovinos said. “My hair is thin and short, so because she doesn’t see a full bun sticking out of my hijab doesn’t mean I don’t have it in a bun.”

Valdovinos’ command, however, denies any discrimination.

“The findings of our commander’s inquiry determined the senior non-commissioned officer acted appropriately by enforcing the proper wear of the hijab, in compliance with Army regulations,” said Col. David Zinn, commanding officer of the 2nd Infantry Brigade Combat Team, 4th Infantry Division.  “We take pride in the diversity of our soldier teams who work together as professionals regardless of race, gender, ethnicity, religion, or sexual orientation.”

Her demotion was the result of an unrelated issue, the report said, but Weinstein said otherwise.

“There was another issue that was going on with her, where she was accused of something downrange,” he said. “A quote, ‘inappropriate relationship.’ ”

According to the Times, Valdovinos claimed she was assigned to escort a soldier back to his barracks after wisdom teeth surgery, “but soldiers who saw them together suspected more.”

So, who is Weinstein?  In 2017, Christopher Collins wrote:

In 2012, Weinstein reportedly sued to force the military to silence Christians five times, and failed in all five lawsuits, with none surviving to trial. Despite his failure he feigns expertise on the Constitution, threatening to sue again.

Weinstein reportedly told one interviewer, “The biggest crime I accuse the religious right of and it’s a blood libel, a crime against humanity is torturing that concept…My response is: F**k you. F**k you. How dare you?”

And in 2008, Weinstein reportedly threatened violence, allegedly saying, “When I see anti-Semitism, I don’t f**king care if I live or die, someone’s going to get a f**king beating.”

Furthermore, the most amazing and disgusting comment by Weinstein was in 2009 when he said, “It’s a fundamentalist Christian-Constitution fight…This represents a perfect, quintessential example of the fact that our United States military has become infused, essentially, with the Christian mirror image of the type of Islam that is pushed by al-Qaida and the Taliban.”