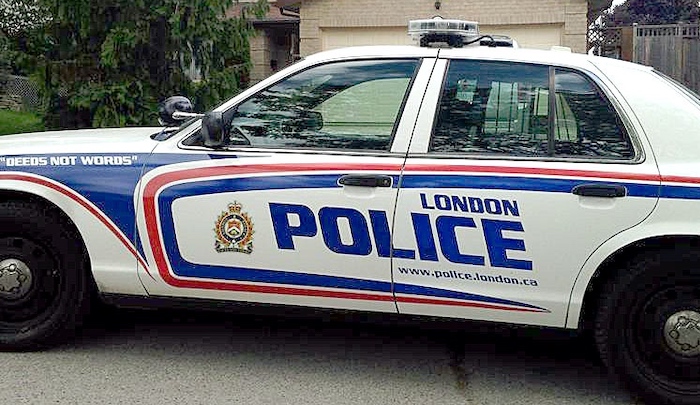 This is unconscionable. I received the email below from a representative of the pro-freedom group Pegida Canada. The Pegida representative tells me that the woman who posted the truthful information about this Muslim thug was made to pay him $11,000. This is the state of free society in Canada today (and not just Canada, either): defenders of freedom are vilified, menaced, and subjected to official harassment, while those on the site of jihad terror and oppression are protected, coddled, rewarded, lauded and praised. The Trudeau government is responsible for this, and should be made to pay at the ballot box. But are there enough free Canadians left for that?

Please make a generous donation to help the woman who had to pay out this money. The best option is through E-transfer to [email protected] or donate on our website (PayPal) earmarking what it is for: pegidacanada.org. Also, you can use this GoFundMe link.

Today was a dark day in the face of justice. A supporter who stands for freedom and truth was handed a ruling in small claims court for defamation of a Muslim counter protester.

On July 22, 2017, Pegida Canada held a rally in London, Ontario, our first public rally since 2015. Previously, we had rallied privately, with information going out by word of mouth to trusted individuals. The reason for this is at our rally in 2015 in Toronto, Antifa became very threatening and violent, destroying some of our equipment and threatening the people present at the rally. The police did not take our warning seriously that they would cause problems, and as a result, this group was allowed to get within five feet of us. We were made to disband by the police, as they couldn’t guarantee our safety.

So we rallied privately until 2017. At this point, at a private demo in London, the police came by to talk to us because someone called them about our activities. They advised us to advertise our rally, as they then could be ‘prepared’.

We followed their advisement. July 22, 2017, we held a public rally. We were countered by a large group of people, many of them hostile, including the plaintive in the above court case. At that rally, he pulled his zipper down, made suggestive movements with his hands, and told the women he would give them .25 and that they would be his bitches. He also spewed out spittle as he was ranting at one of our supporters. He was foul-mouthed and harassed us continually. As a result, one of the supporters tweeted this information out (the spit, the zipper etc., calling him a pig).

He sued for defamation, claiming he had lost his job because of the tweet. The tweet was up for eight days. He did not lose his job because of the tweet; they fired him because he was not producing. He lost no income. The judge decided that a defamation suit was applicable because our supporter had tweeted that he spat. He lied about losing his job, he lied about his attendance at the rally, he lied about pulling his zipper down, yet the judge awarded him a significant amount of money because we didn’t have sufficient testimony that he spat at someone. He lied about most of his testimony, yet the judge awarded him money.

The judge said he did not want to bring politics into the case, yet he alluded to the fact that this man was a Muslim, and that my supporter had issues with Muslims. Non-political judgement indeed.

This man has attended many of our rallies since this one, continually harasses us, and has made the sign of money towards our supporter at one rally before the case. All of this evidence was given to the judge, yet he still awarded this man money.

Here is some background info of the incident:

“We were well into our Rally when ______ for some reason decided to verbally attack one of our security. I was standing to the right of her. He was yelling in her face that she was a racist. The more he yelled at her, the closer he got to her in a threatening manner. I stayed with her out of fear he was going to hit or push her, he was that angry. As he was yelling, the spit was flying out of his mouth. During this verbal assault neither one of said anything until he spit on her, when I said, “You spit on her, you pig”. He continued to yell at her and me, saying we were racist. _______ then said he would pay me a quarter and make me his bitch, then he said he would pay all the women there to be his bitches, then he pulled his zipper down and I got a picture of it.

He showed up again at another Rally where I felt intimidated, harassed and threatened by him due to the hand gestures, indicating he was going to get money from me. By that point, he had notified me that he was suing me.”

This man is anti-Semitic, has posted numerous things on his Facebook page against Israel, and became enraged at one of my supporters for wearing an Israeli hat and holding an Israeli flag. Numerous photos and videos were given to the courts about his less than savoury person, yet he was awarded money because my supporter said he spit.