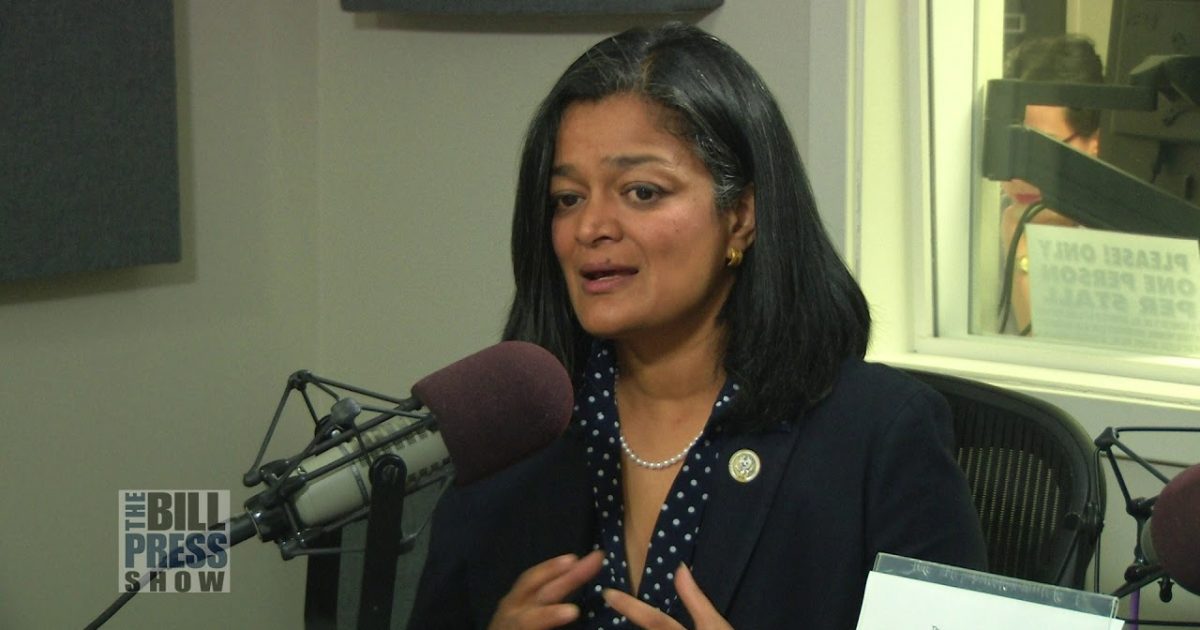 If Rep. Pramila Jayapal, D-Wash., has her way, the federal government would regulate the behavior of every single American.  Her “reason?”  to protect the freedom of transgender people, Breitbart.com reported Wednesday.

“My beautiful, now 22-year-old child told me last year that they were gender nonconforming,” she said Tuesday, referring to her son as “they” instead of “he.”  According to Jayapal, her son claims to be neither male nor female.

“And in that freedom comes a responsibility for us as legislators to protect their freedom to be who they are and to legislate, as Dr. Wiley so beautifully said, to legislate our behavior towards all people in our society,” she added.

During @HouseJudiciary today, I shared why the #EqualityAct is so personal to me and my family. My child is finally free to be who they are. With that freedom comes a responsibility, for us as legislators, to legislate with love and not fear. pic.twitter.com/VfpiD9aDyY

Jayapal’s demand and her tearful celebration for her adult son’s “freedom” came during a hearing about H.R. 5, the Democrat-drafted bill that would require federal agencies to pressure Americans into agreeing that men and women can change their sex by declaring an opposite-sex “gender identity.”

This bill is not a stretch for Indian-born Jayapal, because she is a progressive who favors top-down direction of Americans’ economy, civic life, culture, and population. For example, she justifies this demand for government authority over sexual identity with a claim that progressives can maximize people’s freedom by imposing intensive regulation on thoughts and words.

As Faye Higbee explained earlier Friday, HR 5, the so-called “Equality Act,” would “…institute protections against anyone who might slip up and call a man a man instead of a woman based solely on their ‘gender identity.’”

The measure is sponsored by 240 representatives, most of whom are Democrats.  Higbee also notes the measure “uses grand sounding words that hide the agenda to destroy anything that runs counter to the LGBTQ viewpoint.”

Rep. Doug Collins, R-Ga., slammed the bill as one that “silences calls for fairness, flouts science and has no compassion for the women and children it marginalizes.”

The biological differences between the sexes remain scientific and certain … H.R. 5 nullifies “women and girls as a coherent legal category worthy of civil rights protection.” The bill privileges the rights of men who identify as women over biological women and girls … Allowing men to compete against women in women’s sports isn’t demoralizing because female athletes … aren’t talented; it’s demoralizing because it makes their talent irrelevant. Martina Navratilova explained the threat H.R. 5 poses to women’s sports: “Unless you want to completely remake what Women’s Sports means, there can be no blanket inclusion rule. There is nothing stereotypical about this – it’s about fairness and it’s about science.”

In fact, H.R. 5 ignores fairness and denies science in order to codify [gender] stereotypes and sexism. If a man who adopts mannerisms associated with women can receive every federal protection afforded to women, we’ve reduced womanhood to a set of stereotypes — the same stereotypes some men have chronically exploited for social, professional and political advantage. H.R. 5 plays into tropes that hurt women and girls across every dimension of society, and it would give those stereotypes the trump card whenever tension arises between the rights of a transgender person and the rights of a biological woman.

Under this bill, adolescents who can’t decide what major to pursue in college would be empowered to force doctors — bound by anti-discrimination laws — to administer hormones that could render these children sterile and conduct irreversible surgeries. Mothers and fathers who have watched their children deteriorate physically and emotionally as they transition away from their biological sex are begging Congress to listen before we leap.

Though women and children have historically been uniquely vulnerable, Democrats are condemning people who advocate for their rights and against H.R. 5 as bigoted. The ideology driving H.R. 5 is content to see women, lesbians and families become the collateral damage of identity politics that has no basis in science.

.@RepDougCollins: I ask my friends across the aisle not to peddle the notion that, under #HR5, everybody wins. There will be many losers because #HR5 bows to political expedience that hurts women and children. pic.twitter.com/ORIfPvLGZM

But we now know, thanks to Jayapal, that this measure has nothing to do with “fairness.”  It has everything to do with controlling and legislating the behavior of every single American and destroying the very fabric of the Republic.

He Bought His Girlfriend a Car. She Said It Was His Third & Final Strike
May 25th, 2020 Brass Pills

Confirmation that President Trump is NOT controlled by Big Pharma and...

Trump: “I Have A Chance To Break The Deep State”