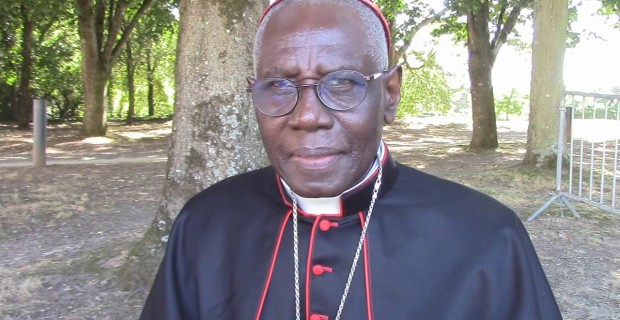 Vatican Cardinal Robert Sarah warns that the “west will disappear” as a result of mass migration, adding that “Islam will invade the world” and “completely change culture, anthropology, and moral vision.”

Sarah’s new book, Evening Draws Near and the Day is Nearly Over, is causing controversy in Europe because it explicitly identifies Muslim migration as a harbinger of the continent’s collapse.

“If the West continues in this fatal way, there is a great risk that, due to a lack of birth, it will disappear, invaded by foreigners, just as Rome has been invaded by barbarians,” said Sarah, adding, “My country is predominantly Muslim. I think I know what reality I’m talking about.”

The Cardinal also blamed the European Union for its “desire to globalize the world, ridding it of nations with their distinctive characteristics,” labeling the move “sheer madness”.

“The Brussels Commission thinks only about building a free market in the service of the great financial powers,” he continued. “The European Union no longer protects the peoples within it. It protects the banks.”

In a previous video interview, Sarah warned that Europe had lost its roots and was dying because of fewer European natives having children.

If this guy becomes the next Pope, I'm going full trad Catholic. pic.twitter.com/5VOMZx0oi2

In recent interviews he has gone even further, noting that priests, bishops and cardinals within the Catholic Church have betrayed the teachings of Christ by pursuing political activism.

Sarah’s comments put him at odds with the Pope, who has relentlessly promoted migration from African and Middle Eastern countries into Europe.

According to the Cardinal, it is wrong to “use the word of God to promote migration,” and it is better “to help people flourish in their culture than to encourage them to come to Europe.”

Sarah slammed mass migration as a “new form of slavery” because migrants end up “without work or dignity”.

“Is that what the Church wants?” he asked.

Sarah remained hopeful of the situation being reversed, asserting, “This is not the end of the world, the Church will rise.”