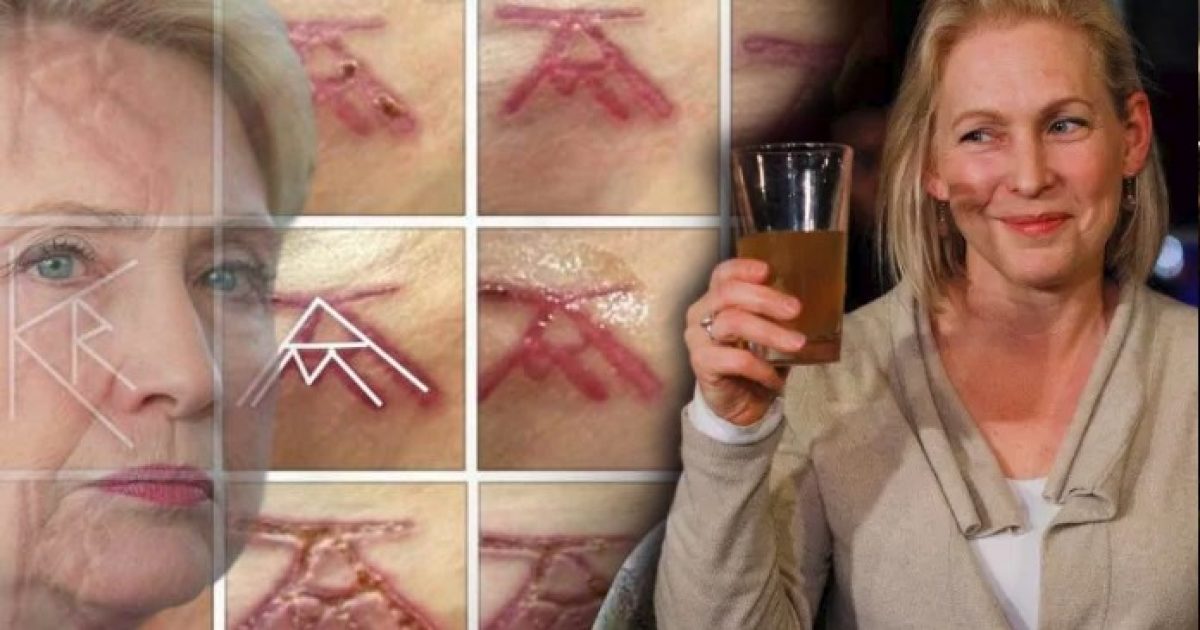 The entire NXIVM sex cult is not only criminal but simply bizarre.  In all that we are learning about those involved and what they were doing, it’s come to light through court documents that US Senator Kirsten Gillibrand’s (D-NY) father worked for the NXIVM cult, and we know that Gillibrand took money from Seagram heiress Clare Bronfman, who is also charged in the case.

“I worked as the publicist,” Frank Parlato told Big League Politics. “We ran into a major disagreement and we split. At the time I worked for them I thought they were a little peculiar but it wasn’t until the end that I realized they were a downright evil group.”

“There are women on the record who are now adults who have accused Raniere of statutory rape and there are some very suspicious incidents where Mexican girls came under the perimeters of Raniere’s control and left under suspicious circumstances. They came from Chihuahua Mexico. I reported this to the authorities,” Parlato said.

“Her father Doug Rutnik came to work as a consultant for NXIVM…he was fired, they sued him, and he had to pay them $100,000,” Parlato said, referring Gillibrand’s father.

Parlato is the NXIVM whistleblower who blew the lid off the case, including the revelation that NXIVM leader Keith Raniere’s cult was branding women with his initials.

“One is inclined to call her a liar,” Parlato says of Gillibrand.

At least one witness, John Tighe, claims that Gillibrand sat at the NXIVM table at a Hillary Clinton fundraiser.

“The very first time I ever met Gillibrand she was at an event for Hillary Clinton in the Hall of Springs in the State Park. This was in 2006. I was at a table with a Russian friend and Mike Roohan and his wife. I was on the Democratic committee at the time and was given two comp tickets. Gillibrand came up to me introduced herself and said she was running against John Sweeney. This was before all the stories of his drunken behavior came out. He was still congressman kickass at that time. I promised my support and wished her well. I then commented to Mike that with her baby voice and demeanor that she was a lightweight. Boy, was I wrong. But the kicker was when the mixing was over and Clinton went to speak. Gillibrand sat with one of the front tables. Yeah, the three front VIP tables were all brought by NXIVM and she was sitting with Nancy Salzman. You can quote me on that.”

Keith Raniere, the group’s leader who is known as Vanguard, and the group have been accused by former members of forcing women into sex slavery and branding them like cattle with Raniere’s initials.

Several women claimed that they were forced to hand over nude photos of themselves in case they disobeyed him and were forced to perform manual labor, according to the Page Six.

Of course, Gillibrand has denied knowing anything, claiming she had never heard of the group.

“Senator Gillibrand had never heard of this group until she recently read about them in the newspaper,” a spokesman for Gillibrand told the Washington Free Beacon in March 2018. “She is glad that federal and state prosecutors have taken action in this case.”

Right, sounds like Barack Hussein Obama Soetoro Sobarkah.  Completely oblivious to what her family and political accomplices were involved in until she read the papers, something she probably doesn’t even do.