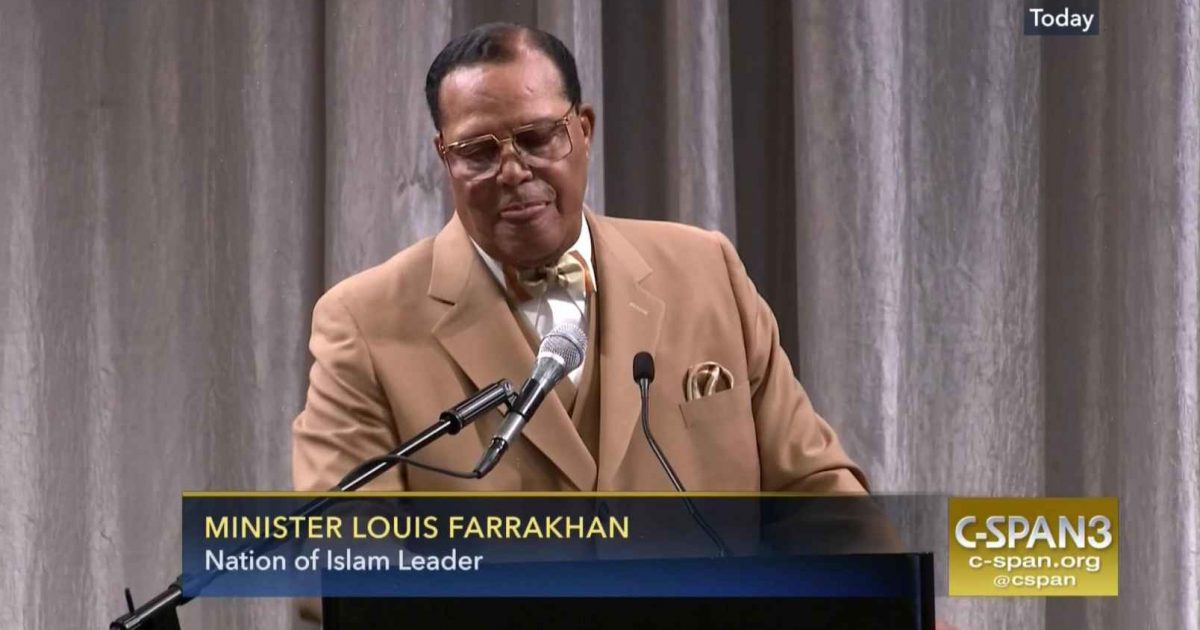 After a high volume of media pressure, Facebook is removing more white nationalist accounts. It has officially banned white nationalism. But black nationalism, as usual, is fine, even when it’s extremely racist, as Louis Farrakhan, the head of the Nation of Islam, is.

Farrakhan has his official Facebook page and it contains frequent outbursts of anti-Semitism and black nationalism. Including a recent statement that, “Jesus died because he was 2,000 years too soon to bring about the end of the civilization of the Jews. He never was on no cross. There was no Calvary for that Jesus.”

Here’s Farrakhan claiming that Jews are selling pot to feminize black men. (The pot plot is a growing Nation of Islam theme.)

How U.S. Government & Jews Weaponizing Weed – Minister Farrakhan talks about the role of the U.S. government and the Jewish community in the weaponization of marijuana that is feminizing and killing Black men.

The Intercept alone has run multiple pieces attacking anyone who lists black nationalist groups as racist or violent.