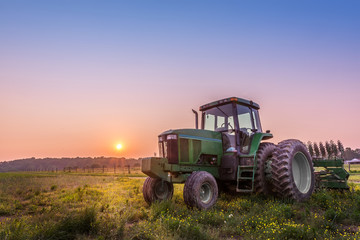 Prepare for rising prices at the grocery store and perhaps a lack of certain items.  Hundreds of millions of dollars worth of food crops have been destroyed by flooding in the Midwest, and farmers have already said: “there’s nothing the government can do to help.”

The worst economic disaster for farmers is upon us.  As we succumb to the effects of an unnecessary trade war, farmers are declaring bankruptcy at alarming and historic rates, and flooding is destroying the remaining crops, a food crisis is upon us all.

Our ongoing trade war with China had greatly depressed prices for wheat, corn, and soybeans, and so farmers were storing more crops on their farms than ever before in early 2019.  And then the floods came.  The water moved so fast that the vast majority of the farmers in the affected areas could not have moved what they had stored even if they wanted to, and the scale of the losses that these farmers have suffered is starting to become clearer.  According to UPI, “hundreds of millions of dollars in crops” that were destroyed by the flooding were not covered by insurance. – Michael Snyder, via The End Of The American Dream website

According to government regulations, when stored crops are flooded, those crops must be destroyed rather than sold. And the dictators writing these laws cannot do anything to help in this current situation.  The government doesn’t have any sort of a program to cover those losses, many of which were uninsured.  In fact, the USDA’s (United States Department of Agriculture) Under Secretary Bill Northey told Reuters that “there’s nothing the U.S. government can do to help.”

Hundreds of farmers will not be able to recuperate losses after last month’s historic floods in the Midwest. Millions of bushels of grains were destroyed in more than 800 on-farm storage bins. Most of the destruction took place in eastern Nebraska and western Iowa.

The U.S. government spend frivolously whenever they want, so now they are closing the purse? We’ve been telling anyone who would listen for quite some time that faith and salvation should never be put in someone else’s hands.  Reliance on the government should be diminished as much as possible if humanity wants to have a hope and prayer of not going extinct in the future.  The government is over $22 trillion in debt, yet people still think the money to bail them out awaits.  Unfortunately, These farmers have discovered the cold hard facts the most difficult way possible.

If you have ever considered becoming more self-sufficient, it isn’t too late! Try growing your own food and consider lessening your reliance on anyone else for any necessity.