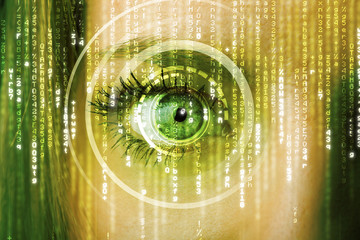 Virk’s hypothesis is far from new.  The topic was famously probed in the 1999 film The Matrix, and is the subject of a new book by Virk. As a computer scientist and video game developer who leads Play Labs at the Massachusetts Institute of Technology, Virk endeavors to unpack the heady arguments that call our physical world into question in his book, The Simulation Hypothesis.

Although this idea seems unlikely to the average person, it has been entertained by the likes of technology gurus such as Elon Musk. During his infamous podcast with Joe Rogan, Musk declared that we are “probably living in a simulation.”  Which means he believes we are all programmed to live in what is, essentially, a video game.

Musk claimed that we have a one in a billions chance of living in “base reality.”  Virk puts our chances at a little lower than Musk though.  “I would say it’s somewhere between 50 and 100 percent. I think it’s more likely that we’re in simulation than not,” Virk told Digital Trends.

When Digital Trends asked Virk how he came to the conclusion that we were all likely stuck in some sort of mental trap simulation, he replied:

I had an experience playing virtual reality ping pong and the responsiveness was very real to the point where I forgot that I was in a room with VR glasses on. When the game ended, I put the paddle on the table but, of course, there was no paddle and there was no table, so the controller fell to the floor. I even leaned over onto table and almost fell over. That experience really got me thinking about how video game technology is evolving and how it could end up being so fully immersive that we would be unable to distinguish it from reality. -Rizwan Virk via Digital Trends

Scientists are actually starting to take this idea seriously. One of those, is Oxford professor Nick Bostrom, who wrote an article in 2003 called “Are You Living in a Simulation?” He came up with a mathematically sound statistical argument for the simulation hypothesis. He says, suppose some civilization somewhere gets to the simulation point and can create highly realistic “ancestor simulations.” With more computing power, they can spin off new servers and new civilizations really quickly.

It is an interesting mind path to entertain this idea.  Of course, the real question then becomes “what IF” we are in a simulation? Can we break free as they do in The Matrix, or are we doomed to wander aimlessly never really living or experiencing anything?