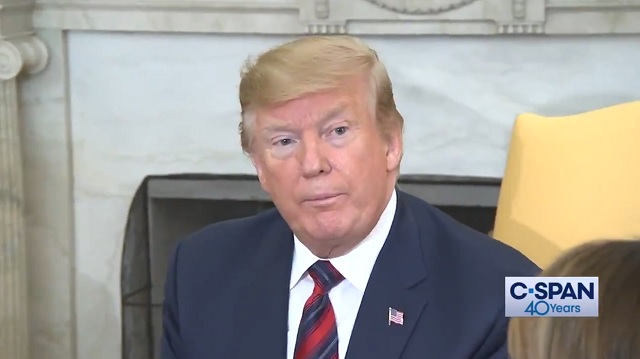 President Trump responded to a question about Wikileaks on Thursday by saying he knows “nothing” about the organization.

Trump was asked by a reporter, “Do you still love Wikileaks?”

He responded: “I know nothing about WikiLeaks. It’s not my thing. I know there is something having to do with Julian Assange, I’ve been seeing what happened with Assange, and that will be a determination mostly by the Attorney General… I know nothing really about him, it’s not my deal in life.”

Q: "Do you still love Wikileaks?"

President Trump: "I know nothing about WikiLeaks. It’s not my thing." pic.twitter.com/tMwRTjjFmU

Quite a funny reaction from a man who claims to care more about “loyalty” than anything else.

It reminds me of the way he turned on Ann Coulter for daring to ask him to fulfill his campaign promises.

Pres. Trump on Ann Coulter, right-wing commentator who has been critical of the president's actions on immigration: "I don't know her. I hardly know her…I just don't have the time to speak to her."

"I like her, but she's off the reservation." https://t.co/xb0BBhlx7T pic.twitter.com/PAm4vU9DVE