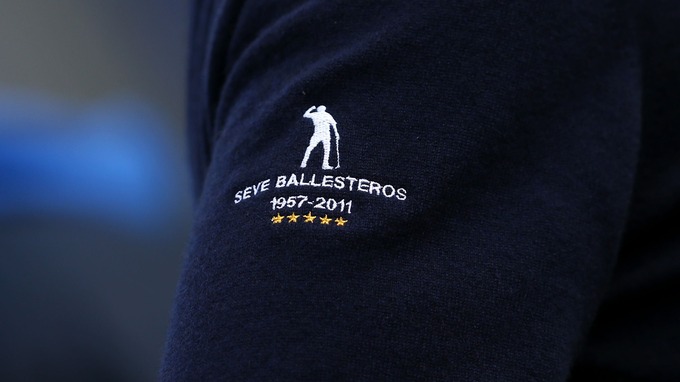 There are 34,000 golf courses in the world. They make beautiful pictures. But what keeps the grass of the fairways and greens so uniform and undisturbed by weeds?

Chemical herbicides. One of the herbicides is Roundup, manufactured by Monsanto, the giant corporation owned by Bayer.

It’s now common knowledge that a link has been drawn between Roundup and non-Hodgkin’s lymphoma. “The World Health Organization’s International Agency for Research on Cancer…decided in 2015 that glyphosate is ‘probably carcinogenic to humans’.” (Mother Jones, March 14, 2019)

The research on the Monsanto pesticide Roundup is far from a finished product. Is it possible that Roundup causes other forms of cancer—brain, colon, and blood, for example? It will be hard to prove, in part because Monsanto can produced a hundred studies that contradict each lone study that says Yes.

But where are the golfers who have cancer? Nowhere, correct? Let’s find out.

“After the death of his [golf-playing] father, from the blood cancer Non-Hodgkins Lymphoma, filmmaker Andrew Nisker starts hunting for answers to his many questions about why this particular cancer, and where it came from. His search, to his surprise, takes him into the manicured world of golf. In this world of pearl white bunkers, and putting greens that look and feel like velvet, Andrew discovers that these ‘greenspaces’ are anything but. There’s a lot more than nature at work creating these perfect carpets. At a golf industry trade show he sees the array of chemicals on offer to achieve that championship perfection. To his surprise, he hears at the show that golfers have consistently shown resistance to caring about any health or environmental impacts of their sport.”

“Andrew forms a bond with a sportscaster in Pittsburgh who is blaming golf course pesticides for the cancer death of his own father, a golf course superintendent.”

“As he follows up on his hunt to find out more about pesticide use on golf courses, Andrew asks can golfers themselves learn to kick the chemical habit? He’s convinced that if golfers knew what goes into maintaining the artificial beauty they play on, they’d learn to love dandelions a little more.” (Dad and the Dandelions, CBC TV, March 2, 2017)

A recent lawsuit involved Roundup as a cause of lymphoma: “The groundskeeper who won a massive civil suit against Bayer’s Monsanto claiming that the weedkiller Roundup caused his cancer has agreed to accept $78 million, after a judge substantially reduced the jury’s original $289 million award.”

“Dewayne ‘Lee’ Johnson, a Northern Californian groundskeeper and pest-control manager, was 42 when he developed a strange rash that would lead to a diagnosis of non-Hodgkin’s lymphoma in August 2014.”

Australian professional golfer Jarrod Lyle has died after a long battle with cancer [leukemia], his wife announced Wednesday. He was 36…Last week, Lyle and his family announced that he had decided to end his treatment for acute myeloid leukemia and would undergo palliative care at his home.” (Fox News, 8/8/18)

“In 2008, not long after playing in his first Champions Tour tournament, [Seve] Ballesteros fell ill in Spain. He was diagnosed with a brain tumor and eventually underwent four surgeries to try to remove the cancer. Ballesteros died on May 7, 2011, at the age of 54.” (ThoughtCo, 9/18/18)

[Heather] Farr was a terrific amateur golfer who never really got the chance to become a great LPGA Tour player. She died of breast cancer (that widely metastasized) at the age of 28 in 1993.” (ThoughtCo, 9/18/18)

“Once dubbed one of the world’s sexiest men by People magazine, Adam Scott looked a bit more garish after a procedure in 2011 to remove a Basil Cell Carcinoma, a form of non-melanoma skin cancer, from his face…A number of players have had varying degrees of battles with skin cancer…Rory Sabbatini, Brian Davis, Aron Price, among others, have all battled the disease…” (PGATour.com, 6/17/14) Sun exposure? Herbicides?

“Professional golfer Tom Lehman understands the importance of detecting cancer early. At 35, he was diagnosed with stage I colon cancer…* (USA Today, 6/26/18)

“Charismatic Australian golfer Ian Stanley, who was a prolific winner on his home tour before making his mark on the European seniors circuit, died in July at age 69. He had battled cancer for some time.” (golfweek.com, 12/19/18)

“…professional golfer Boo Weekley went public on Thursday in revealing the cause of his prolonged absence from the PGA Tour…discomfort in his right shoulder was revealed to be cancer…” (Pensacola News Journal, 2/15/19)

“Forrest Fezler’s career path in golf included 12 years on the PGA Tour…Fezler, a Californian by birth who settled in Tallahassee, died Friday after battling brain cancer. He was 69.” (Tallahassee Democrat, (12/21/18)

“[In July of 2006], it was discovered that famous pro golfer, Billy Mayfair, “had testicular cancer.” (Coping with Cancer, undated)

A PGA player [Joel Dahmen] who battled [testicular] cancer and lost his mom to the disease is moving into his dream home in Scottsdale…” (azfamily.com, 5/29/18)

Before you jump to the conclusion that exposure to the sun is responsible for the majority of golf-cancers, think about this statistic: “…the New York State Attorney General’s office published a report entitled Toxic Fairways, a widely cited study of pesticide use on 52 Long Island, New York golf courses. The report, which was particularly concerned with the potential for groundwater contamination, concluded that these golf courses applied about 50,000 pounds of pesticides in one year, or four to seven times the average amount of pesticides used in agriculture, on a pound per acre basis.” (beyondpesticides.org)

A variety of products are employed on golf courses. They create virtual lakes of chemical poison.

Or should I say rivers instead of lakes? Underground toxic rivers that affect bordering communities surrounding 34,000 golf courses across the world. If a groundskeeper with cancer can win $78 million in a lawsuit, how many billions of dollars should be awarded in a comprehensive legal action that correctly assigns criminal responsibility to giant chemical corporations?