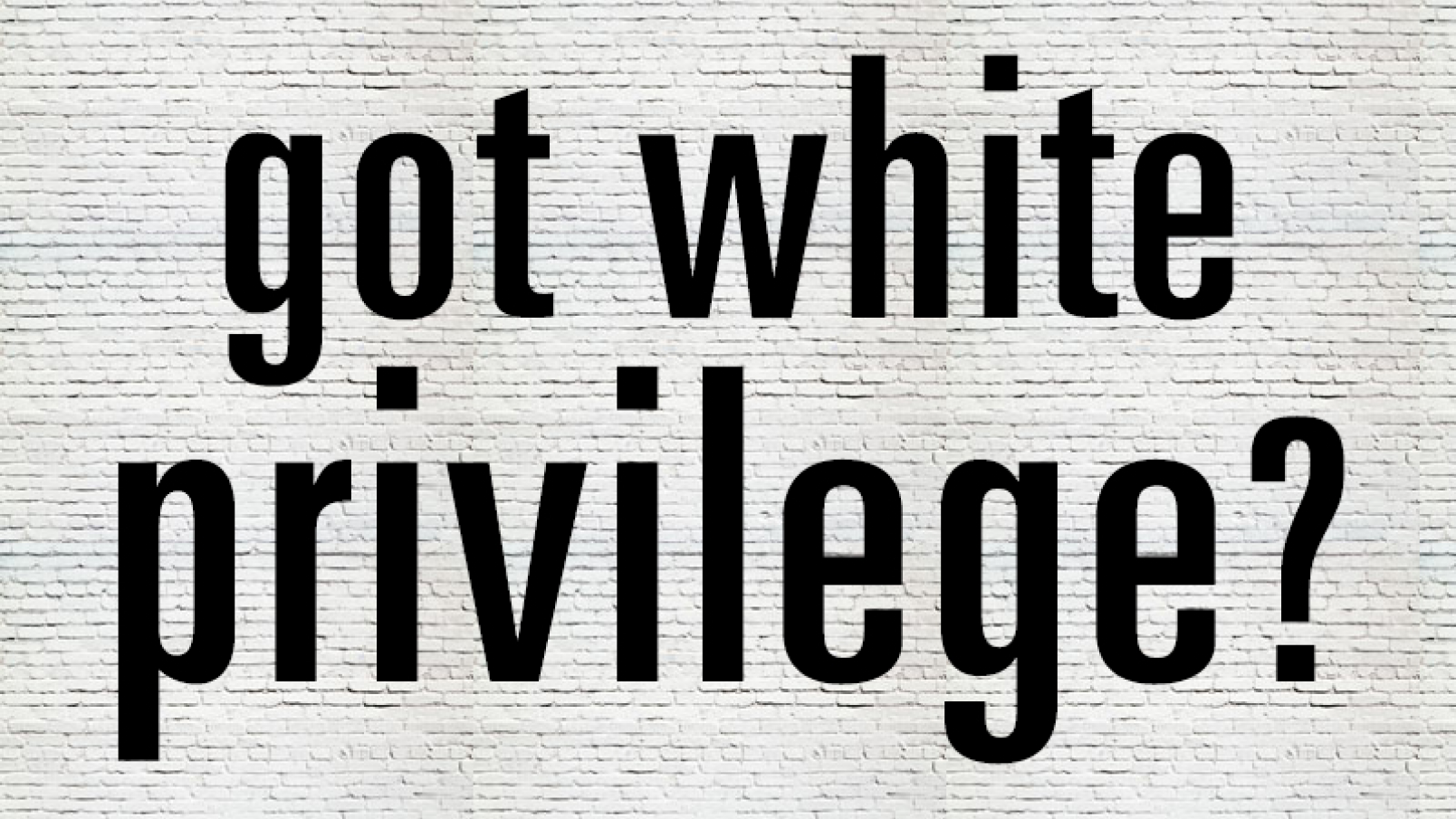 White privilege, the hottest racist idea since cross-burnings at midnight and photos with Farrakhan, is a subject of academic study and media discourse. It’s hard to escape its pernicious message that an entire race is tainted by virtue of its skin color and that the accomplishments of any individual white person are due, not to his or her efforts, but to race, skin color, and a national infrastructure of white supremacism.

But who actually believes in white privilege?

A recent Pew race relations survey notes that white people are the least likely to believe that being white helps one get ahead in life. Racial activists see such results as proof of white privilege. Only white people, they insist, could be so oblivious to their racial privileges in the face of the oppression of non-whites. Your skin has to be whiter than vanilla not to realize how badly all the oppressed races have it.

So, who does believe in white privilege?

According to the survey, the race most likely to believe that white skin gets you ahead in life are Asians.

72% of Asians surveyed believe that being white provides advantages. They were, by far, the group least likely to accept that being white has no impact on success in life or that it’s actually a disadvantage.

It’s curious that the single most successful non-white race is so convinced of the benefits of whiteness.

Asian Americans outperform white Americans on everything from education to income to family status. Census Bureau statistics showed that Asian-American median income was at $78,000 while white median household income was only $62,000. At 3%, Asian unemployment is lower than those of whites.

Asian-Americans are more likely to have degrees and advanced degrees than white people. They’re also less likely to be divorced, and Asian-American homelessness rates are only a third of those of whites.

These statistics don’t paint a picture of a downtrodden minority. The attempts to play statistical games to prove otherwise rely on discredited statistical stunts and frantic arm-waving arguments. And yet what does it say that the people most likely to believe in white privilege are better off than white people?

Statistically speaking, Hispanics have lower median income, employment and education rates than white people. Yet they are also the most likely to be skeptical about the incredible power of white privilege.

These two contrasts show that belief in white privilege has nothing to do with oppression or privilege.

Asian-Americans and African-Americans have high rates of confidence in white privilege even though statistically the two groups are far apart in median income, education rates and other success metrics.

It isn’t success or lack of it that leads to a belief in white privilege. It’s racial differences.

White privilege, like all racist ideas, depends on the ‘otherness’ of a racial group. In this case, whites.

The races that are most likely to see white people as an ‘other’ are also the most likely to believe that being white confers magical success powers. The belief that being a member of another group confers special success privileges is a common, and not always, harmful stereotype and racial myth.

Asian-Americans are perceived, by non-Asians, as having a special ability to succeed. This notion has been codified in the Tiger Mom stereotype and even cruder clichés. Jews are also seen as having a special touch. This stereotype doesn’t just exist among Europeans and Americans, it’s also popular in China where books such as 16 Reasons for Jews Getting Wealthy, Know All of the Money-Making Stories of the Talmud, and Secret of Jewish Success: Ten Commandments of Jewish Success make the rounds.

These books may be misguided, but they view Jewish success through a Confucian lens and recognize that it is rooted in cultural skills. It’s the same reason Chinese academics remain fascinated by the Protestant work ethic. Likewise, Asian-American success springs from discipline and dedication.

American integration was based on the understanding that cultural skills could be adopted and learned. As Jews and Protestants had both learned from each other. And as the Chinese seek to learn from both. White privilege counters that with the toxic racist idea that success is, by definition, unearned. And that the best way to understand the success of a group is through the lens of racial conspiracy theories.

Group success isn’t something to imitate. Instead, it should be condemned as a racial conspiracy.

But the same bigoted conspiracy theories that stigmatize white success as a racial conspiracy, can just as easily tar the success stories of Asian-Americans and Jews, both groups whose successes have often been viewed as the products of racial conspiracies, rather than of their dedication and hard work.

Racial differences make it all too easy to see people of different races as being members of a racial conspiracy. That is what white privilege contends. White privilege borrows the white nationalist slur of a Jewish, conscious or unconscious, racial conspiracy to explain not just Jewish success, but white success. It’s just as racist whether it’s articulated by Peggy McIntosh or Kevin McDonald. The underlying bigoted idea is just as racist whether it’s applied to all white people or only to Jews.

It’s not just racial differences, but the degree of integration that may also explain the survey’s results.

The answer may be integration.

Despite the racist conspiracy theories foisted on African-Americans by a radical racist leadership, they are more likely to have spent generations living and working side by side with white Americans. However a majority of Asian-Americans are immigrants, and a majority don’t feel culturally integrated. Most Asian-American immigrants report not feeling like a typical American. And this is the result.

The belief in white privilege among Asian-Americans in the survey reflects that lack of integration. Like racial differences, national and cultural differences can nurture stereotypes and perceptions of otherness. The conviction that being white helps you succeed doesn’t reflect the experiential reality of Asian-American success, but comes of viewing those they perceive as typical Americans as ‘other’.

The Pew survey demonstrates that belief in white privilege is not the outcome of oppression, but of misunderstanding, otherness and stereotype. The people most likely to believe that white people have an unfair advantage are not the oppressed, but the groups with the greatest sense of racial difference.

You are more likely to believe in the power of white privilege if you view white people as being very different, either from your own race, or, if you are a white progressive, from other races.

The best disinfectant for the white privilege stereotype, as for so many other bad ideas, is sunlight. Unfortunately, academia and the media, instead of countering prejudices, reinforce racial stereotypes and bigoted ideas such as white privilege. And that divides the country further into warring camps.

Like any other stereotype, white privilege should be denounced. And the racist assumptions underlying it should be exposed in order to educate those who have come to harbor this ugly idea in their hearts.