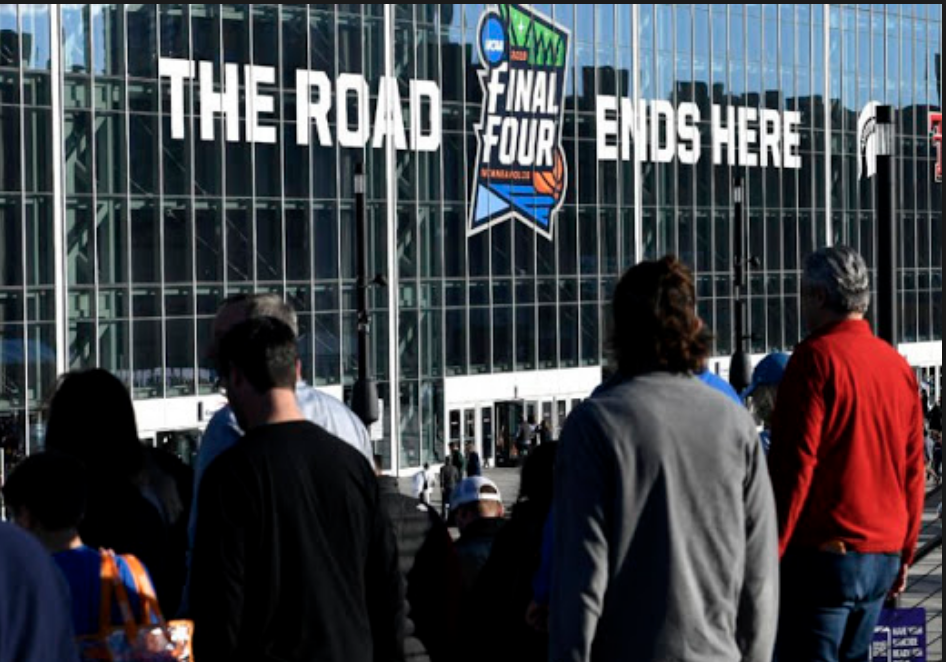 Nearly five dozen people are facing possible felony charges following their arrests for attempting to solicit children for sex or for trafficking victims, according to the Minnesota Department of Public Safety Bureau of Criminal Apprehension. State investigators arrested nearly 58 people in an undercover sex trafficking operation from April 4 through April 8, during the Final Four.

“People are not welcome in our state to come conduct these activities,” BCA Superintendent Drew Evans said.

During the five-day event, detectives from 34 different law enforcement agencies went undercover to catch solicitors and traffickers in the act.

Here are the names of the child sex trafficking suspects. Most were booked in Hennepin County, Ilhan Omar’s district.

Why is USA Today using Robert Kraft’ photo? He has nothing to do with it. They are not the only ones. Evil. 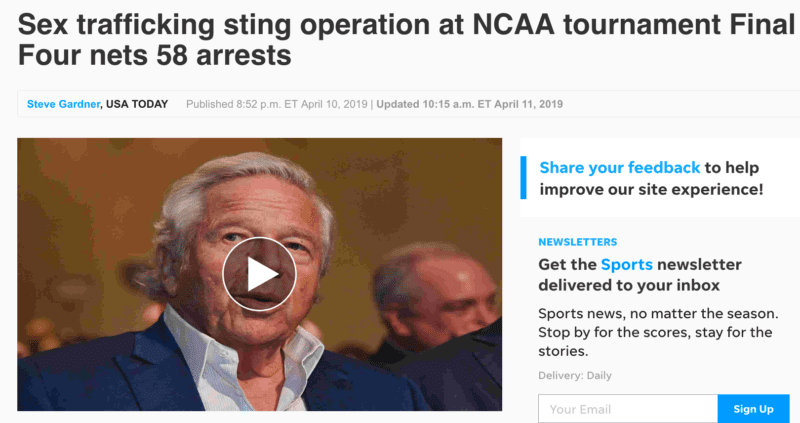 ​ST. PAUL — Nearly five dozen people are facing possible felony charges following their arrests for attempting to solicit children for sex or for trafficking victims, according to the Minnesota Department of Public Safety Bureau of Criminal Apprehension (BCA).

Investigators with the BCA-led Human Trafficking Investigators Task Force conducted an operation April 4-8 in several Twin Cities communities. During the operation, suspects chatted on several social media platforms with undercover agents and investigators who posed as minors or as sex buyers. Investigators arrested the suspects as they arrived at an arranged meeting place for an encounter.

Suspects were booked into the Hennepin, Anoka or Ramsey county jails and their cases will be submitted for charging. Most are from the greater Twin Cities area.

“This operation is an example of the aggressive steps necessary to stop traffickers and johns who buy and sell people for sex in our communities,” said BCA Superintendent Drew Evans. “We can’t let this crime continue, and we must work together to stop it.”

The operation was carried out by personnel from 33 criminal justice agencies and was part of the ongoing work of the Human Trafficking Investigators Task Force. The Task Force is led by the BCA and includes investigators from the St. Paul, Minneapolis and Buffalo police departments, the Anoka and Hennepin County sheriff’s offices, Homeland Security Investigations, and the Ramsey County Attorney’s Office.

If you or someone you know is in immediate danger of being trafficked, call 911. To report a suspected trafficking situation, call the BCA at 877-996-6222 or email [email protected]
About the Human Trafficking Investigators Task Force
The Human Trafficking Investigators Task Force was established in September 2017 with funding from the Department of Public Safety Office of Justice Programs as a statewide enforcement effort to target traffickers and those exploiting children for sex.

“Preying on vulnerable children in our communities is perhaps the most despicable act possible,” said Special Agent in Charge Tracy J. Cormier of HSI St. Paul. “The victims of sex trafficking pay a price that lasts a lifetime and I couldn’t be more proud of the efforts of HSI’s special agents, and those of our excellent state and local law enforcement partners, to bring to justice to those who seek to victimize children.”

“The results of this operation are a perfect example of what can happen when law enforcement agencies work closely together,” said Hennepin County Sheriff David P. Hutchinson. “We are pleased to be involved in the arrest of some very bad people involved in human trafficking, but far more important is the number of people rescued from trafficking situations. My sincere thanks to every agency involved.”

“Human trafficking is an often hidden crime that manipulates and dehumanizes those who fall victim to it,” said Blaine Police Chief Brian Podany. “As demonstrated by the MN Human Trafficking Investigators Task Force, law enforcement in Minnesota is committed to putting an end to trafficking in our great state. Minnesota public safety has a history of collaborative efforts in combating crime and this is another great example of that. The Blaine Police Department is committed to the continued fight to rescue victims and hold the perpetrators responsible.”

“It was an excellent opportunity for multiple jurisdictions to collaborate and compare different strategies and network statewide,” said Duluth Police Investigator Nicholas Lepak. “The operation allowed us to show a statewide law enforcement emphasis on this dark underbelly of our society! It was rewarding and a lot of work but worth the effort! It was also nice to be part of this statewide team effort!”

“The results of the final four human trafficking operation remind us that we must continue to identify and aid the victims, arrest and prosecute the offenders, and continue to educate the public on ways to assist law enforcement in the prevention of human trafficking,” said Bloomington Police Chief Jeff Potts.

“While the eyes of the basketball world were focused on the court at U.S. Bank Stadium, some were attempting to hide in the shadows of our great community, trafficking and exploiting women and girls, inflicting unimaginable physical and emotional harm, and profiting from pain,” said St. Paul Police Chief Todd Axtell. “I’m proud to be part of a law enforcement community that wouldn’t stand for it, that collaborated to shine a bright light on the perpetrators and that committed to doing everything possible to help the victim survivors. And it doesn’t end here. The Final Four May be over, but our work to seek justice for those who were harmed is just beginning. We’ll continue to doggedly investigate, build cases and pursue charges. And maybe someday the perpetrators will understand that there is no place for them in the Twin Cities or anywhere in Minnesota if they are going to buy or sell other human beings—not during high-profile events, not ever.”

“Sex trafficking, like people playing basketball, goes on all year long. But when major events come to our town the criminals follow and law enforcement and prosecutors have a chance to make a big impact,” Hennepin County Attorney Mike Freeman said. “That is what happened here and we already have charged 12 defendants in Hennepin County, with more coming.”