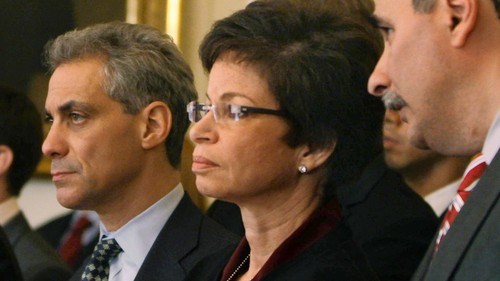 This, the sixth and final installment of The Betrayal Papers, will explore various projects, schemes, and associations that tie Obama and his associates together. A preponderance of these projects are based out of Chicago, the crossroad of the global Left, Islamic “civilization jihad,” and the Communist mafia. The themes to observe in each case are deception, greed, and power.

To have any chance to retain our freedoms and personal safety, we must recognize the depth of the treason from within; we must name the perpetrators and conquer them before they end America.

But first, three profiles of key Obama operatives, and one Maurice Strong.

As Obama’s initial Chief-of-Staff, Emanuel wielded considerable power during Obama’s early years in office, being the de facto gatekeeper to Obama. A former Clinton man, Emanuel ultimately clashed with Valerie Jarrett, leading to his departure from Washington, D.C. and return home to Chicago. Since being elected mayor (a bid supported by Obama & Co.), Emanuel has faithfully served to keep a lid on a number of Chicago-centric scandals that would damage, perhaps fatally, the credibility of the administration.