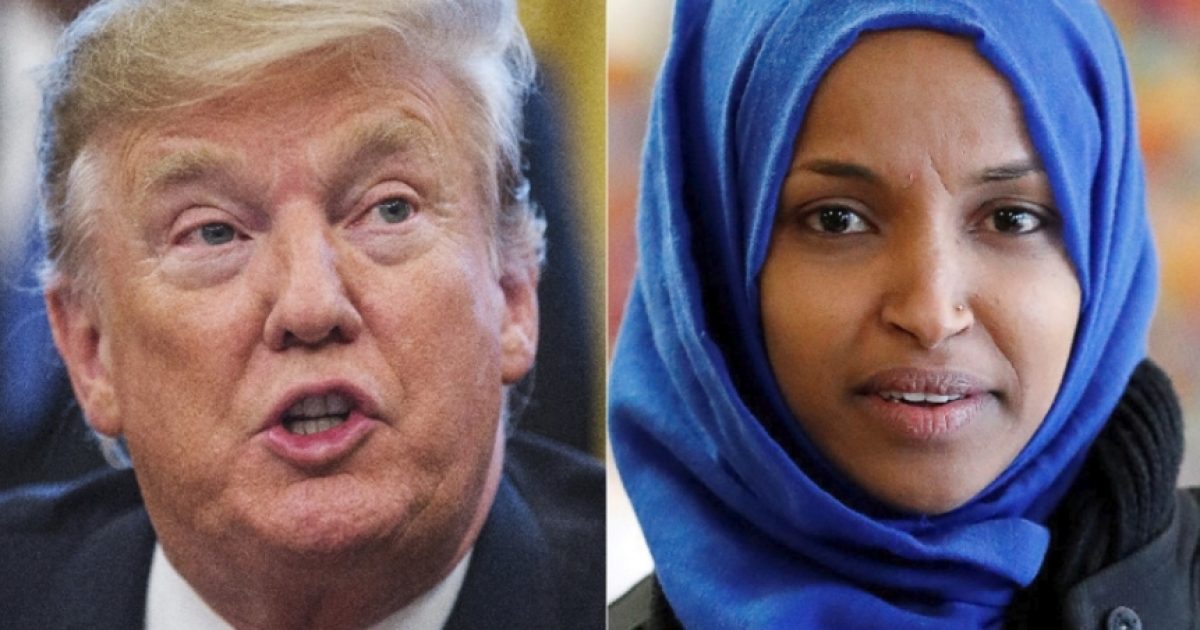 President Donald Trump trolled Muslim Rep. Ilhan Omar on Twitter on Friday, responding to her claim that “some people did something,” Trump tweeted, “WE WILL NEVER FORGET!” and added video to show exactly what people and what thing occurred on 9/11.

Of course, the president was trolled back by people claiming that he lied about certain things that he saw and did after 9/11, but apparently, they live in a bubble and are not aware that even the mainstream lying media have fact checked Trump and discovered he was telling the truth.

As I previously reported, it’s not just Omar, but also Muslim Rep. Rashida Tlaib (D-MI) who joined the chorus of taqiyya to defend Muslims, that’s the “some people,” and whitewash 9/11, that’s the “something.”

Already, the president’s tweet has caused the unhinged Hollywood types like Alyssa Milano, who also lives in a echo chamber to respond.

“What in the actual f*ck!? Is this real life?! We all need to report this tweet. We can not normalize this behavior. Help me process this. Please.” she tweeted.

I’m guessing we won’t hear anything from Milano on that, nor an apology for her callous behavior towards the families of the victims of 9/11.

While many responding to Trump were hysterical and completely oblivious to what Omar was actually doing, some did come to the president’s aid.

How can anyone attempt to diminish the magnitude of 9/11?

Those “Some People” that “did something” have single handily placed America on permanent guard.

One person tweeted a sobering reminder, “Unfortunately, I think we FORGOT!”

Unfortunately, I think we FORGOT! pic.twitter.com/miMI5vMddB

While Trump is right on the issue of not forgetting what occurred, the problem is that much has been done to enable at least one country that had a big hand in 9/11, which we still are courting to this day.

…..and yet the only country known to have been involved with 9/11 was SAUDI ARABIA.