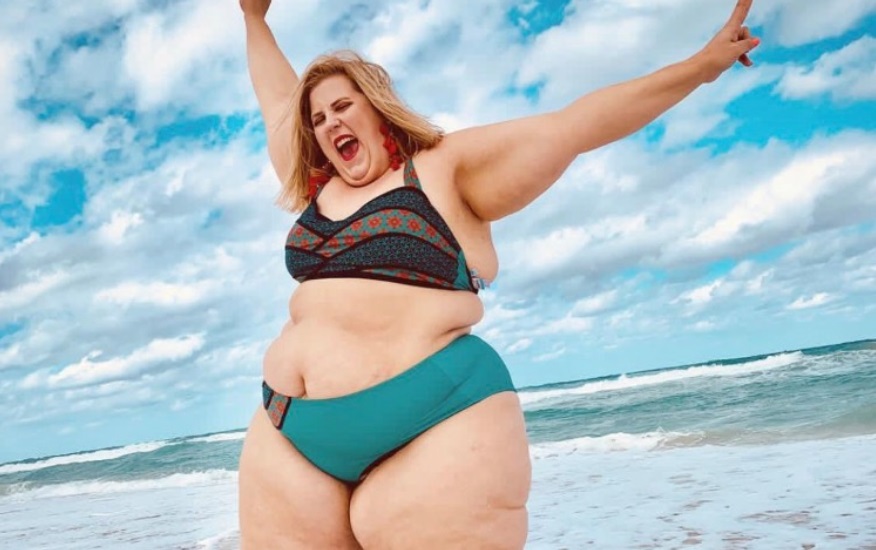 (Natural News) Leave it to a soulless, multinational corporation like Procter & Gamble (P&G), which was kicked out of Argentina back in 2016 for committing major tax fraud, to once again hop on the virtue signaling bandwagon here in the United States with a ridiculous new marketing campaign that pushes the idea that being really fat as a woman is somehow “beautiful.”

Falling under its “Gillette Venus” line of women’s personal care products, the advertising push made its first appearance on none other than P&G’s Twitter account, where the company published the above photo along with copy explaining that “Anna,” the model in the photo, represents the type of woman for whom Gillette Venus products are geared.

“Go out there and slay the day,” Gillette wrote in a caption below this disturbing photo, adding in another tweet that “Venus is committed to representing beautiful women of all shapes, sizes, and skin types because ALL types of beautiful skin deserve to be shown.”

“We love Anna because she lives out loud and loves her skin no matter how the ‘rules’ say she should display it,” the caption went on to say, followed by a cute little blue heart emoji for good measure.

For more related news, be sure to check out Twisted.news. 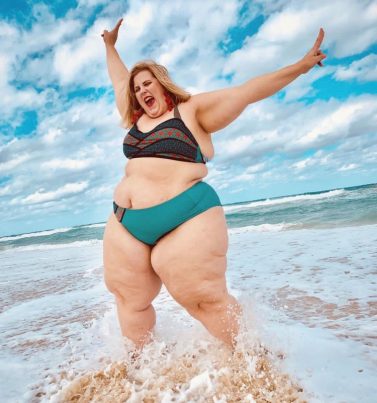 Being morbidly obese isn’t beautiful: it’s a sign of disease and potential early death, if not corrected

Almost as insane as P&G’s decision to push the nonsensical idea of “toxic masculinity” in Gillette shaving ads geared towards its male customers, this latest insinuation by P&G that hoofing around loads of extra body fat as a woman is somehow a-okay is not only laughable, but also highly irresponsible.

Being fat – and especially morbidly obese like “Anna” in P&G’s marketing photo – is a recipe for disease and early death if it isn’t properly addressed. Heart disease, cancer, you name it: excess “jiggle” isn’t something to be proud of, let alone celebrated, which begs the question: What is P&G hoping to accomplish by trying to glamorize it?

“99% sure the woman in the photo is on an anti-depressant and / or statins,” wrote one Twitter user in response to the ad, highlighting this same point.

“I have several loved ones that are obese. I’m all for making ppl (sic) feel comfortable in their skin, but let’s not glamorize obesity, please. It is NOT healthy. Supportive is fine. Encouragement is cruel.”

But what can we expect from a company that also glamorizes transgenderism, a form of child abuse that can cause permanent damage to a person’s body, both physically and mentally.

In a Gillette Venus ad posted to Twitter back in February, P&G shined a spotlight on an “LGBTQ activist” who goes by the name of “Jazz Jennings,” explaining how “she” – Jazz is a biological male who tried to “transition” into being a “female” – refuses to shave her legs out of rebellion to what she sees as societal norms.

“For far too long, there have been far too many unwritten rules around how women show their skin,” wrote Amy Sciarretto in an article for Bustle that was linked to in the P&G ad.

“But there’s a new initiative that aims to give women back ownership over their skin. LGBTQ activist Jazz Jennings is the spokesperson for Gillette Venus’ #MySkinMyWay campaign, which aims to ‘re-right’ the rules regarding skin. That’s because no one other than you should have an opinion about whether you shave, how you treat your body hair, or how you decorate your skin with tattoos or makeup,” Sciarretto went on to explain.

For more news like this, be sure to check out Gender.news.