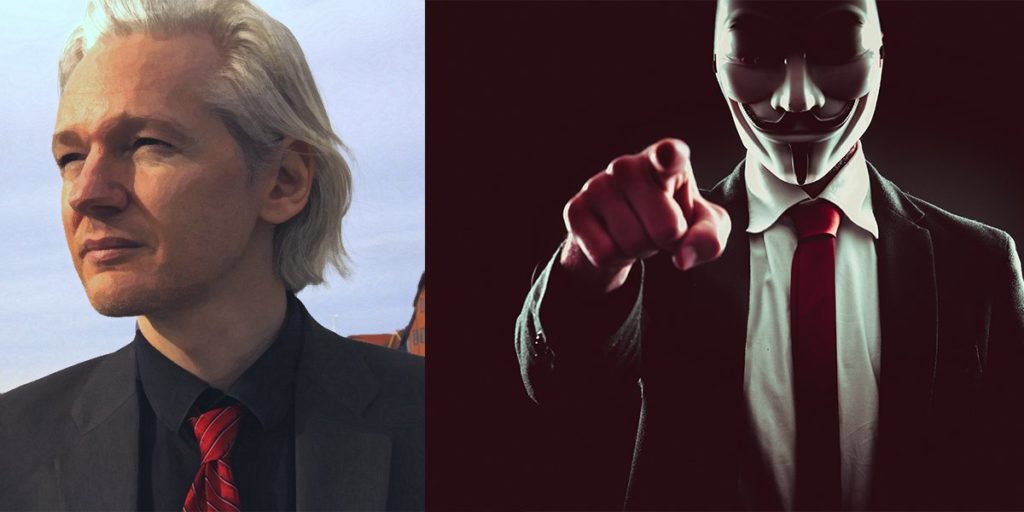 Following last week’s arrest of WikiLeaks co-founder Julian Assange in London, the hacktivist group Anonymous released a video calling for his captors to be held accountable.

The video showed the classic Anonymous figure wearing a Guy Fawkes and speaking with a distorted voice.

“Many powerful forces from all over the world have worked to make this possible. Influential people representing the governments of the UK, the United States, and Ecuador have all signed off on this unprecedented attack on journalism. These interests have acted against the people without fear because they believe that their positions of power will grant them protection from the karmic consequences of reality,” the message said.

There was some cyber-war action following the threats from Anonymous, but the hackers responsible do not claim to be associated with the hacktivist collective.

InfoSec expert Jacob Riggs was the first to report that multiple Ecuadorian websites were taken down after Assange was arrested, including, Ecuador’s official website, the Central Bank of Ecuador, the Ministry of the Interior and the Ecuadorian Assembly in the UK.

Just been informed the Central bank of Ecuador, Ministry of Interior, Ecuador Assembly in UK and the Government of Ecuador were hit offline last night in response to the arrest of Assange. Haven't seen this covered yet so I'll be monitoring uptime for developments. pic.twitter.com/W1A3voVrdc

A hacking group operating under the name “AL1NE3737” took credit for the attacks. The group later released a database containing the full names and passwords for what appears to be 728 Ecuadorian government employees.

I believe I've just found another database dropped with the full names and bcrypt hashed passwords for what appear to be 728 Ecuadorian gov employees alongside 5 admin credentials, one password of which is MD5 hashed (lol). Not sure exactly where these were sourced from yet.

Ecuador’s sites were also hit with Denial of Service (DoS) attacks. According to DefCon Lab:

Among those involved in these attacks stand out from the groups / hacker DeathLaw , 5UB5, Cyb3r C0nven Security and Al1ne ( Pryzraky ).

DoS actions has consistently been against the Ecuadorian government targets, the country that gave Julian Assange to the UK police.” –DefCon Lab 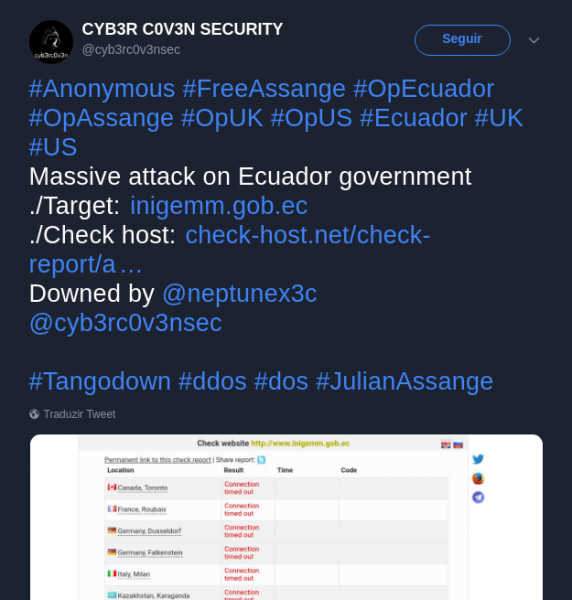 Shortly after those hacks were announced, Tech Crunch reported that the FBI was also hit.

One of the hackers provided a statement to Tech Crunch, in which they claimed to have hacked over 1,000 sites.

“We hacked more than 1,000 sites. Now we are structuring all the data, and soon they will be sold. I think something else will publish from the list of hacked government sites,” the hacker said.

However, the hacker did not indicate if they were associated with Anonymous or if their attack was in retaliation to the arrest of Assange, so it is possible that the timing of the FBI hacks is merely a coincidence.

This article was sourced from Truth Theory.