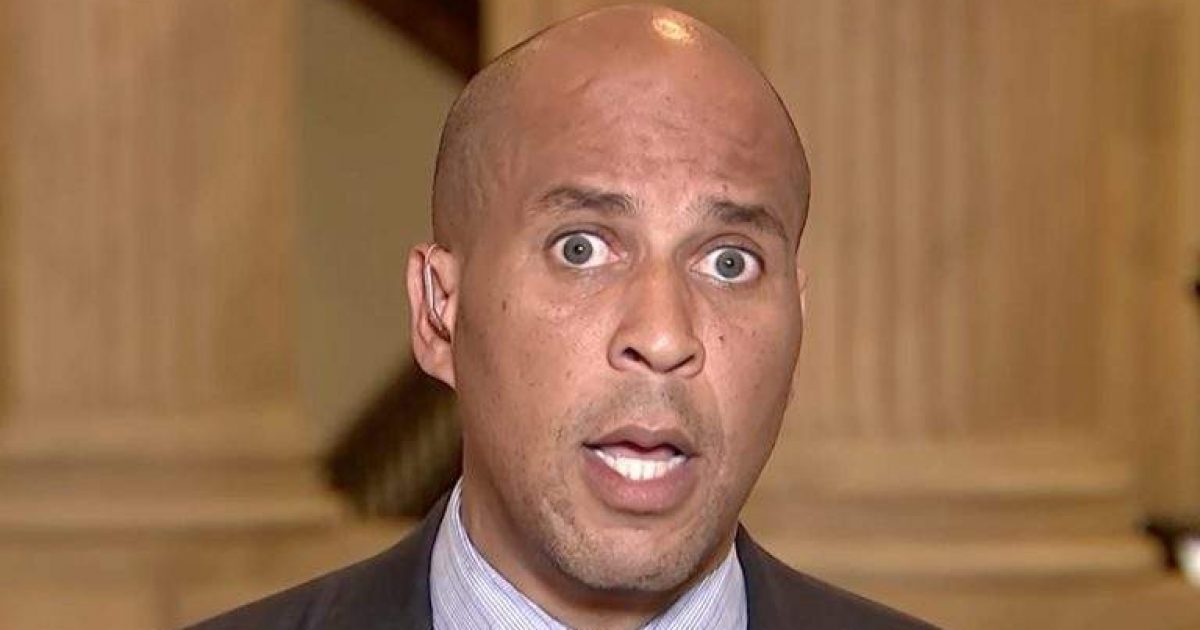 Cory Booker went on CBS to throw a fit over President Trump’s criticism of Rep. Ilhan Omar, an anti-Semitic bigot.

“That is so objectionable. That is so offensive. And- and- and this is what I mean about moral vandalism in our country that’s going on from the highest offices stoking hatred, stoking fears, pitting people against each other.”

But dismissing 9/11 is not a problem.

When pressed by Brennan as to whether he was also offended by how the Congresswoman referred to the 9/11 terrorist attacks during a speech last month, in which she obliquely referenced them as “some people who did some thing,” Booker deflected. Instead he said, “What she is experiencing right now, she does not deserve — from what she said in her speech — she does not deserve the kind of vicious, hate-filled attacks that she’s experiencing.”

To clarify, dismissing 9/11 is not outrageous, but saying anything critical about Rep. Omar is.

This is the treasonous and un-American position of Booker, Warren and a bunch of 2020ers.