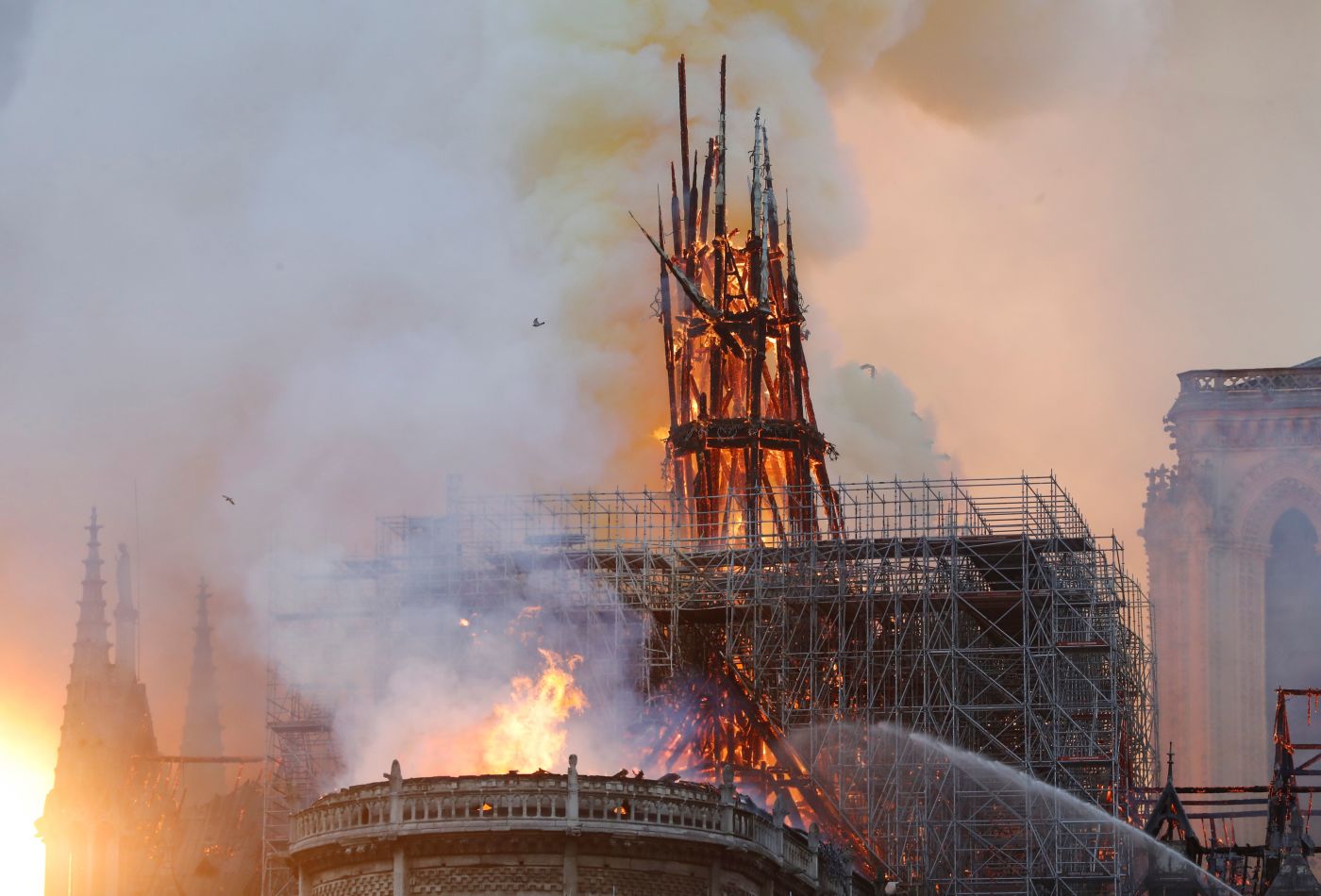 (Natural News) Residents of Paris, France were horrified on Monday as one of Europe’s oldest Catholic symbols outside of the Vatican, the Notre Dame Cathedral — built in the mid-to-latter 1100s, burned nearly to the ground.

Early reports claimed that the fire was caused by, or linked to, “renovation work,” but authorities were still on the scene as of this writing trying to determine what had happened.

Commentators and French newscasters were breathless in describing the scene as flames engulfed, and then collapsed the cathedral’s iconic spire.

“The cause is not yet clear, but officials say it could be linked to renovation work,” the BBC reported.

#NotreDame – The roof has completely collapsed. So tragic. pic.twitter.com/wXyuexniWz

That said, additional early reports — and at this point, unverified, we should add — claim that perhaps the burning of this historic Christian site was intentional.

Watson went on to note that the Saint Sulpice Church in Paris was intentionally set ablaze earlier this year, but as is often the case, the Leftist media downplayed those reports.

Watson also noted the 800-pound elephant in the room, given that France’s Muslim population has soared in recent years to one of the highest, if not the highest, per capita throughout Europe:

As we reported earlier, anti-Christian attacks in France are on the rise while attacks against Jewish symbols have also risen by 74 per cent.

According to a group that studies hate crime attacks against Christians, February was the worst month for attacks on Christian churches since they began collecting data.

According to Ellen Fantini, anti-Christian attacks are being minimized despite representing the largest share of hate crimes.

Watson also pointed out that more than 1,300 people had posted “smiley faces” in reaction to the fire on that social media sewer known as Twitter. “Appalling,” he wrote; many had Islamic names.

A brief summary of who is responding to the tragic Notre Dame fire with 'smiley faces' on Facebook. Appalling. pic.twitter.com/OBANPl9Wpv

This church withstood time and war: Now, suddenly, it burned?

On Fox News, meanwhile, host Shepard Smith cut off a French official who merely speculated that the fire was no accident, The Gateway Pundit noted.

“Not on my watch,” Smith scolded Philippe Karsenty, a French elected official who dared question the “politically correct” version that everyone already knows the fire was just an accident (if no one knows it wasn’t intentional — how can they know it was accidental?).

“Of course you will hear the story of the politically correct which will tell you it is probably an accident,” Karsenty began.

Karsenty then tried to bring up the reality that Christian churches throughout his country are being desecrated at an alarmingly high rate — a weekly basis — but apparently, such truths are not welcome on Smith’s “watch.”

“Even the Nazis didn’t dare destroy it [Notre Dame cathedral],” Karsenty said. “And you have to know for the last year we’ve had churches desecrated each and every week all over France so of course you will hear the story of the politically correct which will tell you it is probably an accident.”

“Sir. Sir! Sir! We’re not going to speculate here of the cause of something for which we don’t know,” Smith insisted. “No, sir, not here, not on my watch!”

Noted The Gateway Pundit’s Christina Laila brilliantly: “If only Fox News shut down people speculating about Russia collusion the way they cut off their guests speculating the Notre Dame fire was not an accident.”

True. And let’s be clear, here: This church has stood the test of time and war — for nearly 900 years. Suddenly, it’s aflame.