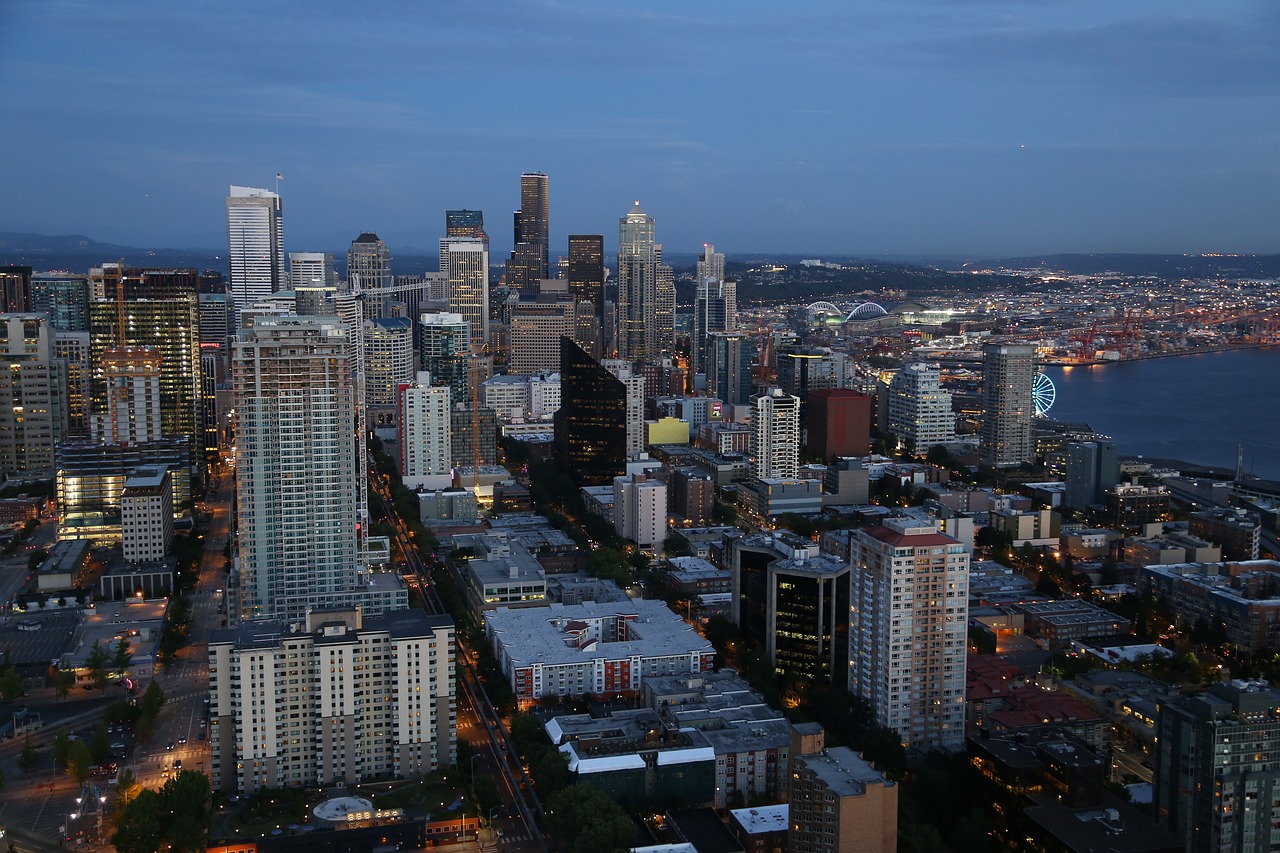 Once upon a time, San Francisco, Los Angeles and Seattle were three of the most beautiful cities on the entire planet.  I know that this is hard to imagine today, but there was a time when millions of people eagerly moved out to the west coast for a better quality of life.  Sadly, the reverse is true today.  Millions of people are moving away from our major cities on the west coast because of the hellholes that they have become.  A former Seattle police officer that was recently interviewed by a reporter from KOMO News  was very honest about the fact that he would never want to raise a family in Seattle because of the hellhole that it has become.  Every night he saw the worst of Seattle firsthand, and he finally felt forced to quit because city officials would not allow him to effectively do his job.  An explosion of homelessness in our major west coast cities has fueled a wave of crime, drugs and human degradation unlike anything we have seen before, and in many cases our law enforcement officials have their hands tied and are literally being prevented from cleaning up the streets.

Right now, more than half a million people are homeless in the United States.  As the economy gets worse, that number will continue to rise.

But because of their ultra-liberal policies, some of the major cities on the west coast have become magnets for drug addicts, serial criminals, sex offenders, illegal immigrants and people that have simply heard about all of the “free benefits” that are being offered.  As a result, the streets of those cities have become a showcase for the social decay that is sweeping across our nation.

Let’s start with San Francisco.  According to one report, it is home to more than 28,000 homeless people, and that would make San Francisco the city with the third largest homeless population in the United States.

Others feel like that number is way too low, and the truth is that it is exceedingly difficult to count the homeless.

After all, how are you supposed to accurately count people that don’t want to be counted?

What we do know is that San Francisco is a huge magnet for drug addicts.  The city handed out 5.8 million free syringes in 2018, and that number would seem to suggest a homeless population far in excess of 28,000.

And as all those drug addicts aimlessly wander through the streets, many of them use those streets as their own personal toilets.  Over the past 8 years, more than 118,000 reports of human feces in the streets have been filed with city authorities…

Since 2011, there have been at least 118,352 reported instances of human fecal matter on city streets.

New mayor, London Breed, won election by promising to clean things up. However, conditions are the same or worse. Last year, the number of reports spiked to an all-time high at 28,084. In first quarter 2019, the pace continued with 6,676 instances of human waste in the public way.

In addition to endless piles of poop, the drug addicts are also endlessly committing property crimes in order to pay for their drug habits.

Each year, there are more than 6,000 property crimes per 100,000 residents in San Francisco.  That is about four times the rate of property crime that New York City has reported.

Mayor Breed would like to get a lot of these homeless people off of the streets, but finding a place to put them has been problematic.  Residents of one wealthy liberal neighborhood are currently fighting like mad to keep a proposed homeless shelter away from their gated mansions…

A wealthy liberal neighborhood in San Francisco whose residents cast the most votes for Hillary Clinton in the 2016 presidential election is fighting against a proposal to build a new homeless shelter near their gated mansions.

Mayor London Breed has sponsored legislation to fast track a homeless shelter that would house 200 people. However, wealthy liberals living in the affected area have set up a GoFundMe to stop the project which has already hit $80,000 of its $100,000 target.

Things are certainly not any better in Los Angeles.

According to the same report mentioned above, L.A. has nearly twice as many homeless people as San Francisco…

Los Angeles has the second largest population of people exploring homelessness, according to a new report.

The homeless population in L.A. has surged 75 percent in six years, and this has happened during a time when the economy has been relatively stable.

So how bad are things going to become when the economy starts getting really bad?

When I was running for Congress, one of the people that came to help the campaign had spent a lot of time in some of the worst parts of Los Angeles.  He told me about the public drug use, the constant crime and the human degradation that is seemingly everywhere.  This greatly saddened me, because Los Angeles was once a magnificent city.  In fact, at one point in my life I wanted to live there.

But not anymore.  Today, millions of people are leaving California and never looking back because of the utter hellhole the entire state has become.

Further up the coast, the city of Seattle is experiencing similar issues.  Not too long ago, a veteran Seattle reporter named Eric Johnson produced an hour-long documentary entitled “Seattle Is Dying”, and if you have not seen it yet I would strongly recommend taking the time to watch it.

Since it was first released, it has been viewed almost 2 million times on YouTube…

In the past two weeks, Seattle Is Dying has garnered 38,000 shares on Facebook and nearly 2 million views on YouTube. The report has clearly resonated with anxious, fearful, and increasingly angry Seattle residents. Exhausted by a decade of rising disorder and property crime—now two-and-a-half times higher than Los Angeles’s and four times higher than New York City’s—Seattle voters may have reached the point of “compassion fatigue.” According to the Seattle Times, 53 percent of Seattle voters now support a “zero-tolerance policy” on homeless encampments; 62 percent believe that the problem is getting worse because the city “wastes money by being inefficient” and “is not accountable for how the money is spent,” and that “too many resources are spent on the wrong approaches to the problem.”

One of the moments in the documentary that really touched me was when a concerned resident described how drug addicts have been leaving needles and human waste in the graveyard near his home.  The homeless have erected tents all around the graveyard, and he can clearly smell urine whenever he walks down the streets.

He would like to fix things, and he is fed up enough that he has decided to run for city council.  But he is facing an uphill battle, because Seattle has been entirely taken over by socialists.  The following comes from Mac Slavo…

The entire video is about an hour long, but it is pretty easy to see where Seattle continues to go wrong. A heavy tax burden, regulations that push out businesses, and a power-hungry group of totalitarian sociopaths have been slowly eroding the city. The decay of Western civilization can be seen up and down the entirety of the West coast. Some say it’s by design, others disagree. But the commonality is that all of the cities are being pushed into poverty by illusions and lies of socialists. Calling Seattle anything other than a leftist’s paradise would be inaccurate. The city has all of the laws the socialists want, yet it’s killing itself because of it.

In life, the decisions that we make have consequences, and San Francisco, Los Angeles and Seattle are now experiencing the consequences of decades of incredibly foolish decisions.

But of course they are far from alone.  All across the country there are thousands of communities where social decay is exceedingly evident, and it is getting worse with each passing year.

If we want to change the trajectory of our future, we have got to start doing things differently.

Because if we keep doing the same things, we are going to keep getting the same results, and our country is going to continue falling apart right in front of our eyes.