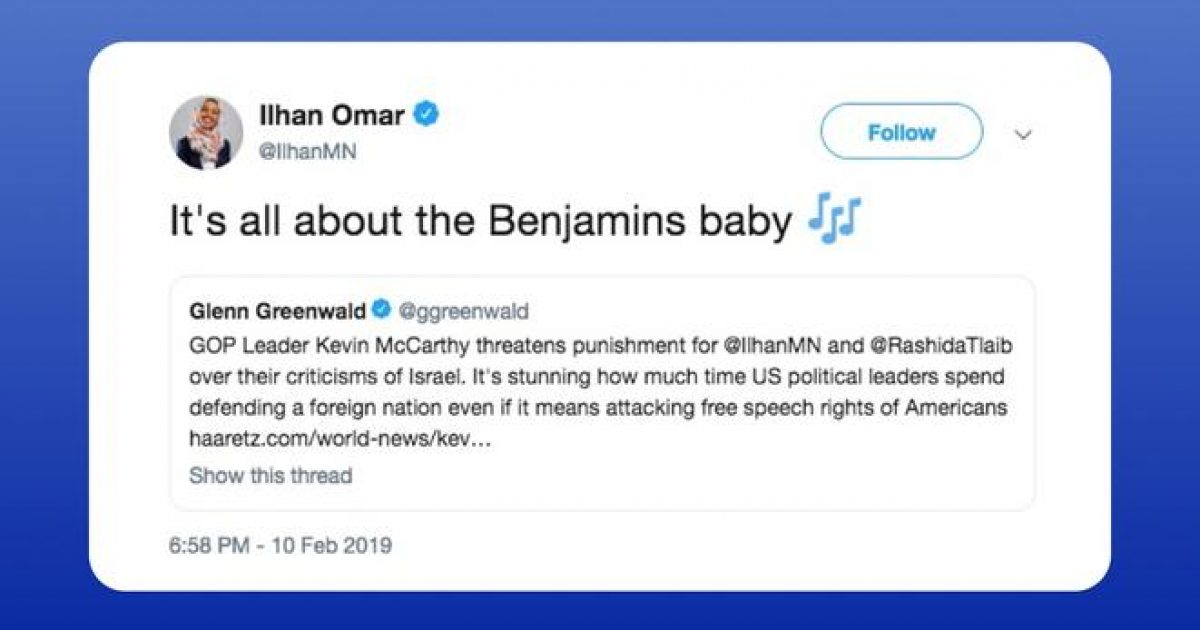 When Rep. Omar said that it was all about the Benjamins, she may have been speaking from experience.

As Charles Fain Lehman and Joe Schoffstall at Free Beacon note, a whole lot of money began coming her way after her anti-Semitic remarks.

Throughout the first quarter of the year, which spans from Jan. 1 to March 31, Omar’s campaign pulled $822,024.29 in contributions from individuals, $414,000 of which came from small donors, or individuals providing less than $200 in total contributions to the campaign.

Most of the money was raised by the campaign following the Feb. 27 event that led to a stream of public headaches for Democrats. Omar’s campaign hauled in just $24,331 in contributions in January while taking in $115,007 in donations in February—$23,360 of which came the day after the D.C. townhall event with Tlaib.

However, throughout March the congresswoman hauled in $265,429 in donations, according to an analysis of her campaign records.

A closer look at the data reveals a notable jump in contributions to Omar in the period specifically following her and Tlaib’s Busboys and Poets appearance. In the pre-appearance period, she raised an average of $6,443 per day; after her appearance, that figure jumps to $11,552 per day on average.

Controversy is the path to cash.

The more ugly things Rep. Omar says, the more she becomes a standard bearer for the Left, and wins their support.