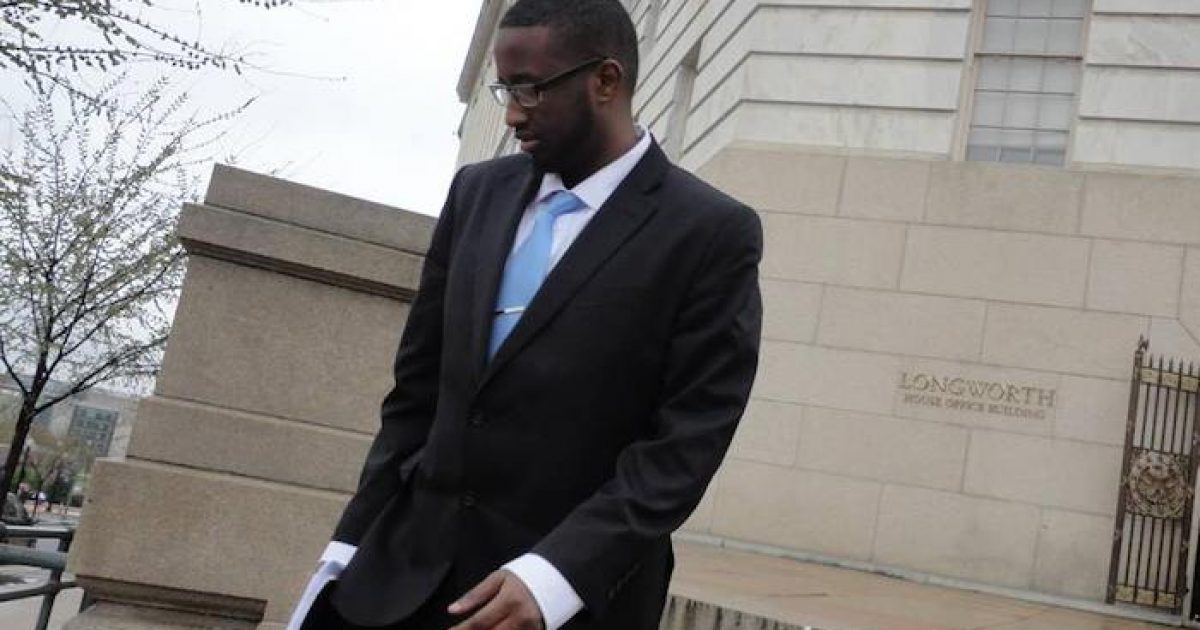 Sadiqq Abu Osman “states he is CAIR Minnesota’s Government Affairs Coordinator,” but he doesn’t appear on Hamas-linked CAIR Minnesota’s Staff page. Has he been fired for his genocidal Jew-hatred? That’s unlikely. Remember, CAIR is an unindicted co-conspirator in a Hamas terror funding case — so named by the Justice Department. CAIR officials have repeatedly refused to denounce Hamas and Hizballah as terrorist groups. Several former CAIR officials have been convicted of various crimes related to jihad terror. CAIR’s cofounder and longtime Board chairman (Omar Ahmad), as well as its chief spokesman (Ibrahim Hooper), have made Islamic supremacist statements about how Islamic law should be imposed in the U.S. (Ahmad denies this, but the original reporter stands by her story.) CAIR chapters frequently distribute pamphlets telling Muslims not to cooperate with law enforcement. CAIR has opposed virtually every anti-terror measure that has been proposed or implemented and has been declared a terror organization by the United Arab Emirates. CAIR’s Hussam Ayloush in 2017 called for the overthrow of the U.S. government. CAIR’s national outreach manager is an open supporter of Hamas.

Writing in Alpha News, journalist Megan Olson draws attention to Islamist Watch research on the cozy relationship between politicians and anti-Semitic Islamists in Minnesota. Now, new information about the virulent anti-Semitism of leading Islamist activists in Minnesota has emerged.

As Olson concisely explains, not only was anti-Jewish cleric and activist Asad Zaman invited by Minnesota Governor Tim Walz to deliver a sermon before the State of the State address, but a bill currently before the Minnesota legislature nominates Zaman to join a taskforce on “Islamophobia and antisemitism.” This is particularly galling, given that on his social media, Zaman promotes anti-Semitic conspiracy articles published by neo-Nazi websites, expresses support for violent jihadist groups, including Hamas and Islami Chhatra Shabir, and writes: “It is a tactic of the Israeli lobby to label those whom they cannot shut up as anti-Semites. (please check out the Hasbara manual).”

Zaman is head of the Minnesota branch of the Muslim American Society, a national organization first founded by Islamist activists involved closely with the Muslim Brotherhood. In 2014, the United Arab Emirates named MAS as a terrorist organization, along with another group, the Council on American-Islamic Relations (CAIR).

CAIR is also extremely active in Minnesota. Its Minnesota branch, and its head Jaylani Hussein, have also been nominated by the same Minnesota bill to join the anti-Semitism taskforce. Hussein has been criticized before, after he reportedly refused to condemn the designated terrorist organization Hamas.

But this is small-time compared to the views of his colleague, Abubakar Osman, who states he is CAIR Minnesota’s Government Affairs Coordinator. Islamist Watch has discovered that Osman (also known as Sadiqq Abu Osman) wrote in a Facebook post in 2008: “i wish hitler was alive to fuck up the jewish ppl and add more jewish causalities to the 6 million he killed in the holocaust…”