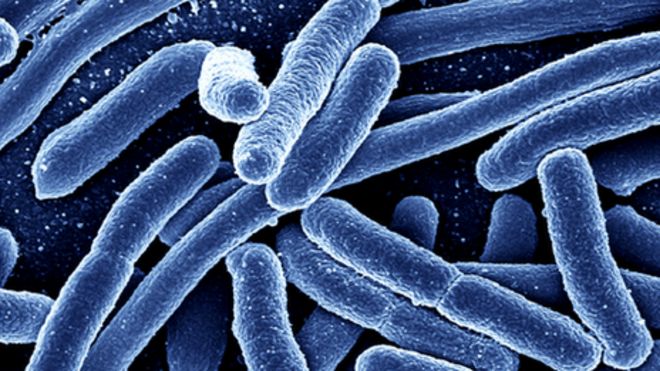 (Natural News) As an E. coli outbreak ravages across state lines, the media has largely been silent. Reports on this plague of food-borne illness are few and far between, even though over 100 people have already been infected. Where are the warnings and the public outcry? When even one child has measles, there is a media frenzy about vaccination and the alleged health apocalypse that will soon strike if we don’t fall in line, roll up our sleeves and get injected.

The CDC isn’t even suggesting that people limit their ground beef consumption — even though investigators believe it to be the source of infection. Both illnesses can be contagious — and only one of them is being spread through a contaminated food supply.

Instead of even giving the E. coli outbreak the time of day, it appears the pro-vaccine media has chosen to focus their attention on measles — perhaps because there is no E. coli vaccine to push and no anti-vaccine fear-mongering to be had. If it doesn’t fit the narrative, it basically didn’t even happen — at least as far as the mainstream media is concerned.

So far, the CDC reports that the E. coli outbreak has affected 109 people in six different states. These states include: Indiana, Georgia, Kentucky, Ohio, Tennessee and Virginia. Seventeen have been hospitalized, but as of the time of this reporting, there have been zero deaths related to the outbreak. Preliminary reports suggest that ground beef is the source of illness, but investigators have not yet identified a common supplier, distributor or brand of beef that may be contaminated.

At this time, the CDC is not currently recommending people stop eating beef, but it is suggesting that all ground beef be cooked thoroughly and handled with extra care.

It is beyond ironic that when there is a measles outbreak, the first response from health officials and media pundits is to begin pushing for vaccination — but when our food supply is contaminated with pathogenic bacteria, the CDC couldn’t care less. The suggestion that people just make sure their meat is cooked thoroughly is a pretty underwhelming response — especially when you consider just how preoccupied the media is with measles.

There is no shortage of articles spinning stories of doom and disaster if vaccination rates don’t increase. If you were to believe the mainstream media, you’d think that vaccines are life-saving miracle cures. The sad reality is that no vaccine is ever 100 percent safe or 100 percent effective.

According to the media, if just enough people were to get vaccinated, there’d be no more outbreaks — but at the same time, they note that most cases of measles in the U.S. occur in people who’ve returned from a trip to another country currently battling measles.

Firstly, if vaccines worked as well as Big Pharma says, these people probably wouldn’t have gotten sick in the first place. Secondly, it is well known that vaccines spread disease.

Even CNBC reported in 2015 that health officials know vaccines are risky business. Most major health organizations warn immuno-compromised people to stay away from recently vaccinated individuals. They are vectors for disease.

Sally Fallon Morell, president of the Weston A.Price Foundation, said, “The public health community is blaming unvaccinated children for the outbreak of measles at Disneyland, but the illnesses could just as easily have occurred due to contact with a recently vaccinated individual.”

“Evidence indicates that recently vaccinated individuals should be quarantined in order to protect the public,” she added.

At the time, CNBC reported that it had been scientifically proven that MMR vaccine recipients can infect others for weeks or months after immunization. Both vaccinated and unvaccinated people may be susceptible to vaccine-derived measles.