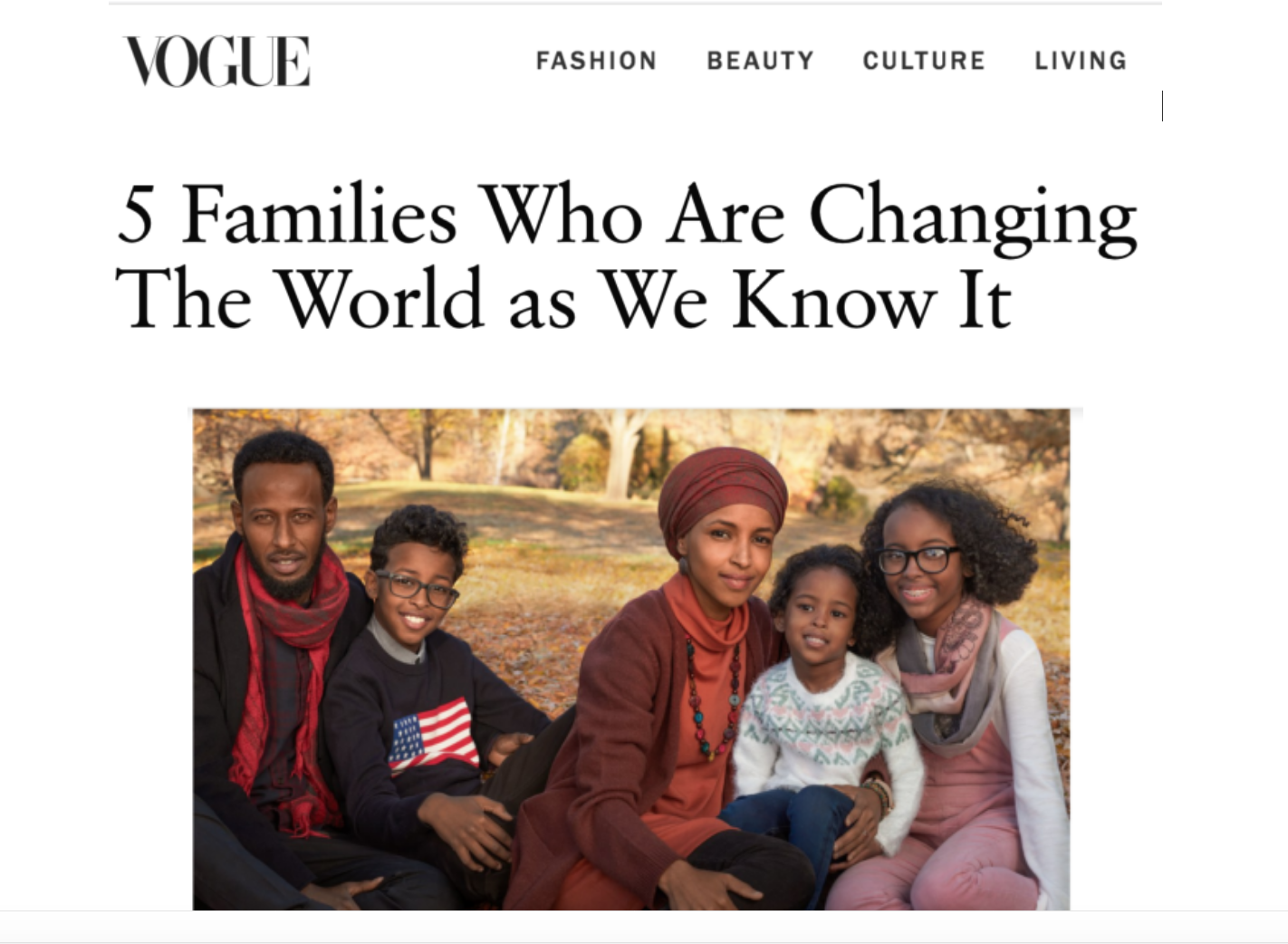 This story will not die, despite the enemedia’s censoring, whitewashing and scrubbing of it. I first reported on this disgusting marriage here in 2016. In all the glowing cover stories at Newsweek,Rolling Stone, TIME — Vogue even did a story on her family (!) — this is never mentioned.

by Jim Hoft April 16, 2019:
take our poll - story continues below
Completing this poll grants you access to DC Clothesline updates free of charge. You may opt out at anytime. You also agree to this site's Privacy Policy and Terms of Use.

Ilhan Omar built a vast coalition of East African voters to defeat the incumbent in Minneapolis.

The liberal media forgot to mention Ilhan was married to her brother.
Power Line reported:

A reader has written us to point out that the Somali website Somalispot posted information last week suggesting Omar’s involvement in marriage and immigration fraud. The post notes that Omar married Ahmed Hirsi in 2002. Hirsi is the father of Omar’s three children. Omar is depicted with Hirsi and their children on Omar’s campaign website here.

The post further notes that Omar married her brother Ahmed Nur Said Elmi in 2009, implying that the latter marriage assisted his entry into the United States. Her brother was a British citizen. “As soon as Ilhan Omar married him,” the post continues, “he started university at her [a]lma mater North Dakota State University where he graduated in 2012. Shortly thereafter, he moved to Minneapolis where he was living in a public housing complex and was later evicted. He then returned to the United Kingdom where he now lives.”

Ilhan Omar was elected to be a State Representative for District 60B November 8, 2016 and took her oath on the Quran.

In October 208 David Steinberg at PJ Media posted proof that Rep. Ilhan Omar did indeed marry her brother back in 2009.

Rep. Omar has stated that she did marry “British citizen” Ahmed Nur Said Elmi in 2009, though the allegation that he is her brother is “absurd and offensive.”

However, according to official student enrollment records archived by St. Paul Public Schools and the state of Minnesota, an “Ahmed N. Elmi” was enrolled as a senior in the Class of 2003 at Arlington Senior High School in St. Paul, MN, from September 6, 2002, until June 10, 2003. He graduated and received a diploma.

And it gets worse…
Congresswoman Ilhan Omar (D-MN) is under investigation for using her campaign funds when she was a state lawmaker to pay for her divorce.