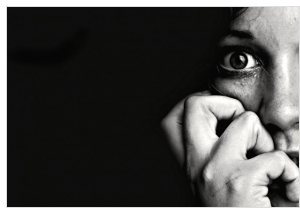 Americans are increasingly living in fear of the opposing political party.  While the elites laugh and continue to enslave the populace even further because of this fear, Americans increasingly embrace their chains while asking them to be shortened, and all while dehumanizing those on a different plantation.

The fact is, none of us are free. We are all slaves to the same master – the political elites.  The only way to be free is to accept it and attempt to free others in the process. So far, the government has not had to put literal chains on anyone because most Americans are mental slaves.  If you own the mind, you won’t need to enslave the body.  This is causing problems in problems in our society, however, as many fear those who think differently than they do while giving a pass to the ones actually at fault for their dissatisfaction.

Extreme partisanship has infected both democrats and republicans to the point of no return. According to Oregon Live, more than 40 percent of Americans say they are surrounded by “downright evil” and they’re referring to their fellow Americans who happen to belong to a different political party. This division and fear keep the elite wealthy, powerful, and increasingly authoritarian. While we fight each other, we can’t be bothered to actually take on the behemoth monster that is responsible for all this fear and division in the first place.

A recent academic paper by political scientists Nathan P. Kalmoe and Lilliana Mason, presented at the National Capital Area Political Science Association conference in January, concludes that the extreme partisanship of recent decades has made millions of Americans intellectually insular and emotionally numb. As a result, these hyper-partisans – and, to be clear, all of this goes for members of both major parties – feel little or no sympathy “in response to deaths and injuries of political opponents.” Some even show “explicit support for partisan violence.” –Oregon Live

The key component to all of this fear is ensuring the public stays divided by dehumanizing each other.  This makes violence against each other suddenly “acceptable” to those stuck and enslaved by the system. A key reason for this “moral disengagement” is that partisanship in the cable-TV and social-media age has proven exceptionally good at dehumanizing one’s ideological opponents. Kalmoe and Mason’s unpublished paper found that about one in five Americans believe that those on the other side of the partisan divide “lack the traits to be considered fully human — they behave like animals.”

The portion of hyper-partisan Americans is worrisome even for those not on the political spectrum.  Morality no longer matters if another human being is not seen as a human being. Kalmoe and Mason’s work indicates that the nature of this uptick in extreme partisanship provides people with the “psychological distancing” that allows them to rationalize physical violence and discrimination against others.

Instead of accepting that it is ALWAYS  morally wrong to initiate force or violence against another human being for ANY REASON, Americans have rationalized such violence and theft as taxation or police brutality in order to justify their own political violence. This type of path is leading our society down a very dangerous path.