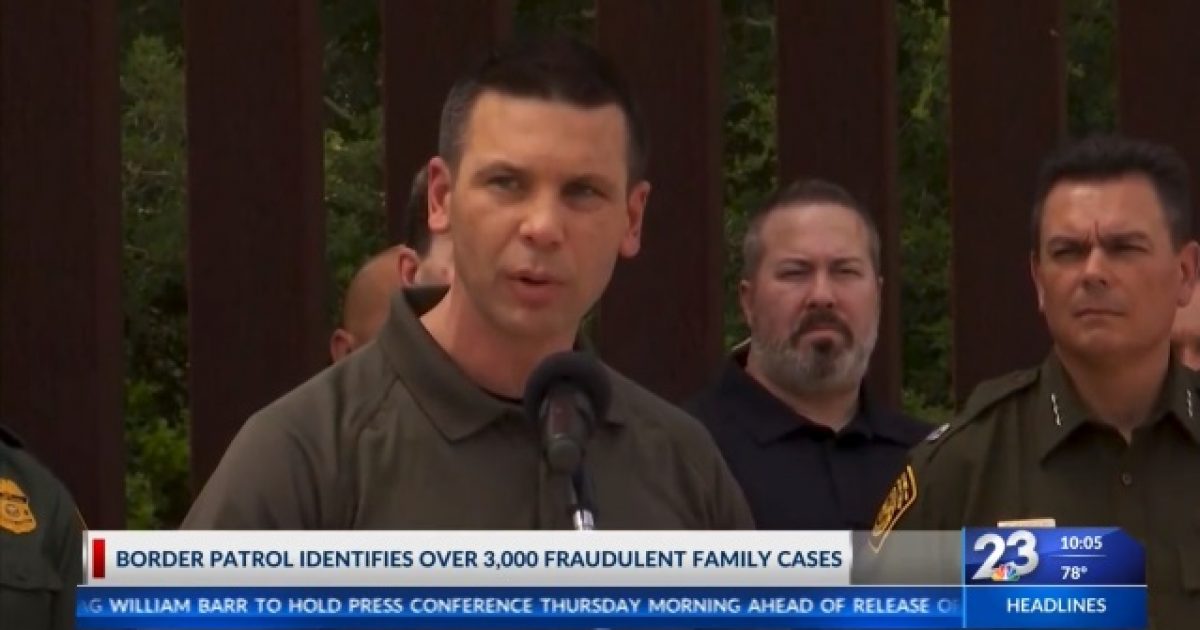 Ten days ago, it was reported that a local Fox affiliate in San Antonio, Texas uncovered a massive scam of illegal aliens with fake documents to deceive immigration officials into thinking they are real families when they are actually fake.  Now, US Border Patrol has identified over 3,000 fake family unit cases in the last six months.

Acting Secretary of Homeland Security Kevin McAleenan urged Congress to act on current immigration policies due to the system being full.

“It’s very clear that the cartel and smugglers know the weaknesses in our laws,” said McAlleenan.  “They know that family units and unaccompanied children will be released with no consequences for their illegal entries.”

”Yesterday, in one 24-hour period, we had over 4,800 people cross our border,” he added, saying that US Customs and Border Patrol apprehended over 100,000 immigrants in March.  ‘A new record for the modern era. Almost 1,000 of them crossed in just three large groups. 375 people in the largest of those groups.”

The Rio Grande Valley Sector appears to be one of the main places for immigrants to cross through over the past five years.

In the meantime, the people crossing over are receiving aid.

Among other visits, Secretary McAleenan witnessed the McAllen Respite Center offering help to care for families. He says that DHS already has solutions in place.

“At DHS we’re taking aggressive action to mitigate the crisis to protect vulnerable people in our custody by expanding medical care, creating temporarily facilities, improving transportation, using additional resources from DHS, and other departments throughout the federal government.”

McAleenan says DHS is enhancing border security by building a wall in the RGV sector this month and adding technology to support Border Patrol agents. He adds that he is working closely with closely with Central American and Mexican counterparts to end the crisis.

The Homeland Security Advisory Committee released a non-partisan report on April 16. In the report it reinforces there is a crisis along the border. The committee recommended enhancing processing and care for arriving families by establishing temporarily regional centers and increasing the presence of medical assistance on the border. Adding families should be kept together during expedited immigration proceedings.

It is somewhat mind-boggling to understand the numbers of people coming over the border.  However, also understanding how America has turned its back on God, I’m not surprised that the very judgments He said would come upon a disobedient people are coming true one by one (Deuteronomy 28; Leviticus 26).  America needs repentance more than she does a wall.