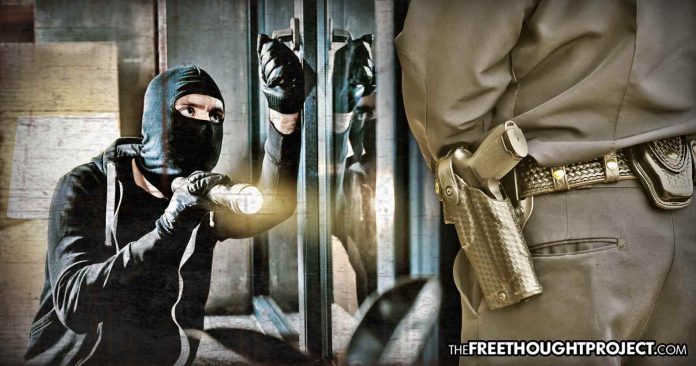 Milwaukee, WI — Earlier this month, Nicole Schneider and Jesse Rodriguez, along with their roommate, who remains unnamed, were burglarized. After being robbed of their computers, clothes, and other items, these roommates did what anyone else would’ve done and they called 911. But they received no help from police and resorted to solving their own crime — an act that would land one of them in a jail cell.

“He had slipped into the window next to ours, into my roommates bedroom,” said Schneider. “Grabbed a bunch of his stuff and walked out the front door and grabbed my laptop as he walked out.”

After they reported the crime to police, Schneider started watching Craigslist and saw her computer go up for sale. So, she called the Milwaukee police department to let them know she found the culprit — twice.

“I was dead certain it was my computer,” she said. “And I called the police again and the man who answer the phone was like, ‘Oh they were suppose to call you back,’ but they never did.”

When Schneider’s roommate saw this man wearing his clothes, he became upset and tried to get back his things, right there on the spot.

“That is when my roommate just got completely upset seeing this gentleman was wearing his shoes,” said Schneider.

The fight spilled out into the Starbucks and when police arrived, both men were arrested. Schneider’s roommate was charged with battery and disorderly conduct for confronting the man who had stolen from him.

“When we have a lead you ignore us, so you are kind of forced into the position to investigate or look into the leads you might have,” said Rodriguez.

According to police, the man selling the stolen goods was only charged with possession of stolen goods and not the burglary because the burglary took place one county over. The buck was then passed from West Milwaukee police who said that it would have to be the Milwaukee police department who would need to charge him with burglary—because it happened in their jurisdiction.

So far, according to the report, only the computer and the designer shoes have been returned and the rest of the items remain missing. Now, thanks to the passing of the buck, the thieves will have plenty of time to get the stolen goods out of the house and make up a story as to how they came into possession of the sneakers and computer.

Had the roommates told police that the burglar had stolen some marijuana from them, rest assured, these cops would have jumped up out of their seats to get right over there.

As TFTP frequently reports, not only is it a crap shoot to call the police, but it’s a terribly rigged craps game in which the house almost always wins – and you lose, just like in the above story.

What’s more, esearchers found that less than 5 percent of all calls throughout the country dispatched to police are made quickly enough for officers to stop a crime or arrest a suspect. The 911 bottom line:“cases in which 911 technology makes a substantial difference in the outcome of criminal events are extraordinarily rare.”

Also, as the above case illustrates, it’s very risky.

Calling 911 for help and then being victimized or killed by police happens far too often. Earlier this year we reported on the story of Kevin Davis, who called 911 to report that his girlfriend had been stabbed. When cops got to his apartment, they killed him.

Previously, we reported the story of a decorated Army veteran who called 911 for help with a cut foot. When police showed up at his house, they killed him.

TFTP also brought you the story of a man who called 911 to report a wanted gunman. When police showed up they shot the man who called them instead of the gunman.

Sadly, more often than not, this is what happens when you call the cops. Disturbingly enough, police also show up to 911 calls and sexually assault the ones who called them.

Officer Micah Meurer responded to a call at a 22-year-old woman’s northwest Amarillo home last year when she was in distress. The officer was later fired after it was exposed that Meurer forced himself on her and raped her.

Karl Fields, a police officer from Chattanooga, Tennessee was accused of sexually harassing and stalking a rape victim that he claimed to be helping with a criminal case.

Fields reportedly stalked the woman, parking out in front of her house on numerous occasions, and contacting her on a frequent basis.

According to a lawsuit recently filed by the victim, Fields attempted to call her 73 times in one night, and would frequently text her, requesting nude photographs and making obscene demands.

As this case and the rest of the above cases illustrate, the list goes on.