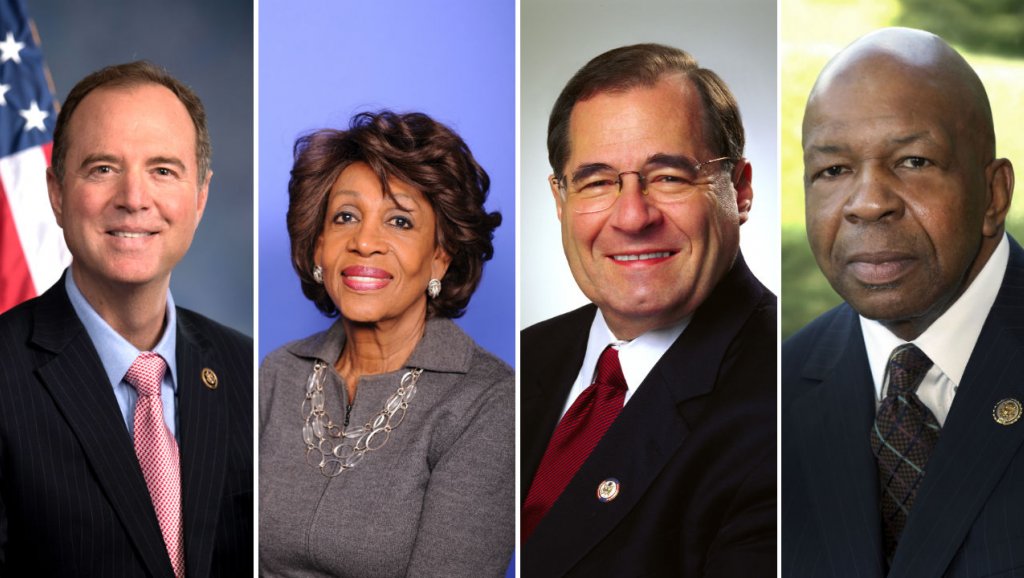 (True Conservative Pundit) The Democratic reaction to the release of the Mueller Report was exactly as anticipated, illogical, ignorant, stupid, and pathetic. Did anyone expect anything less?

You can listen to AG Barr’s press conference here, (the relevant portion begins at the 22:05 mark).

The Democrats have completely lost touch with reality and are proving this to be true on a daily basis. No less than five Democratic House Chairman sent a letter to AG Barr demanding that he cancel his scheduled press conference on the release of the Mueller Report.

The five House members who sent the letter are:

The Democrats are to no ones surprise demanding AG Barr release to Congress the full un-redacted Mueller Report.

There are several problems with all of this:

Another problem with Muller’s Report according to Rush Limbaugh is that it seems apparent that Robert Muller wrote his report in a such a manner that although he did not directly implicate President Trump in any wrongdoing whatsoever – the report was worded so as to leave the door open to the implication that there waswrongdoing on Trump’s part, Mueller just could not find it or prove it. This of course will give the Politicrats plenty of sunshine to make hay.

It is obvious to anyone that if the Democrats are provided with the full un-redacted Mueller Report that someone will immediately leak the relevant portions to the mainstream media who will be only too happy to print the dire news with absolute glee. This would all be in the name of destroying President Trump of course – while being camouflaged as being in the public’s best interest and right to know of course; as this is the number one goal of the Politicrats.

Dangerous criminal Rep. Jerry Nadler was all up in arms over the fact that AG Barr was having a press conference before releasing the Mueller Report. Nadler said, “this is wrong” – no, it’s not wrong Mr. Nadler. Nadler is only bent out of shape because the Politicrats can’t control the narrative on this one, not to mention that the Dems cannot spin this before it’s release to Congress and the public.

I’m deeply troubled by reports that the WH is being briefed on the Mueller report AHEAD of its release. Now, DOJ is informing us we will not receive the report until around 11/12 tomorrow afternoon — AFTER Barr’s press conference. This is wrong. #ReleaseTheReport https://t.co/bR50HhGJ0i

This is not about a press conference or even Congress right to see the report – this is solely about that fact that the Politicrats can’t publically spin this before the public sees the information for themselves.

“AG Barr has confirmed the staggering partisan effort by the Trump Admin to spin public’s view of the #MuellerReport – complete with acknowledgment that the Trump team received a sneak preview. It’s more urgent than ever that Special Counsel Mueller testify before Congress.”

AG Barr has confirmed the staggering partisan effort by the Trump Admin to spin public’s view of the #MuellerReport – complete with acknowledgment that the Trump team received a sneak preview. It’s more urgent than ever that Special Counsel Mueller testify before Congress. https://t.co/waoGzLntlt

So – because Trump did not impede the release of the Mueller Report, even stating that he wanted the report to be released, this is spinning the report? AG Barr repeating Mueller’s own findings, which were no collusion or obstruction – this is spinning the report? Keep in mind the source of these comments, Nancy no-mind Pelosi – who famously said that, “we have to pass the bill so you can find out what is in it.”

The Democrats have lost this fight and they know it, they are grasping at straws in sheer desperation to find something, anything with which they can hang Trump out to dry.

This writer is betting all of this partisan nonsense is going to come back to bite the Politicrats in a very big way. I recently wrote an article on the fact that the Democrats hate America; this can no longer be disputed unless one lacks a brain.

No outcome or result will in any way shape or form be accepted by the Politicrats concerning Trump, except for one – guilty. No matter that at least three separate investigations (Mueller, the Senate, and the House) all concluded that there was no collusion and no obstruction.

Wanting to, thinking about, or discussing action to stop or possibly disrupt the Mueller investigation does not qualify as obstruction. If that were the criteria needed to implicate someone in a crime, then as a matter of course we would need to remove all members of both houses of Congress along with most of the U.S. government.

The Democrats are operating on a completely ludicrous and outlandish premise that is only ever applied to those who are not on the side of the Democrats and the RINOs (Politicrats). When it is a question pertaining to the Politicrats, then the rules of engagement suddenly change. Then by golly one is innocent until proven guilty! But yet if one is not a vaunted Politicrat, well one is guilty of all charges until proven innocent.

Trump WILL win in a landslide in the 2020 election, and I see a very distinct possibility that the Republicans will regain the majority in the House and keep the Senate.

Americans are wising up to the corruption and the outright lying and manipulation of We the People via the Politicrats and the dishonorable and useless mainstream media.

Speak up and speak out America – while there is yet time.

You have been warned America…

Greg is the author of the soon to be released book: Spiritual Darkness is Destroying America and the Church