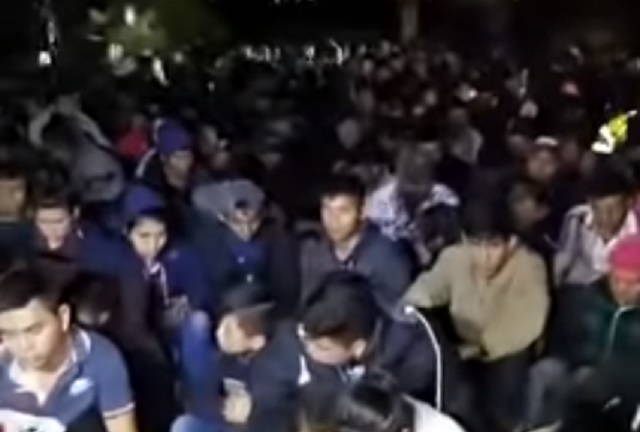 A group of America-loving patriots successfully caught a giant caravan of some 357 migrants illegal invading our southern border on Monday near Sunland Park, New Mexico.

The group “detained” the migrants legally and lawfully (basically through a bluff) until border patrol could arrive.

A message posted on the United Constitutional Patriots’ page after the migrants were detained Monday night stated: “This group was so huge we won’t have an accurate count until the BP is finished processing them. This needs to stop!!!!! Build the wall.”

The video shows Border Patrol agents as they apprehend members of the group of migrants that crossed into the U.S. Some of the migrants seen in the video are overheard coughing and asking for water. When asked why they entered the US, some of the migrants said they are seeking asylum.

A member of the United Constitutional Patriots told ABC-7 357 migrants were detained, but the U.S. Border Patrol would not confirm the exact number.

ABC-7 spoke with members of the United Constitutional Patriots in March 2019. The group told ABC-7 its members are armed, but they are aware they are not allowed to detain, approach or engage people entering the U.S. illegally. The group said it is merely at the border to alert Border Patrol agents when undocumented immigrants cross into the U.S.

You can see they’re all using children as “golden tickets” to get into the US thanks to the horrendous bipartisan open borders bill passed in February which incentivised child trafficking.

Both Republicans and Democrats are refusing to change the law to protect our border as Democrats see illegals as future Democratic voters and Republicans’ corporate donors see them as cheap slave labor.