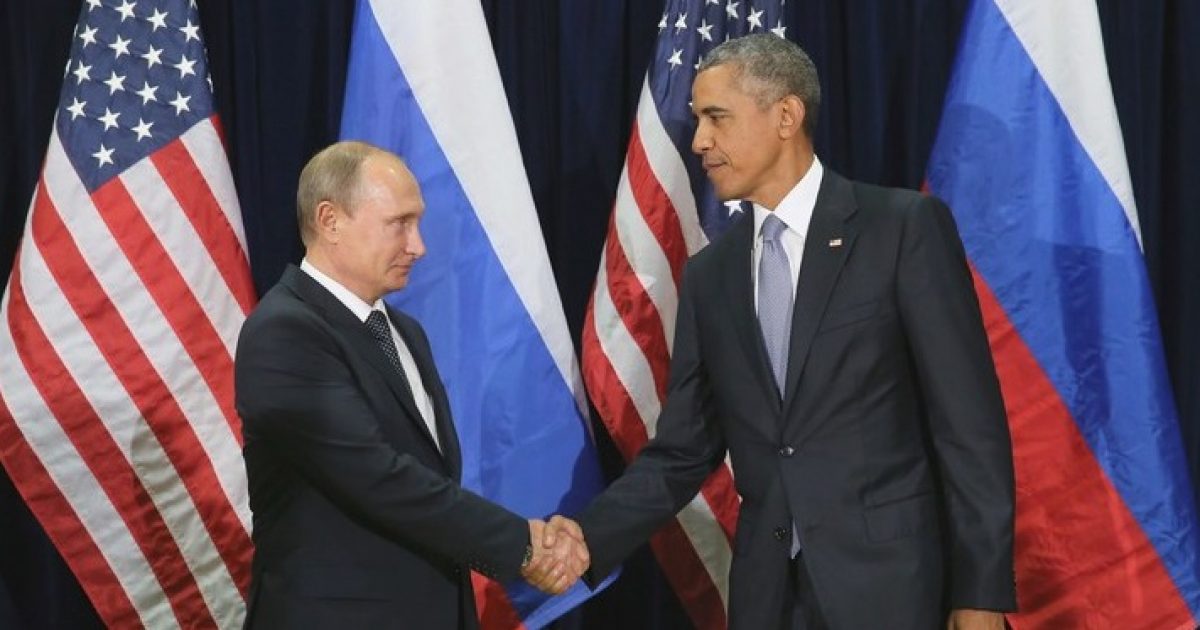 If the least trusted name in news is saying this, what exactly does that imply?  Well, it implies that there are huge problems for Barack Hussein Obama Soetoro Sobarkah, aka Barry Soetoro, because he and his criminal administration are implicated in pretty much everything leading up to the 2016 elections.  And now designated fake news outlet, CNN, who has been lying to the American people and the world for decades, is even saying, “Mueller’s report looks bad for Obama.”

The Mueller report flatly states that Russia began interfering in American democracy in 2014. Over the next couple of years, the effort blossomed into a robust attempt to interfere in our 2016 presidential election. The Obama administration knew this was going on and yet did nothing. In 2016, Obama’s National Security Adviser Susan Rice told her staff to “stand down” and “knock it off” as they drew up plans to “strike back” against the Russians, according to anaccount from Michael Isikoff and David Corn in their book “Russian Roulette: The Inside Story of Putin’s War on America and the Election of Donald Trump”.

Why did Obama go soft on Russia? My opinion is that it was because he was singularly focused on the nuclear deal with Iran. Obama wanted Putin in the deal, and to stand up to him on election interference would have, in Obama’s estimation, upset that negotiation. This turned out to be a disastrous policy decision.

Obama’s supporters claim he did stand up to Russia by deploying sanctions after the election to punish them for their actions. But, Obama, according to the Washington Post, “approved a modest package… with economic sanctions so narrowly targeted that even those who helped design them describe their impact as largely symbolic.” In other words, a toothless response to a serious incursion.

But don’t just take my word for it that Obama failed. Congressman Adam Schiff, who disgraced himself in this process by claiming collusion when Mueller found that none exists, once said that “the Obama administration should have done a lot more.” The Washington Post reported that a senior Obama administration official said they “sort of choked” in failing to stop the Russian government’s brazen activities. And Obama’s ambassador to Russia, Michael McFaul, said, “The punishment did not fit the crime” about the weak sanctions rolled out after the 2016 election.

The outlet even goes so far as to legitimize the questions that Republicans have been asking about who actually was involved in colluding with the Russians.

A legitimate question Republicans are asking is whether the potential “collusion” narrative was invented to cover up the Obama administration’s failures. Two years have been spent fomenting the idea that Russia only interfered because it had a willing, colluding partner: Trump. Now that Mueller has popped that balloon, we must ask why this collusion narrative was invented in the first place.

Given Obama’s record on Russia, one operating theory is that his people needed a smokescreen to obscure just how wrong they were. They’ve blamed Trump. They’ve even blamed Mitch McConnell, in some twisted attempt to deflect blame to another branch of government. Joe Biden once claimed McConnell refused to sign a letter condemning the Russians during the 2016 election. But McConnell’s office counters that the White House asked him to sign a letter urging state electors to accept federal help in securing local elections — and he did. You can read it here.

I guess if I had failed to stop Russia from marching into Crimea, making a mess in Syria, and hacking our democracy I’d be looking to blame someone else, too.

But the Mueller report makes it clear that the Russian interference failure was Obama’s alone. He was the commander-in-chief when all of this happened. In 2010, he and Eric Holder, his Attorney General, declined to prosecute Julian Assange, who then went on to help Russia hack the Democratic National Committee’s emails in 2016. He arguably chose to prioritize his relationship with Putin vis-à-vis Iran over pushing back against Russian election interference that had been going on for at least two years.

And then it goes a giant leap beyond that to say, “You cannot read the Mueller report, adding it to the available public evidence, and conclude anything other than Barack Obama spectacularly failed America.”

I haven’t seen any pigs fly yet, but it’s possible that some of you out there have video of which I’m unaware.

The problem is that they then deflect at the very end.

Subsequent investigations of this matter should explore how and why Obama’s White House failed, and whether they invented the collusion narrative to cover up those failures.

They didn’t “fail.”  They were complicit.  And the narrative was invented by the Hillary Clinton campaign, and it looks like the Justice Department and the FBI were complicit.The truth about the Hillary campaign and the Russia lies were hatched early on.

I’ll say this, and have said it for over two years now, if President Trump does not bring justice on Hillary Clinton, as he promised the American people, and Barack Obama, you will clearly understand that he is not what you think he is.

Do I hope he will?

Of course, and would happily admit my cynicism was wrong.

However, until that occurs, the rest of everything surrounding both the Mueller investigation and anything that may come of future investigations into this is not to deal with the real criminals and traitors in our midst.

It is for political theater to build up the base to maintain power to continually put Americans under the boot of the Beast.