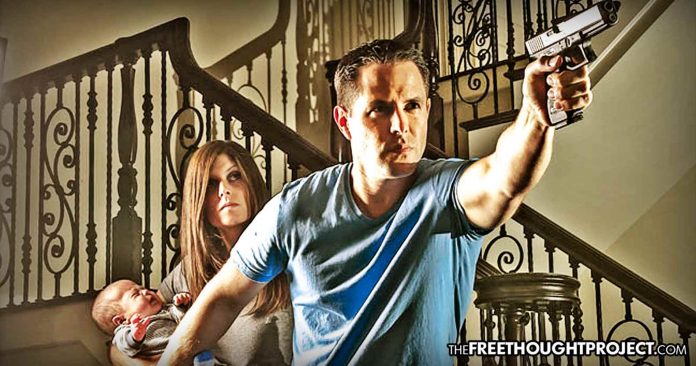 Louisville, KY — Every time we hear the argument about “how society doesn’t need guns to protect themselves” another example surfaces of a member of society protecting themselves with a gun. Recently, on NPR, a guest claimed that she didn’t understand why someone would need a gun because she had never heard of anyone preventing a crime or defending themselves with one. Obviously this is a complete farce, not true, and as the incident below illustrates, it happens quite often.

Tina Burton explained to WDRB this week that she was horrified when she woke up around 7 a.m. on April 14 to a text from her daughter saying that 38-year-old Donald Oliver was in her room — getting naked. He’d broken in, made his way to the 12-year-old’s bedroom and began stripping as if he was preparing to rape her.

“He got undressed in my daughter’s room,” Burton said. “Like, what was your intentions? … You are sick.”

Given Oliver’s history of sexual abuse, the threat was grave.

Burton explained that her daughter didn’t panic despite this utterly terrifying situation unfolding in front of her.

Once the home invader was away from the kids, the family tried nonviolently persuading him to leave. Burton’s boyfriend, Ali Bracey said he made his way into the kitchen and yelled for Oliver to leave the house.

Oliver did not budge.

“I told him to get out, and he didn’t want to move. And he growled at me,” explained Bracey.

Again, the family tried to get Oliver out with the least amount of force possible, so Bracey grabbed a broom and began hitting the deranged home invader with it. But this proved to be ineffective as well.

At this point, Burton had retrieved a pistol from the back of the home and brought it to Bracey, who then opened fire on Oliver. Bracey said he fired six rounds into Oliver before he finally ran away.

“He ended up getting six shots, period,” Bracey said.

Oliver was apparently in some sort of psychotic state and was clearly not responding to the family’s attempts to get him to leave. Had Bracey not had a gun, who knows how things could’ve ended up.

Lucky for Burton and Bracey, they live in Kentucky — a state who has moved to increase the 2nd Amendment rights of citizens over the past years — instead of removing them. In fact, last month, Kentucky Gov. Matt Bevin signed a bill to allow anyone 21-years-old and over to conceal carry without a permit.

Had Burton and Bracey lived in California however, it would’ve been highly unlikely that they would have even had a gun. California citizens are forced to go through a multitude of permitting and licensing procedures including written tests.

In the last year, California has enacted what it calls the strictest gun laws in the country. But it’s not just California, a lot of other states are following suit.

As TFTP reported, in just the first six months after the shooting in Parkland and the president’s statement, the Giffords Law Center to Prevent Gun Violence recorded a whopping 55 new gun control measures in 26 states. That number is now far greater as states like Colorado pass “red flag” gun laws to literally do what Trump advocated for in Feb. 2018. They are taking the guns first and seeking due process second.

Colorado recently passed a similar law. The good news is that the overwhelming majority of elected sheriffs in the state—50 out of 62—have been outspoken against this measure. According to Weld County Sheriff Steve Reams, this law also puts cops in danger because they’d be showing up unannounced to steal people’s guns despite no crime having been committed.

Other sheriffs have even gone on record stating that they are willing to go to jail rather than enforce the law.

“I’m willing to go to my jail for it, the only exception would be a totally extreme case and most sheriffs would agree with that,” said Park County Sheriff Tom McGraw.

Refusing to enforce an immoral law is the definition of what a good cop does.

Taking away a human’s right to defend themselves and their family is the antithesis of freedom. As the above case illustrates, not only is it a violation of our most basic right to self preservation, but it removes these most essential tools to stop harm against our loved ones. 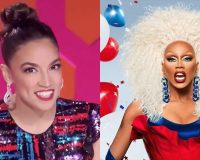