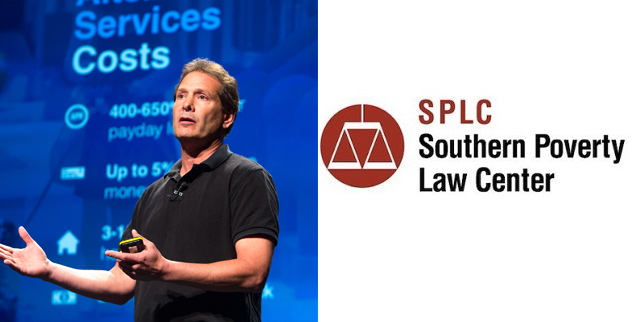 The United Constitutional Patriots, who made headlines on Thursday for helping catch hundreds of illegal aliens invading America through our southern border, announced Friday on Facebook they were banned by PayPal and all their funds have been frozen for 180 days.

The United Constitutional Patriots said they wanted to thank everyone who donated to their “Border Ops mission” but they “can no longer accept payments” through PayPal as “they have permanently suspended our account.” Even though the group knows the law and there’s no indication they broke it, the ACLU falsely suggested it was a “kidnapping” — even though the illegals were free to go at anytime — and dozens of media outlets used their false claim to imply their actions were illegal.

The ACLU, which has completely abandoned fighting for the rights of all Americans in favor of fighting exclusively for prog-globalism, also tried to imply they were “white nationalists” (even though the videos show they’re a diverse bunch):

The Trump administration has emboldened white nationalists to flagrantly violate the law.

This has no place in our country — we cannot allow armed civilians to kidnap and detain people seeking asylum.@ACLUNM is urging the governor to immediately investigate.

Every indication suggests PayPal kicked them off just because they disagree with their politics.

While the United Constitutional Patriots are punished by PayPal for trying to uphold the law and protect America, leftist groups are allowed to fundraise in support of law-breaking illegals aliens seeking to invade America without any issue!

“As PayPal aligns itself with America’s hard left and seeks to politically weaponize the financial system, state and federal consumer finance and banking regulators have a moral obligation to evaluate the need to immediately start investigating this development and its injurious impact upon consumers,” Perkins said.

Big Tech and the big banks are using their immense power to engage in social engineering and blatant political discrimination. Their interference in our political system is beyond anything the “Russians” could ever dream of!