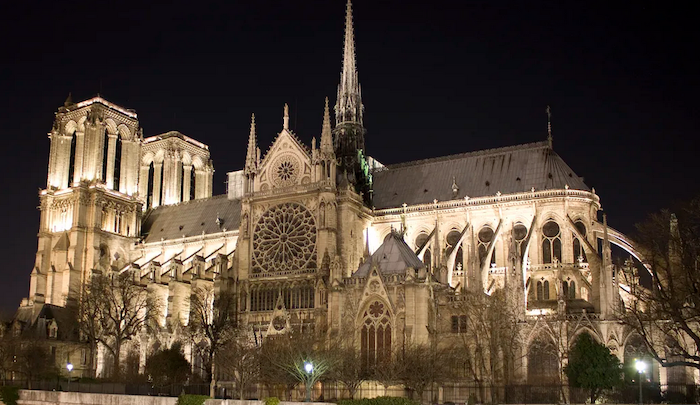 I received this email from a French-speaking contact. The tweets at the link are in French, but the summary provided here is sufficient to give you an idea of what is being said. The fact that the Africans pray on site indicates that they are not just Africans, but Muslims, and their hostility to the French may be a result of the contempt that the “best of people” (Qur’an 3:110) often have for “the most vile of created beings,” i.e., unbelievers (Qur’an 98:6).

Does this mean that the Notre Dame fire was an arson jihad attack? Absolutely not. Once again, however, it raises the possibility that it could be, and the question of whether or not the French government has the will even to investigate a possibility that could be so politically explosive, or to tell the truth about what it finds if it shows up its policies in a negative light.

Will there be such an investigation?

Will the renovation workers at Notre Dame be looked into?

Or would the political fallout be too great for the Macron government if something inconvenient was found?

Here is a link to a series of tweets by a French traditional stone carver who worked on different monuments’ sites including Notre-Dame cathedral. He tells of his experience of seeing many African workers hired “who hate us” and “pray on the site”, one attacking him and others physically, that he was fired but not the African attacker, his complaint at the police station where a female police officer started deafeningly screaming after him when he mentioned the attacker was African, that she wore a hand of fatma on a necklace, which is a North African symbol.