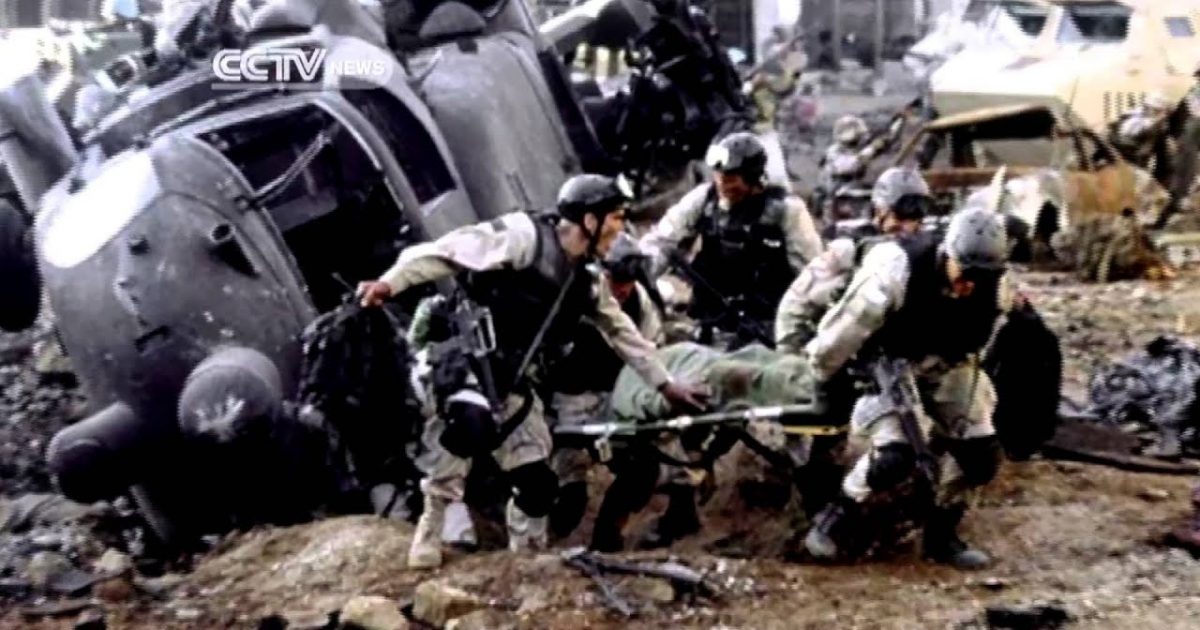 Our brave boys are dead while this lowlife dances on their graves in Congress.

First, she sanctions 9/11 jihad, now this. Imagine, Pelosi appointed this jihadi to the Foreign Affairs Committee.

The United States Army was the villain in the “Black Hawk Down” incident in Somalia, U.S. Rep. Ilhan Omar, D-Minn., wrote in a 2017 Twitter post. 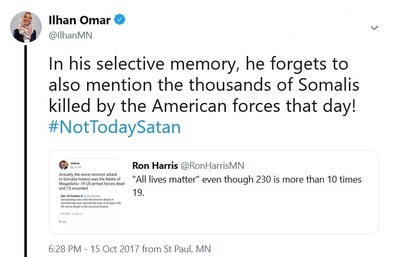 “In his selective memory, [the writer] forgets to also mention the thousands of Somalis killed by the American forces that day! #NotTodaySatan,” Omar wrotewhile still a Minnesota state legislator.

Omar has repeatedly generated controversy, largely for anti-Semitic statements about Israel which employed old canards about Jewish power and money. House leaders forced her to apologize in February after she tweeted “It’s all about the Benjamins baby,” referring to American Israel Public Affairs Committee (AIPAC) alleged spending and its purported influence on American policy.

A few fringe characters have reacted to the Omar controversies by making threats against the congresswoman. Omar is an elected official, however, and her viewpoints remain a fair point for debate despite those hateful acts.

She also is building a record of inaccurate statements. Most recently, she incorrectly said that the Council on American-Islamic Relations (CAIR) was founded after 9/11, when “some people did something” and Muslim Americans faced new civil rights threats. Many critics saw the “some people did something” line as minimizing the magnitude of the al-Qaida attack on America. But as a basic fact, CAIR – her host that night – was formed in 1994 as an outgrowth of a Muslim Brotherhood-created Hamas support network in America.

“Losses taken on the Somali side came as a result of their attempts to ambush our ground convoy and flight of aircraft. Our forces, being vastly outnumbered, fought to save their own lives. All the Somali militia had to do was walk away, but they persisted,” Mike Durant