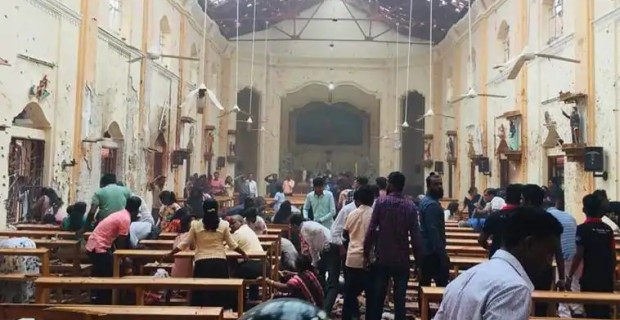 In an address to the nation’s parliament, Sri Lanka’s Defense Minister said that the Islamic terror attacks on luxury hotels and churches which killed nearly 300 people and injured hundreds more were a response to the New Zealand mosque shooting.

“Investigations reveal that this attack was carried out in response to the Christchurch Mosque Attack in New Zealand on Muslims. There was a security lapse leading to this devastation in Sri Lanka,” said Ruwan Wijewardene.

The defense minister confirmed that two domestic Islamist terror groups were responsible for the bloodshed.

50 people were killed and 50 injured when a 28-year-old Australian white supremacist attacked two mosques in Christchurch, New Zealand on March 15.

Quite how murdering hundreds of Christians in a totally different country is a legitimate response to the actions of a single lunatic in New Zealand remains unknown.

As we previously highlighted, while world leaders were quick to offer condolences to the “Muslim community” following the mosque attack, many of them appear afraid to even use the word “Christians” when discussing the Sri Lanka attack.

Meanwhile, the media has once again made the issue about the reaction of the “far-right” and not the fact that Christians are the most persecuted and killed religious group on the planet.