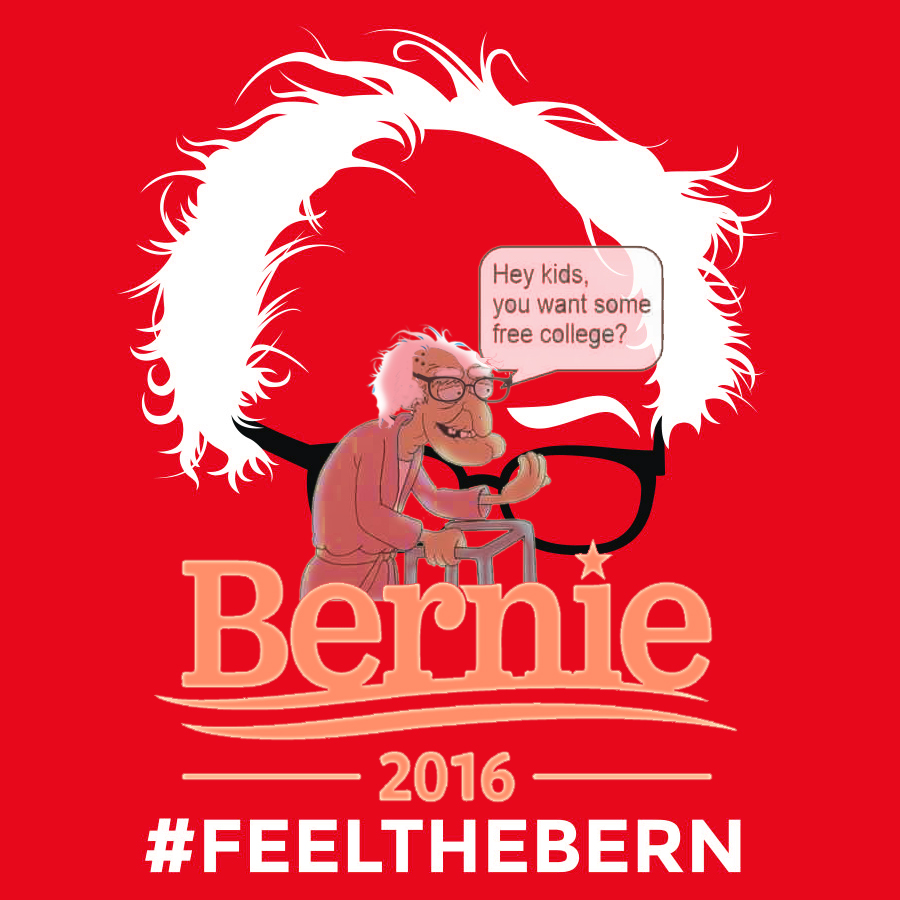 Editor’s Note: In the last decade we have witnessed Bernie Sanders show more and more of his true colors. Many of us once brushed him off as a decent guy with bad ideas (like Jimmy Carter). These days we are seeing him more and more as just another lying politician with a good, but deceitful, cover story.

“Nobody should earn more than a million dollars,” Bernie Sanders declared in 1974.

During his original Senate run, the socialist candidate claimed that “concentrations of wealth” were the greatest threat to America and could be ended with a 100% tax on wealth over $1 million a year.

In 2016, Bernie Sanders made over $1 million. He didn’t self-impose a 100% tax on his own wealth. That same year he gave less than 1% of his income to charity and bought a third home. As a young man, Bernie had claimed that a million was more money than anyone could spend in a lifetime. Now that he had a million, he discovered just how many things he could enjoy spending all that filthy lucre on.

In the early days of his campaign, Bernie’s fans touted him as the sort of ordinary guy who flies coach and gets scrunched in there with the rest of us. Then the money began pouring in and Bernie chartered a Delta 767 and took a jaunt to the Vatican to meet Pope Francis with the mostly empty plane serving a menu of lobster sliders, crab salad, red lentil soup, herb crusted lamb loin, chocolate ganache, fine cheeses and white wine. As the old Soviet anecdote went, Bernie was finally living under communism.

“You don’t necessarily need a choice of 23 underarm spray deodorants,” Bernie had ranted about the economy. A year later, he had discovered that he needed a choice of lamb loin or lobster sliders.

And Bernie Sanders was willing to do anything to hang on to the good life. Even campaign for Hillary. As long as his nemesis was willing to charter the bill for his private jets so he could fight the 1 percent.

“I’m not shocked that while thousands of volunteers braved the heat and cold to knock on doors until their fingers bled in a desperate effort to stop Donald Trump, his Royal Majesty King Bernie Sanders would only deign to leave his plush D.C. office or his brand new second home on the lake if he was flown around on a cushy private jet like a billionaire master of the universe,” Hillary’s rapid response director groused.

After Hillary lost, Bernie continued spending six figures on private jets. He had discovered that a million dollars could buy you the privilege to avoid not only coach, but rubbing elbows with the proletariat.

Bernie Sanders may be pushing socialized-medicine-for-all, but when he develops a serious medical problem, he’ll jet off to the best hospital in the world, while you wait around for the death panels. There will be no rationing of procedures and no delays while fourteen different components of the medical system debate who will pay for what. He will get the care he wants. And he’ll get it while you bleed.

The best medical care, like a third home or a jet, is something you can buy. And Bernie is willing to buy. He just doesn’t want the herd of rabble he is running to rule to have the same privilege that he does.

In his old age, Bernie is getting pretty testy about a bunch of socialist punks challenging him over his wealth. “I didn’t know that it was a crime to write a good book which turns out to be a bestseller,” he told the good people of Gary, Indiana while trying to sell them one-size fits all marching band uniforms.

But the average American would have more luck following in the footsteps of Andrew Carnegie or Jeff Bezos. Bernie Sanders isn’t writing best-selling books because he’s the next Stephen King. You too can be a millionaire if you convince a German corporation owned by billionaires that millions of gullible idiots will buy anything with your name on it. And if you can afford to pay someone else to help.

Outsider in the House, Bernie’s original memoir, was co-written with an English prof. Our Revolution had just one author. But a ghostwriting and editing firm noted that copy-editing on Bernie’s book had been done by Tom Cherwin, who bills himself as a “ghostwriter and editor”. Bernie’s latest tax return shows a $10,000 editorial payment. That’s a sizable payment for merely editing Bernie’s rantings down to size.

There’s no crime in selling your gullible followers a ghostwritten book and then using the checks that the billionaires making money off your class warfare tract send you to live it up. Making money isn’t a crime.

But Bernie is making it clear that he’s no longer opposed to millionaires. After all he’s part of the 1%. His latest tax proposal is named the “For the 99.8 Percent Act”. Forget the 99%. After making a few million, Bernie is shaving off .2% to make room for him and other struggling socialist millionaires fighting the influence of wealth and power by those who, as of right now, have more of it than he does.

“We are the 99.8%,” is the new fractional message of the fractional candidate.

The proposal starts with estates of $3.5 million. Bernie’s own fortune is estimated at $2.5 million.

The theme here is, “Tax everyone richer than me.” The old socialist still believes it’s a crime to make too much money. He just upgraded his estimate of what too much money is. $2.5 million is just right. But when you’ve got $3.5 million, then you’re suddenly a capitalist oppressor of the proletariat.

“Our bill does what the American people want by substantially increasing the estate tax on the wealthiest families in this country and dramatically reducing wealth inequality,” Bernie declared of his plan to target the 0.8%.

But what of the Americans who might still want to target that other 0.2% that Bernie occupies? Go and write a best-selling book and stop bothering him. A man works hard all his life denouncing millionaires, makes his first $2.5 million, and suddenly a bunch of socialists start acting like his money is a crime.

Maligning the 0.8% doesn’t have the same rhetorical heft as the 1%. That’s why Senator Elizabeth Warren, his fellow socialist millionaire, has a plan to target “ultra-millionaires”. They, like the 0.2% are the people wealthier than the self-proclaimed American-Indian and her paleface Hahvadh husband.

Warren’s estimated net worth is around $10 million. So she’s going after those with $50 million.

Bernie and Liz both believe that money is the root of all evil. But only evil people have more of it than they do. Envy is simple human nature. That’s why the Ten Commandments are none too fond of it. And why progressives are none too fond of the Ten Commandments. It’s natural to believe that I earned my money the hard way, but that the gains of anyone who gained more than me are ill-gotten.

Leftism just codifies this nasty trait into a conspiracy theory posing as an economic theory. And Bernie Sanders and Elizabeth Warren show us the exact numerical correlation between wealth and envy.

Bernie is convinced that his dubious sources of wealth are moral. He put his name on a book, durn it. Warren is equally convinced that there’s nothing wrong with the even more dubious ways that she amassed her wealth. But that “great concentrations of wealth” are an evil that we must fight.

They are passionate about imposing 50% and 77% tax rates on anyone wealthier than they are.

As a millionaire, Bernie is still a class warrior. He’s just in a class of wealthy men who fly private jets and rant about the evils of the men who own private jets. The goal posts of class warfare always move to transform anyone poorer than you into the working class and anyone richer into an evil capitalist.

In Los Angeles, I see Bernie bumper stickers on BMWs, Teslas and sports cars worth millions. I see Bernie signage on houses worth tens of millions. The owners, like Bernie, see no contradiction in their politics.

Socialism takes from some and gives to others. Bernie Sanders and Elizabeth Warren didn’t get rich and famous by accidents. They’re ambitious lefties with no scruples who were hungry for what others had. And, whether they had to go through asbestos victims or millennial dupes, they got what they wanted. It’s not the American Dream. But it might just be the Cuban Dream. Or the North Korean Dream.

Now that they’re in the 1%, they want what the 08% has. And if they make it into the 0.8%, they will inveigh against the 0.6%. If they became billionaires, they would argue fiercely that their billions are moral, but that it’s time we did something about the scourge of anyone with $10 billion or more.