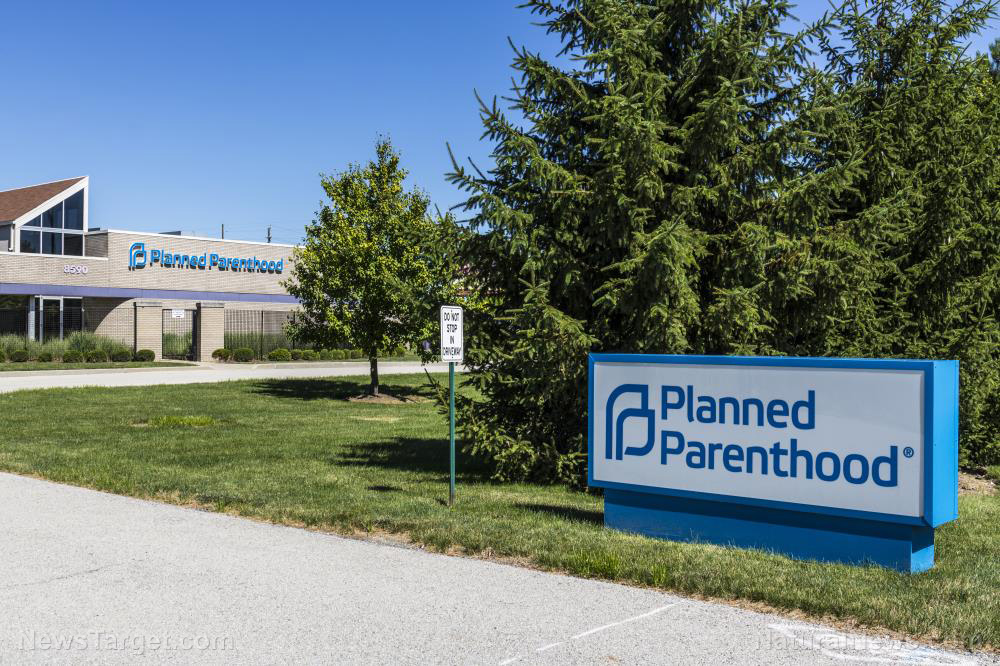 (Natural News) In a recent show of extreme political bias, Google billed the pro-life film Unplanned as “propaganda.” The documentary follows the real-life story of Abby Johnson — a Planned Parenthood director who opened her eyes and ultimately became pro-life. Now, Google is facing a massive backlash for their subtle dig at the film. While the tech giant’s leftist leanings were already public knowledge, the unwarranted labeling of pro-life content as “propaganda” is a blatant attack not only on the movie itself, but the entire concept of free speech.

If Google has given themselves the power to label certain types of content as “propaganda,” it will not be long before all conservative-leaning speech is labeled as such. Never mind the blatant irony of calling a pro-life documentary “propaganda” while shows like The Handmaid’s Tale are on parade.

Unplanned is the true story of Abby Johnson — and Google still called it “propaganda,” presumably because the film’s message doesn’t align with their far left ideals. Hollywood is full of people trying to push an agenda, and no one ever bats an eye over it — as long as they stick to the party line. But the moment any kind of conservative or right-leaning point of view makes to the big screen, suddenly its “propaganda” to put your political leanings up for show.

It’s safe to say there are probably many conservatives who are tired of liberal propaganda being inserted into every film they see and every show they watch on TV. Heaven forbid there be even one documentary that isn’t about the liberal point of view.

When the pot calls the kettle “black”

Who knew that “propaganda” was a movie genre? @Google once again exposing its gross political bias. @UnplannedMovie pic.twitter.com/jOh6TlqQ7C

Google must be suffering with some serious cognitive dissonance to even consider using the word “propaganda” to describe anything. The search engine has long been accused of acting as a leftist propaganda machine — and their actions against Unplanned certainly fit that description. As a search engine, Google has a direct line to influence the public, simply by controlling what they see when they search certain terms. And by controlling the information people are given access to, Google can ultimately influence how they think.

Google has repeatedly come under fire for censoring conservatives. While a company spokesperson says that Unplanned was labeled “propaganda” by its “Knowledge Graph” AI. Apparently a “large volume” of web content about Unplanned called it “propaganda,” so Knowledge Graph labeled it as such with no oversight.

Essentially, what this means is that Google is now relying on subjective opinions to determine the veracity of facts. What could go wrong?

Google has changed the way it bills the film; now it is simply called a “drama.”However, this labeling still undermines the accuracy of the documentary. No one would argue that Unplanned presents an unapologetic pro-life stance, but that doesn’t mean it is inherently propaganda.

While there are many variations, propaganda is defined as the spread of information (usually misinformation) to manipulate public opinion, often for political purposes. Almost everything you read, hear and see from the mainstream media could fall under the “propaganda” umbrella, in one way or another. Most media today, whether you’re talking about mainstream reporting or the latest movie, has a distinct liberal bent — and none of that gets named as “propaganda,” even though it very well could be, and often is.

As writer Christian Toto reports, there are a number of pro-choice films and shows — and none of them have been labeled “propaganda.”

“We tell the true life story at Abby Johnson. The last time Planned Parenthood challenged her version of events —in court — the judge threw out all charges, without Abby even having to mount a defense. And yet, many in the media slavishly insist it’s Abby who’s lying… and Planned Parenthood that’s telling the truth,” Konzelman commented.